We’ve all taken a wrong turn at some point in our lives, but Norwegian Jarl Magnus Riiber’s navigational error proved costly in the Nordic combined men’s individual large hill/10km competition at the Winter Olympics yesterday.

At one point a runaway leader in the event, Riiber lost 40 seconds after skiing into the wrong lane at the end of the first cross-country loop.

“It’s a silly mistake and it’s not fun to show the world that I’m maybe wasting a gold medal on that,” Riiber told reporters.

“But on a normal day with that mistake as well, I would be in the fight. I’m a good sprinter and I would fight for the gold anyway,” added Riiber, who tested positive for COVID-19 earlier in February. 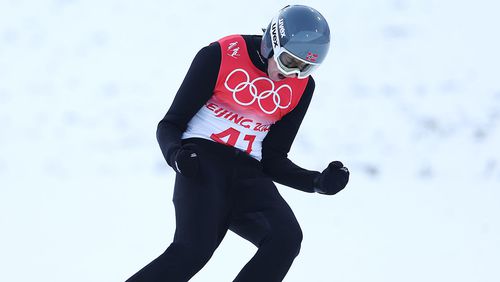 His Norwegian teammate Jørgen Graabak took advantage to win the gold, with Riiber finishing in eighth.

“Of course, I wouldn’t wish that on anyone, to go wrong at the Olympics,” Graabak told reporters.

Eight years after winning the same event in Sochi 2014, Grabaak’s trademark late surge gave the Norwegian his fifth Olympic medal overall and second of the Beijing Games after winning a silver in the normal hill event.

“It demanded everything I’ve got, so I’m really, really tired at the moment. It was a really tough race, starting over two minutes behind. I didn’t think it was possible,” said Grabaak. “It’s unreal, I don’t know what to say.”