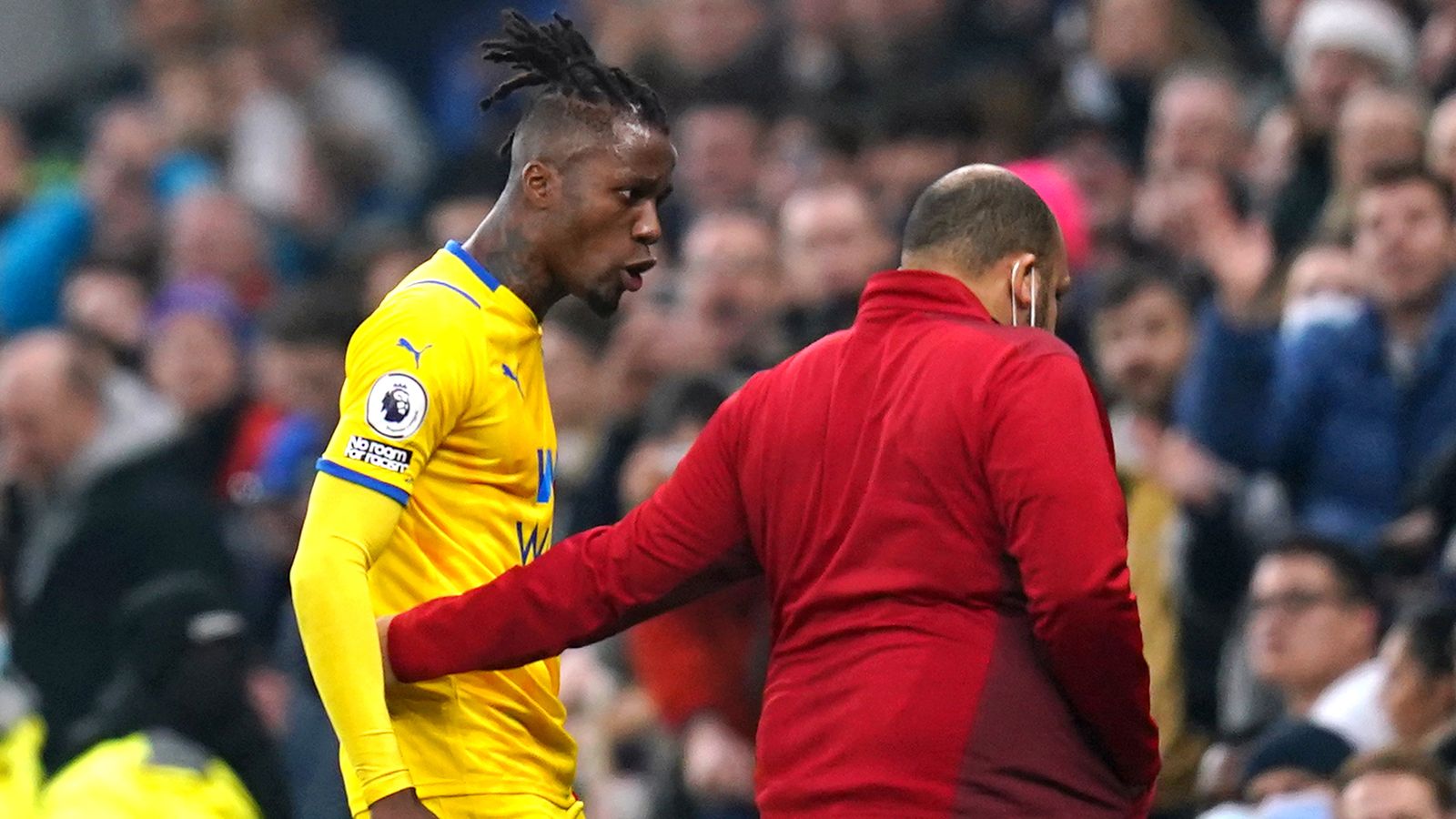 Watch the action live on Sky Sports Darts this evening starting at 7pm with Jeroen Price and Johnny Clayton in action.

Accident: During Crystal Palace’s 3-0 defeat to Tottenham, Wilfried Zaha compounded his team’s problems with an unnecessary red card before the break. Eleven minutes after receiving his first yellow card, Zaha foolishly threw his arms at Davinson Sanchez and was sent off by referee John Moss.

Dermot says: For Zaha’s first yellow card, the referee thinks he hit his ankle and considers it a reservation. These two had been running around for the better part of the afternoon. As for the second booking, the only sure thing you can say is that if you used a yellow card, what he did was too risky.

If you manage to stay on the field with a yellow card after doing what he did, you are very lucky. I’ve got a Christmas present. I don’t think he could have any arguments at all.

Accident: Alexandre Lacazette hits Kenny McClain on the ground when it was 2-0 but referee Graham Scott was not interested and the VAR concluded that there had been no foul.

“There was a call, he said there wasn’t enough,” McClain said. “I don’t know how much contact there has to be for a penalty.”

Dermot’s rule: a tight call. It is not enough to overturn the decision on the ground.

Dermot says: This is going to be moot as people will see it in different ways. I wonder how much power there is, but what you’re going to say is that Lacazette is taking a huge risk doing that. What makes the verdict swing in my opinion is the way it came down. He may think that there is minimal contact.

The referee on the field knows how much contact there is in that but the only certainty is that VAR will never overturn the decision on the field in this case. I don’t feel like there’s enough connection, but that’s the rule of thumb.

I don’t think the VAR will send the referee to the screen here because I don’t feel it is a clear and obvious mistake.

Incident: Southampton were awarded a penalty after they beat West Ham defender Craig Dawson by Armando Bruga before dropping him on the edge of the penalty area. Referee Kevin Friend consulted the sideline observer before awarding the penalty, which was clinically sent by James Ward-Prowse.

Dermot says: The VAR process on this decision was very good because the referee, if you see where he is, he can’t see the players or where the accident happened.

Dawson goes to cut him out of the box and continues in the box. Because the foul continues in the penalty area, they can then award a penalty. I think the VAR [Craig Pawson] was really good because it identified all of that and gave it back to Kevin. Then he saw it on screen and felt it was a punishment, and it was.

Incident: Manchester City broke out in the first half against Leicester, doubling their lead with the first penalty shootout after Yuri Tillmans considered a shot at Aymeric Laporte in the penalty area. Brendan Rodgers, president of Foxes, felt it was a poor decision.

Dermot says: I would definitely say yes, for a number of reasons. This really started before the corner came. The judge stopped them. Tielemans never looks at the ball once, catches it and turns around. Chris Kavanagh didn’t find out because he was looking at Kelechi Iheanacho.

This is where the combination of [verdict and VAR] was really good. It was clearly a fault of the Tielemans. One player looks at the ball while the other doesn’t. Tielemans is bent on blocking his opponent. Once he wraps his arm around to pull him to the ground, the referee is obligated to give a penalty.