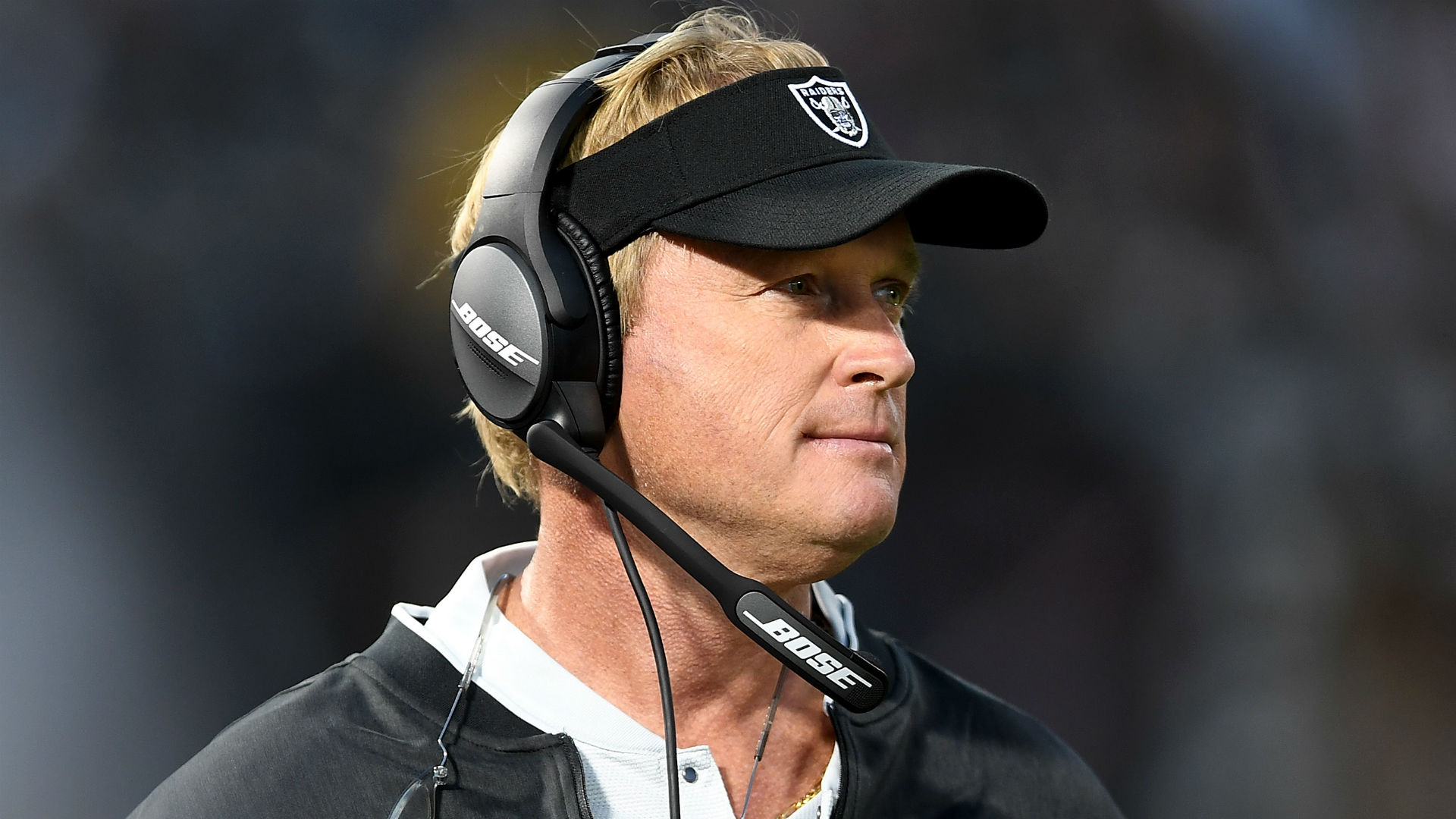 Jon Gruden is no longer the coach of the Raiders. He resigned on Monday night after emails he sent between 2011 and 2018 — which contained racist, homophobic and misogynistic language — were leaked to the media.

Gruden confirmed his resignation, which Las Vegas owner Mark Davis accepted, in a statement via the Raiders.

“I have resigned as head coach of the Las Vegas Raiders. I love the Raiders and do not want to be a distraction. Thank you to all the players, coaches, staff, and fans of Raider Nation. I’m sorry, I never meant to hurt anyone.”

MORE: Jon Gruden’s resignation, explained — the emails that led to him leaving the Raiders

Gruden originally made his return to coaching with the Raiders in 2018. He returned to the franchise that gave him his first NFL head coaching opportunity to work with Derek Carr, fix the team’s lackluster offense and help navigate an eventual move to Las Vegas.

He was paid handsomely to do that too, as the Raiders awarded him with the richest coaching contract in coaching history to leave the “Monday Night Football” booth.

What will happen to Gruden’s contract now? Here’s everything you need to know about the state of his mega-deal following his resignation.

Gruden signed a 10-year contract worth $100 million when the Raiders hired him in 2018. It is the richest coaching contract in NFL history in terms of the total contract value.

Gruden’s deal also included in it a no-trade clause. He was traded from the Raiders to the Buccaneers at the end of his first stint with the Raiders in 2001. The Raiders received two first-round picks, two second-round picks and $8 million in cash in exchange for Gruden, who signed a five-year, $17.5 million contract with the Buccaneers.

Tampa Bay defeated Oakland in the 2002 Super Bowl during Gruden’s first year in charge of the Buccaneers.

What will happen to Jon Gruden’s contract after his resignation?

The remaining balance of Gruden’s deal will be voided as a result of his resignation, as Tashan Reed of The Athletic reports.

The NFL Network and ESPN have both reported that #Raiders coach Jon Gruden has resigned. Obviously, that would mean he forfeits the remainder of the reported 10-year, $100 million contract that he signed back in 2018.

Gruden was in the fourth year of his contract with the Raiders. He would have had six years and $60 million remaining on his contract following the 2021 NFL season, so he will miss out on at least that much of his record-breaking contract.

It’s unclear how much of Gruden’s $10 million salary for 2021 had already been paid, but he will likely forfeit the remaining balance there as well.