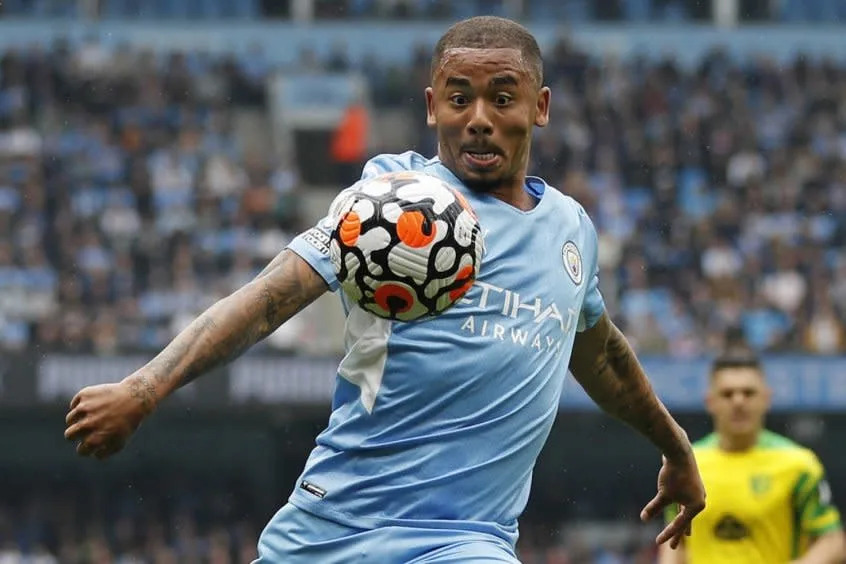 After deciding not to renew striker Paulo Dybala’s contract, Juventus set their sights on the transfer market in search of a new name for the sector. And according to the Italian press, Brazilian Gabriel Jesus, from Manchester City, is one of the targets of the Old Lady.

According to the newspaper “Gazzetta dello Sport”, the Turin team is willing to invest in the former Palmeiras player and can open its coffers for the athlete who turns 25 at the beginning of April. According to the portal, Juve would pay up to 30 million euros (R$ 157 million) to count on the number 9.

Gabriel Jesus’ contract with Manchester City runs until June 2023, at the end of next season, and the athlete will be able to leave the Etihad Stadium free of charge if he does not renew his contract by the end of this year. In this way, Juve will try to convince the English to get rid of the athlete in exchange for the money.

Juventus’ interest in Gabriel Jesus is nothing new. As the “Gazzetta dello Sport” itself revealed, the Old Lady tried to sign shirt 9 at the beginning of this season, but Manchester City asked for 50 million euros (R$ 303 million at the time) to negotiate him, a value that the Italians did not bumped into.

This season, Gabriel Jesus has played 29 matches for Manchester City, including 18 as a starter, with six goals scored and ten assists. In all, since 2017, when he arrived at the club, the striker has entered the field 224 times, scored 88 goals and provided 44 assists.

Also according to “Gazzetta dello Sport”, in addition to Gabriel Jesus, Juventus also monitors two other names for the attack: Nicolò Zaniolo, from Roma, and Giacomo Raspadori, from Sassuolo.

Juventus do not renew Dybala’s contract, who will be free on the market

With two goals, Paulinho is elected the best of the Bundesliga round; watch

Timo Werner hopes to leave Chelsea after this season

Dortmund vs Rangers: where to watch, schedule and lineups of the Europa League match