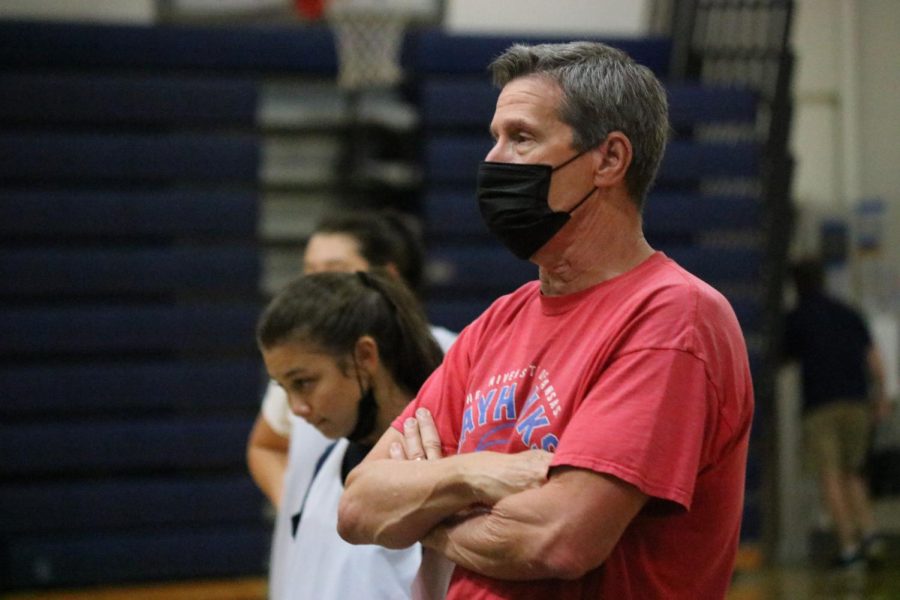 With the appointment of a number of new coaches, including the school’s new head coach, Richard Stevens, the JV girls’ basketball team is off to a great start to the season. Stephens has completed his pre-season training and testing, and the JV girls’ basketball team is getting acquainted with the new coaching staff.
Stephens was hired as a basketball coach with nearly 30 years of coaching experience, replacing university head coach Dan Mori after last season’s shortened COVID-19 season. Compensating for a shortened previous season is a challenge that Stevens has identified as a highlight this season.
“All we want to do is go back to the whole culture of exercising, playing hard, exercising five to six days a week, re-learning the sport,” Stevens said. “Freshmen, they didn’t play at all last year, and [current] sophomores and juniors barely trained for 4-6 games last year.”

However, this energy is seen as a big difference for players like junior defender Misha Zhou, who values ​​a very stressful training schedule physically and mentally.
“[Stephens] pushes us a lot and makes us work hard, but it will play better during our game,” Zhou said.
JV assistant coach Harry Kurup was positive about the new head coach, not just the players praising Stephens.
“I think he’s great, he’s very knowledgeable about the game, he’s been coaching for 30 years and I think I’ve learned a lot from him,” Kurup said.
Despite the success of the JV girls’ basketball team in the shortened season last year, the Scots have no plans to loosen their defenses in the near future.
“We’re going to have a full 24 games this year, and the other schools will be back this season, because I think everything will be very different from last year,” said sophomore midfielder Dana Budreo.
The first JV girls’ basketball games will take place in the coming weeks, and there is no limit to the players and coaches of this new team.