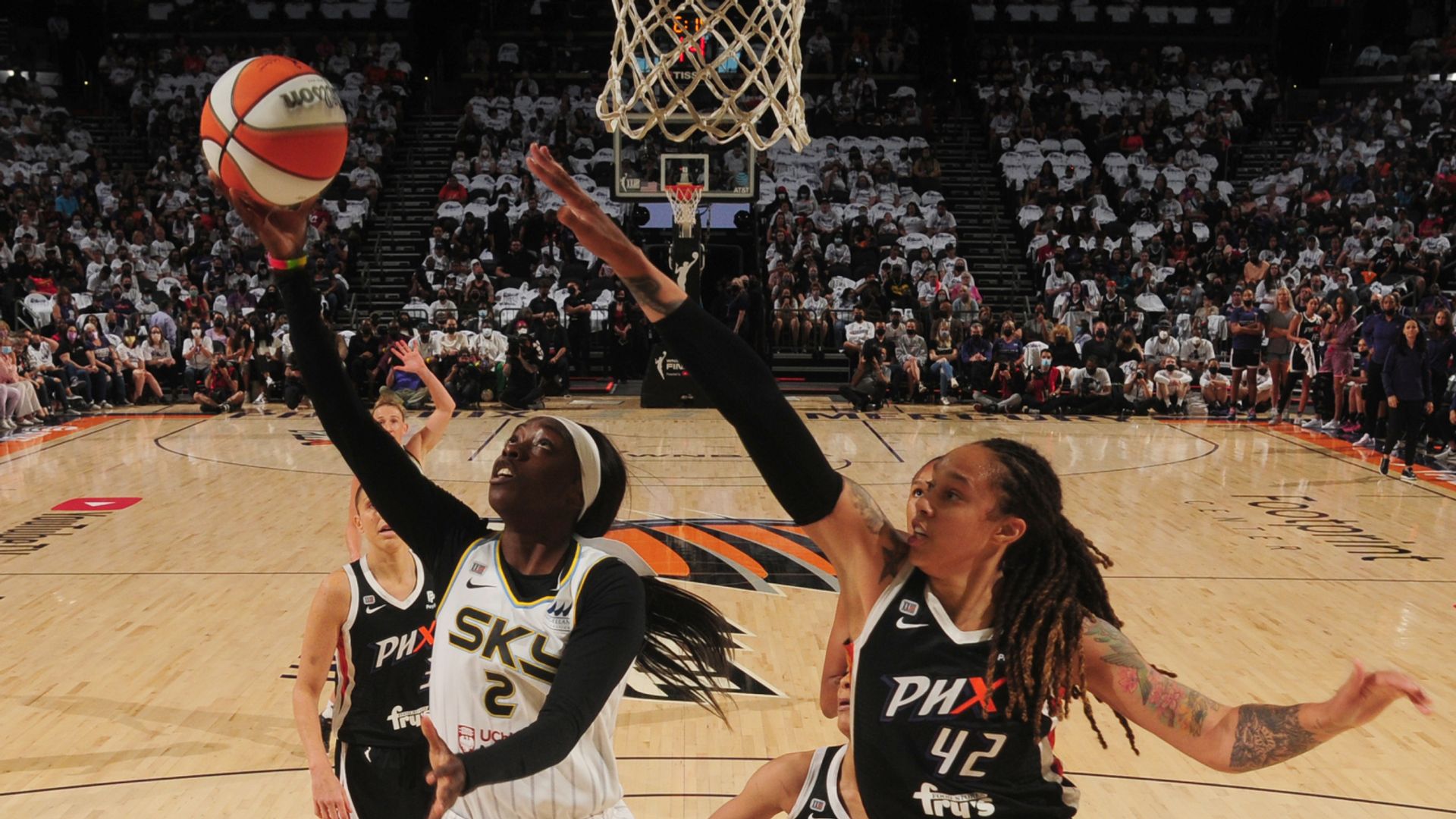 Kahleah Copper poured in 21 points and tied a career-high with 10 rebounds as the visiting Chicago Sky rolled to a 91-77 win over the Phoenix Mercury on Sunday evening in Game 1 of the WNBA Finals.

Game 2 of the best-of-five series is set for Wednesday night, also in Phoenix, which you can watch live from 2am on Sky Sports Main Event, Arena and Mix.

The Sky parlayed a dominating final four minutes of the second quarter into an 11-point lead at halftime. They extended the advantage to 13 points after three periods and to 23 points midway through the final quarter.

Phoenix fashioned an 11-0 run late in the game but it was too little, too late.

Six players scored in double digits for the Sky including Copper. Allie Quigley added 18 points, with Stefanie Dolson scoring 14 points off the bench. Candace Parker put up 16, Courtney Vandersloot contributed 12 points and 11 assists, and Azura Stevens added 10 points of her own.

Vandersloot’s playmaking was made all the more impressive by the fact that her 11 dimes came without any turnovers, meaning she also became the first player in WNBA Finals history with at least 10 points, 10 assists, five rebounds and no turnovers in a game.

The Mercury led 25-20 after the first quarter behind 50 per cent shooting from the floor and a 4-for-6 showing from beyond the arc.

Phoenix led 29-20 after a running layup by Shey Peddy a minute into the quarter, but then scored just six more points until halftime, missing 12 of their final 14 shots in the period and committing 11 turnovers in the first half, their most in a half for the season.

All the momentum switched to the Sky midway through the second period, as they reeled off a 17-0 run to leapfrog to a 46-33 lead before settling for a 46-35 advantage at the break.

After an early Chicago run in the third quarter, the Mercury cut their deficit to 58-48 on a three-pointer by Diggins-Smith at the 5:33 mark. But the Sky answered with authority, pushing its advantage to 17 points on multiple occasions, including on a Quigley basket from long-distance before heading to the final period up 74-61.

Phoenix beat the Sky to win its most recent WNBA title in 2014, which was the last time either team has reached the league finals. The Mercury have been WNBA champions three times while Chicago is chasing their first league crown.