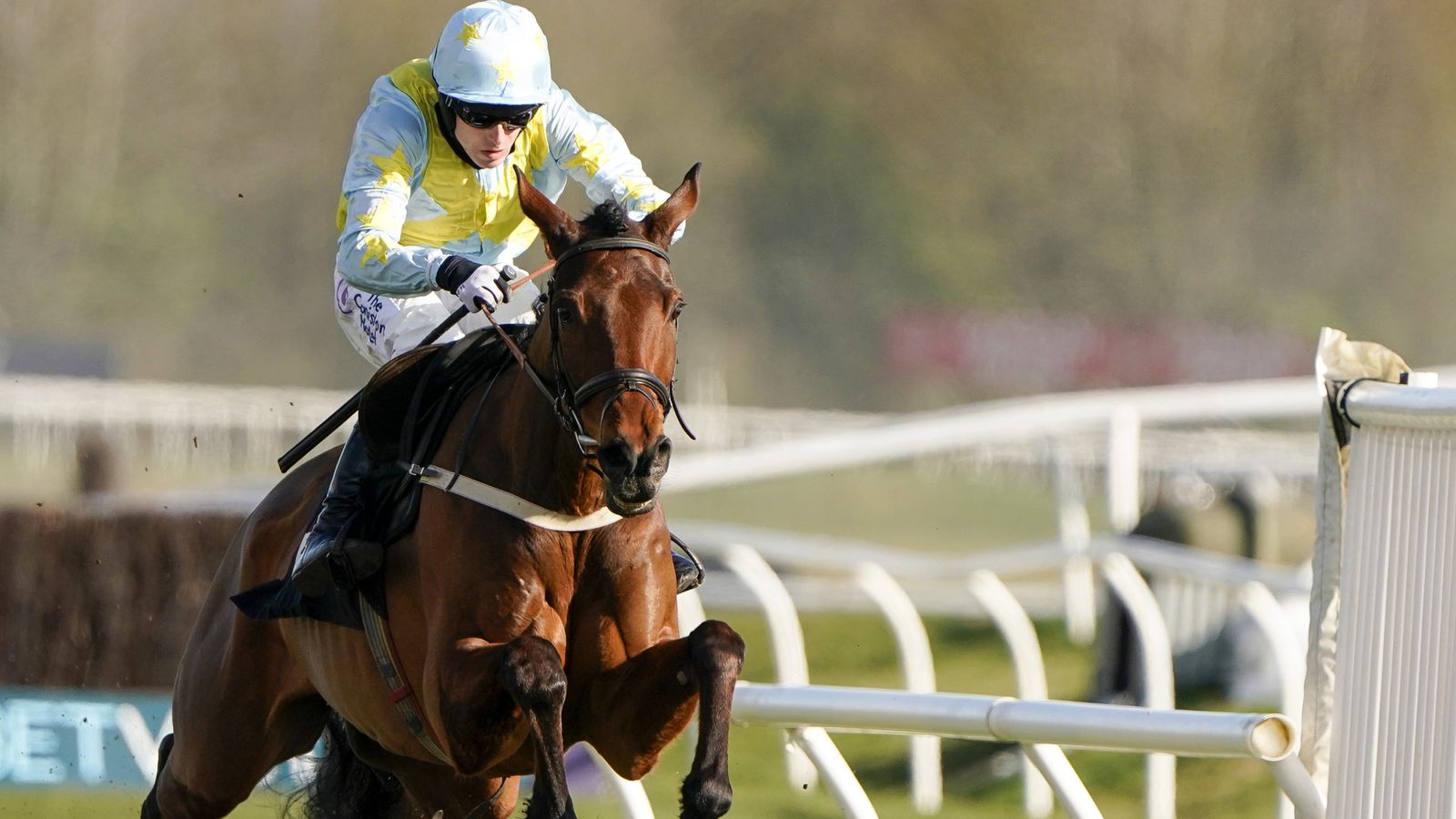 Alex Hales will wait until the last possible moment before deciding whether or not Millers Bank will take on Ahoy Senor and Bravemansgame in the Grade One Ladbrokes Kauto Star Novices’ Chase (In Memory Of Nigel Clark) at Kempton on Boxing Day.

A close-up third in the Aintree Hurdle in April, the seven-year-old produced a faultless display of jumping on his seasonal and chasing debut at Huntingdon, but unseated Harry Bannister two out when left in front in a four-runner Grade Two novices’ chase at Newbury last month, a race won by Nassalam.

While Millers Bank has the option of going up in trip to three miles at Kempton, the Edgcote trainer admits he could wait a week for Grade Two Dipper Novices’ Chase over two miles and five furlongs at Cheltenham on New Year’s Day.

“Lucinda (Russell) seems pretty set on coming down now with Ahoy Senor and you have (the Paul Nicholls-trained) Bravemansgame who definitely runs, and they are going to run Threeunderthrufive as well.

“I am just thinking of what might run in the Dipper outside of My Drogo.

“There aren’t that many high-quality chases over three miles, but on the other hand, should there be?”

Hales laughed: “We really need to be forced to take each other on – and here’s me trying to swerve Bravemansgame and Ahoy Senor and cherry-pick a win, where perhaps we should just throw our hat in the ring.”

Millers Bank looked certain to win when the Nicholls-trained Pic D’Orhy fell four out at Newbury and with that one franking the form by taking the Grade Two Noel Novices’ Chase at Ascot on Friday, Hales has every faith that Millers Bank can bounce back.

“At Newbury, his jumping caught us on the hop a bit,” said his trainer. “At Huntingdon on debut, his jumping was just sublime. He was very cold over the first three at Newbury, then he jumped well and got into a rhythm.

“Harry (Bannister) and I are in agreement – Paul’s horse fell and he got left in front and that was probably his weakness. He just had a bit to learn and was a bit inexperienced.

“He has schooled extensively since and he has been very good – and schooled this morning.

“He’ll definitely get three miles and he’ll have more of a chance to get in a better rhythm too, but I’m still undecided at the moment.”