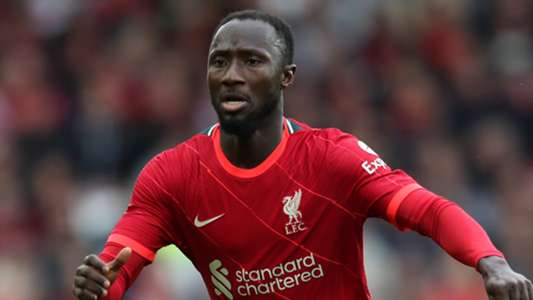 The Reds legend admits that the Guinea international is down the pecking order at Anfield, but that is no guarantee that he will look to move on

Naby Keita is down the pecking order at Liverpool, admits John Barnes, but a Reds legend feels a player that “can’t go anywhere until January” may be happy to fill a squad role at Anfield.

Much more was expected of the Guinea international when, at the end of a protracted transfer saga, he completed a big-money transfer to Merseyside in the summer of 2018.

Keita has been part of Champions League and Premier League title-winning sides, but struggles for form and fitness have seen him take in just 80 appearances and led to inevitable exit talk being sparked.

Speaking in association with BonusCodeBets, Barnes  told Goal when asked if Keita – who is under contract until 2023 – has a long-term future at Liverpool: “He hasn’t played many games since he joined but he’s been cursed with injuries.

“He has a future at the club, but I don’t know whether it’s going to be long term.

“Players don’t think long term, they think about whether they can get into the team this season, and obviously, he might think that he’s down the pecking order but he’s at the club, and he can’t go anywhere until January.

“Whether he has a long-term future at the club is up to him. He has a contract, and if he’s happy not to be playing every week, that’s his choice.

“It’s the same for every player, if they’re not playing, they’re unhappy so therefore they want to go to play more regularly, but we’ve seen players that stay at a club for four or five years without playing regularly so maybe Keita is one of them.

“But if you pick your best Liverpool team, Naby Keita wouldn’t be in it.”

Does Keita have a role at Liverpool?

The 26-year-old has taken in four appearances for the Reds this season, with three of those outings coming as a starter.

Jurgen Klopp is giving Keita opportunities to prove his worth, but Liverpool are well-stocked for central midfielders and competition for places is fierce.

The likes of Jordan Henderson, Fabinho, Thiago Alcantara, Alex Oxlade-Chamberlain, James Milner and Curtis Jones are all looking for minutes in that area of the field.

Keita will need to raise his game in order to nail down a regular role, while steering clear of the injury struggles that have held him back at times, and it remains to be seen whether fresh terms will be put to him as part of a productive run for Liverpool on the contract extension front.