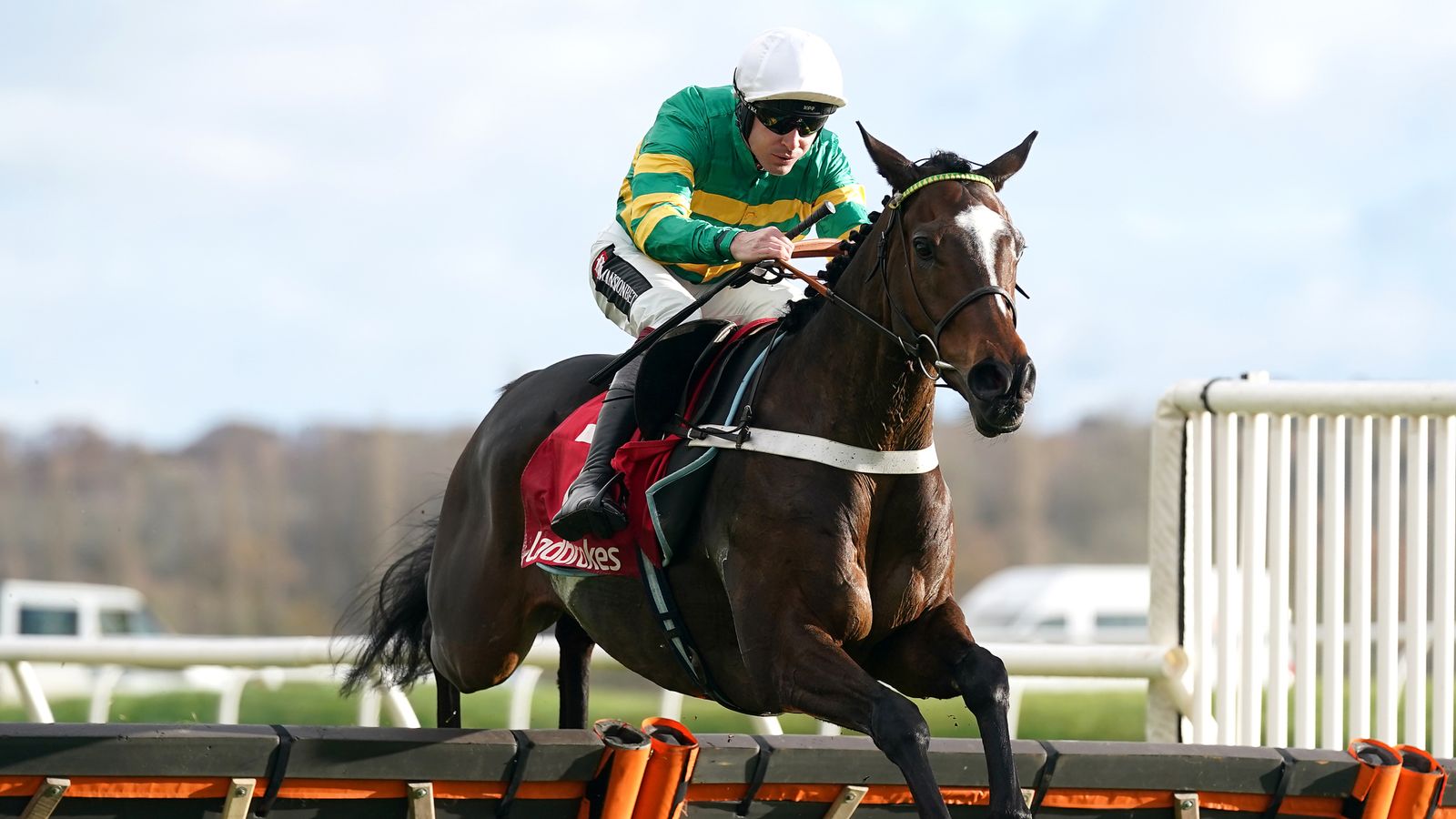 Jonbon is set to make his next appearance at Ascot on Friday as he leads the line-up for the Howden Kennel Gate Novices’ Hurdle, live on Sky Sports Racing.

Already favourite for the Supreme Novices’ Hurdle at Cheltenham in March, the five-year-old carries the weight of great expectations as he is the full-brother to Willie Mullins’ superstar chaser Douvan and won his sole point-to-point start by 15 lengths last November.

Bought by JP McManus for the recording-breaking sum of £570,000, the Walk In The Park gelding was then transferred to the Lambourn yard of Nicky Henderson and has since run in a bumper and a novice hurdle, winning both by a comfortable margin.

The Grade Two Kennel Gate represents a step up in calibre – but one the bay is entitled to make based on his prior form.

“Nicky said he’d come out of the last race well and we’re looking forward to seeing him run there.

“He did it nicely the last day, he’ll have come on so let’s hope he can go and do something similar on Friday.”

Berry also confirmed Epatante, another Henderson-trained and McManus-owned runner, is on track for the Ladbrokes Christmas Hurdle at Kempton on Boxing Day.

The mare began her season with a dead-heat victory in the Fighting Fifth Hurdle at Newcastle last month, a win she shared with Hughie Morrison’s Not So Sleepy after the judge deemed the two inseparable as they crossed the line.

That triumph was her second Fighting Fifth success and she will now bid for two Christmas Hurdle titles, having first taken the race in 2019 on the way to Champion Hurdle glory a few months later.

“She’s all good, she’s come out of it (Fighting Fifth) very nicely and Nicky is very happy with her,” Berry said.

“The plan is very much to go there (Kempton).”