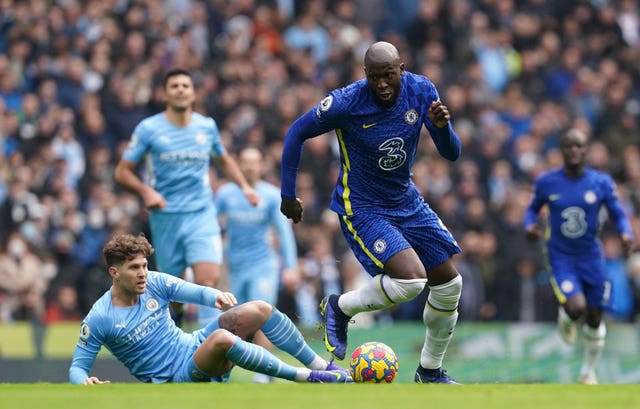 Kevin De Bruyne insists there can be no easing up now after firing Manchester City closer to another Premier League crown with a superb winner against Chelsea.

The Belgian playmaker produced a moment of magic 20 minutes from time to settle a tight battle between the title rivals at the Etihad Stadium on Saturday.

It was a potentially decisive blow in the race, lifting the champions 13 points clear of the Londoners at the top of the table.

Regardless of whether Liverpool can cut into the lead – the Merseysiders have played fewer games and still have to visit City – it would take a remarkable turnaround for Pep Guardiola’s men to be denied a fourth title in five years.

De Bruyne is not looking at it that way yet though, vowing to maintain the focus that has seen City chalk up 12 successive league wins.

“It’s the same mentality for me – you go game by game, you work hard in training and try to win at the weekend. That’s the only thing we can do really.

“Obviously, we prefer to be here (ahead) than to be behind but we keep going with what we’re doing and then we’ll see what happens.”

City needed to dig deep to prolong their winning sequence. Despite dominating throughout, the hosts were restricted to few clear-cut chances by a disciplined Chelsea.

It took De Bruyne’s flash of brilliance to make the difference. The midfielder collected the ball just inside the Chelsea half, broke away from a crude attempt to stop him by N’Golo Kante and curled home when he reached the edge of the area.

“It was a nice goal but, in the end, the win is what makes it really a good feeling because if we don’t win, it doesn’t really matter,” said De Bruyne, who has now scored five times in the Premier League against the club where he had an unhappy spell early in his career.

“I think we played really well. I think we put them under pressure and played the game that we needed to play.

“We were very patient, we knew we weren’t going to create too many chances but the one goal was enough and, obviously, the momentum keeps going.”

Despite being on the back foot for most of the game, Chelsea did have some chances against the run of play, leaving manager Thomas Tuchel to bemoan his toothless attack.

Romelu Lukaku failed to convert two of the best openings, first opting to pass when well placed to shoot and later forcing a good save from Ederson.

“The performance in the opponents’ half was not good enough in the first half,” Tuchel said. “We need to step up and show more quality on this kind of level.