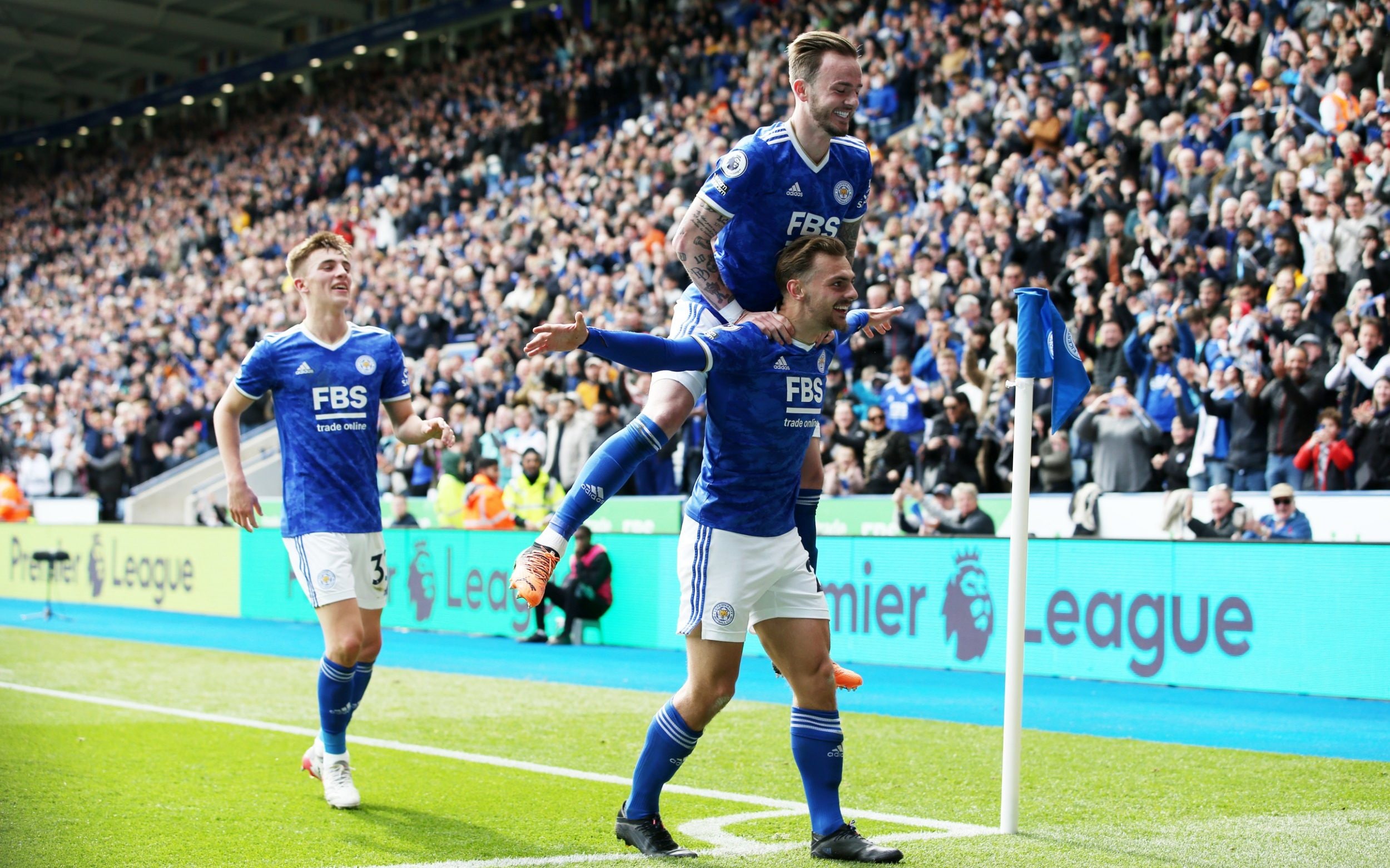 Kiernan Dewsbury-Hall scored a spectacular first Premier League goal – and set up another – as Leicester kept their hopes of a top-seven finish alive.

The 23-year-old provided the platform for victory on day when manager Brendan Rodgers made seven changes from the midweek Europa Conference League draw with PSV Eindhoven.

Ademola Lookman and Dewsbury-Hall scored within six minutes of each other before the break.

But Crystal Palace made sure Rodgers’ side had to work for the points. Wilfried Zaha scored from a rebound from a twice taken penalty – following a Var check – which Kasper Schmeichel the Leicester goalkeeper, saved each time.

Palace suffered an injury blow 11 minutes before the break when left-back Tyrick Mitchell limped off.

But Leicester took the lead after 39 minutes. A poor ball out of defence from Marc Guehi gave Zaha too much to do, and Leicester full-back James Justin won it back.

He fed Youri Tielemans who found Dewsbury-Hall – and a perfectly weighted pass set up Lookman who created space for himself in the Palace box and scored with a firm drive.

But, on the stroke of half-time, Dewsbury-Hall produced a superb second for Leicester, he had his back to goal and dragged his marker, Cheik Kouyate, along the edge of the 18 yard box.

Then, the Leicester midfielder spun around and lashed the ball into the top corner.

Leicester continued in the same vein after the break and Tielemans brought an excellent save from goalkeeper Vincente Guaita who tipped the Belgian’s shot over the bar.

Zaha was becoming frustrated and argued with Place substitute Joel Ward after a misplaced pass.

But then the game turned Palace’s way when Tielemans tripped Jordan Ayew to give away a penalty.

Schmeichel guessed the right way and saved Zaha’s spot-kick, but Var ruled that Leicester defender Caglar Soyuncu had encroached into the area. The kick was retaken and Schmeichel stood his ground to make another save; but this time, Zaha headed in the rebound.