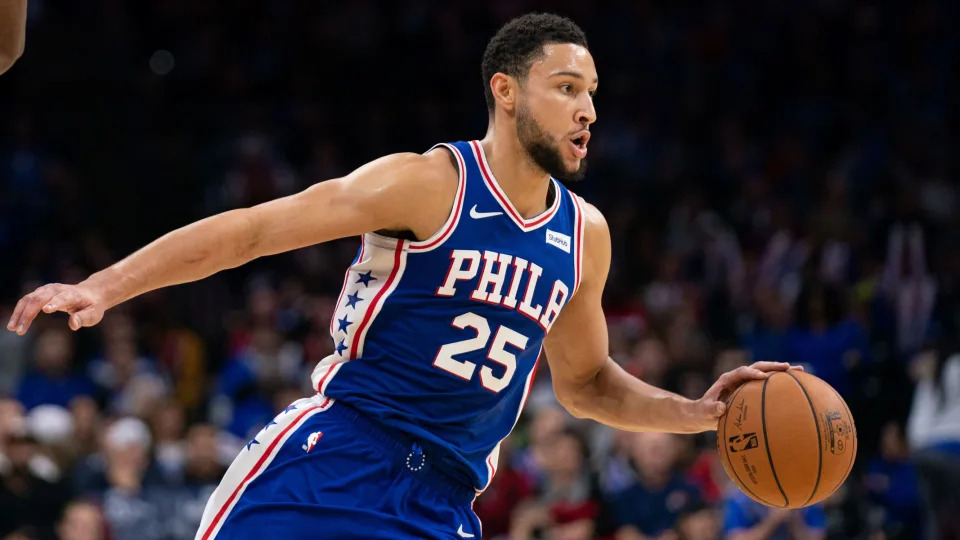 The disgruntled three-time All-Star has been radio silent since September, and the Sixers have largely stopped talking about him and his refusal/inability/whatever to play for the team this year.

The trade buzz has also been significantly quieter when compared to the raucous noise of the offseason, but that doesn’t mean it’s totally dead.

And with the February 10 trade deadline less than five weeks away, we’re probably going to start hearing rumblings of teams circling back to Sixers President of Basketball Operations Daryl Morey about Simmons and what it would take to acquire the 25-year-old virtuoso.

Teams like the Sacramento Kings, according to The Athletic NBA insider Sam Amick, who reported Wednesday that he’s heard from sources close to the situation that the Kings’ front office is softening its stance on a possible Simmons deal.

Here’s what Amick has learned:

“While I reported in early September that a Kings-Simmons was looking very unlikely, that was long before team officials had a chance to see nearly half a season’s worth of (mostly subpar) play. Sacramento’s interest is definitely there.”

Very interesting! Let’s circle back to that September report to find out what exactly the Kings are shifting on:

“According to a source with knowledge of their situation, the Kings spoke to the Sixers weeks ago and made it clear that neither De’Aaron Fox nor Tyrese Haliburton would be included in a possible Simmons deal. That stance, the source said, has not and will not change and the internal expectation is that the core of their roster will remain the same heading into training camp later this month.”

Amick didn’t come right out and say he’s heard from front office sources that the Kings are now willing to part with one of those two players in a Ben Simmons trade, but if you connect a few obvious dots, that’s what’s going on here.

Plus, it shouldn’t be a total surprise; ESPN insider Tim MacMahon reported late last year that he’d heard Fox was no longer untouchable in potential trade discussions among the Sacramento front office, and we’d seen buzz back in mid-November about the Kings looking at shaking up their crowded back court in possible deals.

Frankly, I’d be more interested in Tyrese Haliburton as the centerpiece of a Simmons deal than Fox. Tyrese Maxey’s emergence as a legit starting point guard has made Fox a bit of a redundancy for the Sixers.

Meanwhile, Haliburton – who is only 21 years old! – could be the shooting guard of the future. Seth Curry is having a career year, but he turns 32 this summer. Haliburton is averaging 13.3 points per game on 45.9% FG / 42.4% 3P / 80.7% FT shooting splits and is also averaging 6.9 assists per game. He’s a very good player with a high ceiling, and he’s only in the second year of his rookie contract.

Here’s what I would want, were I Morey:

I think that’s fair. The Sixers get young talent and offensive creation plus deadly shooting, and a first-round pick as extra grease for trading away a three-time All-Star; the Kings unload Buddy Hield’s contract and get the franchise cornerstone they’d never be able to land in free agency.

The Sixers would immediately be a better team, and the Kings would have a brighter future. Works out for both sides.