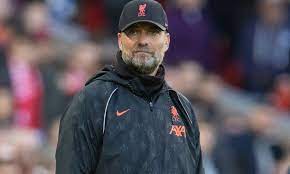 Klopp has a full squad at his disposal with club captain Jordan Henderson back from injury, and forwards Mohamed Salah and Sadio Mane making their first starts since returning from the Africa Cup of Nations in Liverpool’s win over Burnley.

Also read: Inter Milan vs Liverpool: Liverpool captain Jordan Henderson deemed fit to travel for the Round of 16 clash against Inter

“It’s a good situation to have. It helps that we have options and solutions for different problems,” Klopp told reporters. “We need fresh legs for this game, but much more important is we can change five times in the game.

“Hendo is fine. He got a knock on his knee, today was the second day of recovery for him and a lot of players, so it was not the longest session. There are no issues really.

“Both Mo and Sadio don’t drink alcohol at all and they’re both a force of nature, so they recover extremely quickly. I’m not surprised that they’re already back to playing.”

Liverpool’s opponents Inter, second in the Serie A standings, have collected one point from their last two league games, but Klopp insisted that the Italian champions will be a difficult proposition for his side.

“A top, top, top class team with a top class manager. Probably the best team again in Italy this season,” Klopp said. “They have conceded a few goals in the league recently, but they’re rock solid.

“Very well organised, very well drilled, and they also have creativity on the pitch and good individual quality. We need to show a top-class performance to even have a chance.”

Liverpool, European champions in 2019, failed to win a trophy in the previous season but remain in contention to win four tournaments this time around.

Full back Trent Alexander-Arnold said that the Merseyside club’s recent lack of silverware was not a cause for disappointment in the squad, but stressed the importance of setting high expectations.

“We don’t feel disappointed that we haven’t won enough trophies, because the ones we have won are the biggest and best you can get your hands on,” Alexander-Arnold said.

“I’m not making any digs, but you look at Manchester City’s amazing team, they haven’t been able to lift the Champions League.

They’ve won a couple of Premier League titles, but we’ve won both competitions in the last few years.

“But yes, there’s an expectation now, as a team, to win trophies. One trophy a season is minimum. If we don’t expect that from ourselves, that’s a disappointment. We’re not at a stage right now where we’re happy just to be getting to finals.”