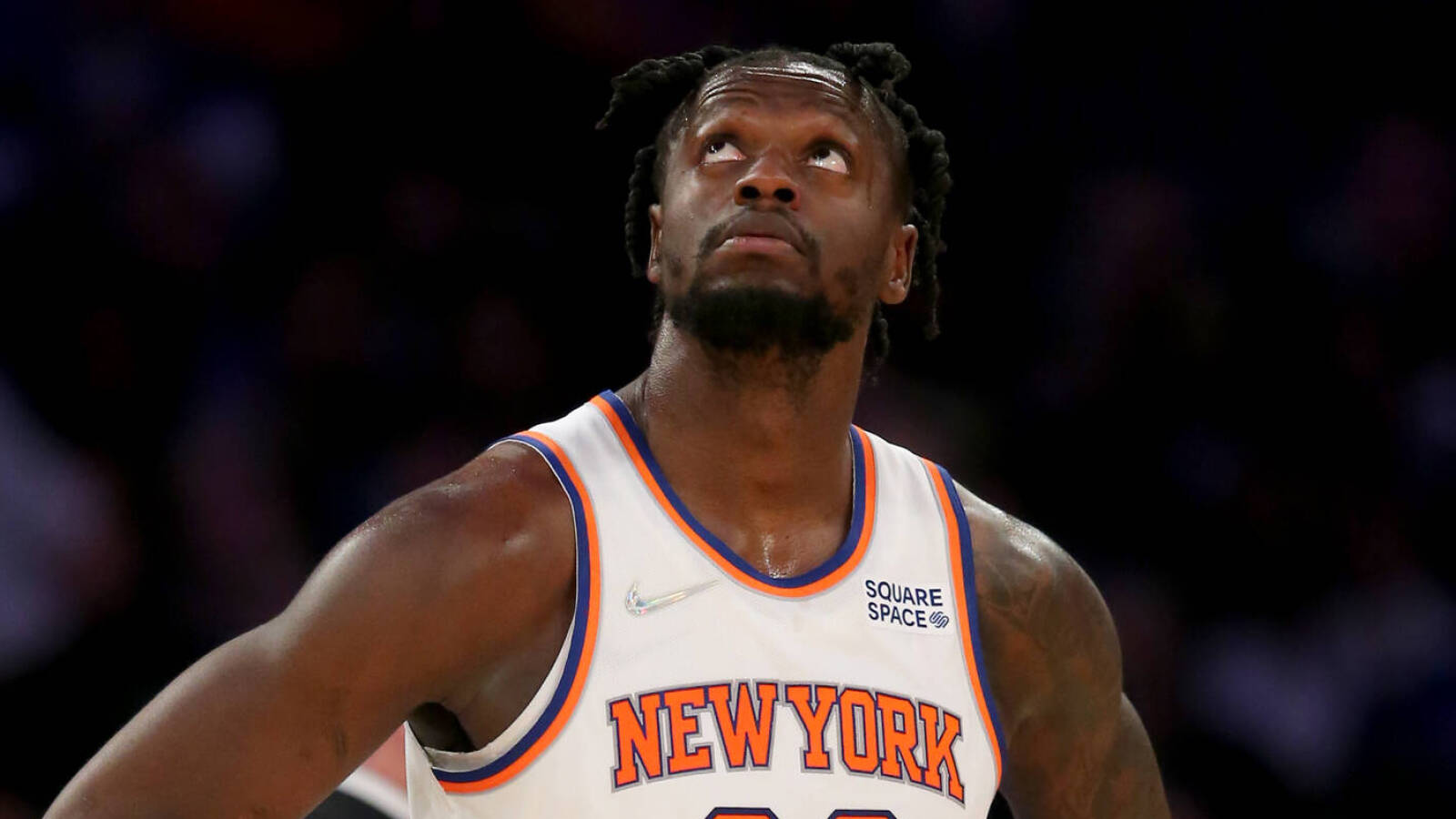 Randle was booed by the Madison Square Garden crowd during pregame introductions, Popper writes in a full game story, but he also heard a few cheers after making his first three shots on the way to a 21-point, seven-assist and five-rebound night.

The trade demand rumors emerged as a result of Randle’s body language while scoring just five points in Monday’s game and then leaving the court immediately afterward rather than celebrating with his teammates. Randle didn’t talk with the media after that game, and a New York radio station passed along an unconfirmed report that he asked the front office for a trade that night.

Coach Tom Thibodeau dismissed the rumors before Wednesday’s contest, asking reporters, “Are you serious?” and saying “Let’s be real.”

When asked if he thinks Randle wants to stay in New York, Thibodeau offered an indirect reply, saying, “Yeah, so as a coach, you coach the players that you have. And you love them all. And I do. If you play for me, I love you. It’s really that simple. The challenge for us is to bring the best out of each other.”

Randle provided a more firm denial following the game, stating several times that he wants his long-term future to be in New York, according to Ian Begley of SNY.tv (Twitter link). When asked about the extra attention that comes with playing in a big market, Randle replied, “I’m built for it.”

Randle said the toughest part of being booed in his home arena is the effect it has on his family, particularly his five-year-old son, per Fred Katz of The Athletic. But otherwise, he’s not bothered by the fan reaction and won’t let it drive him out of New York.

“My goal and what I work hard for is to make the city proud, to make the fans proud,” he said. “I play for my teammates, I play for my family. It’s as simple as that, bro. Nothing more than that. From the inside looking out, it is what it is. You know? I understand that a lot of times you’ve got to just let your game do the talking and go from there. Like I said, I love the city. My family loves it here. I’m a Knick. That’s what I love. I love being a Knick.”