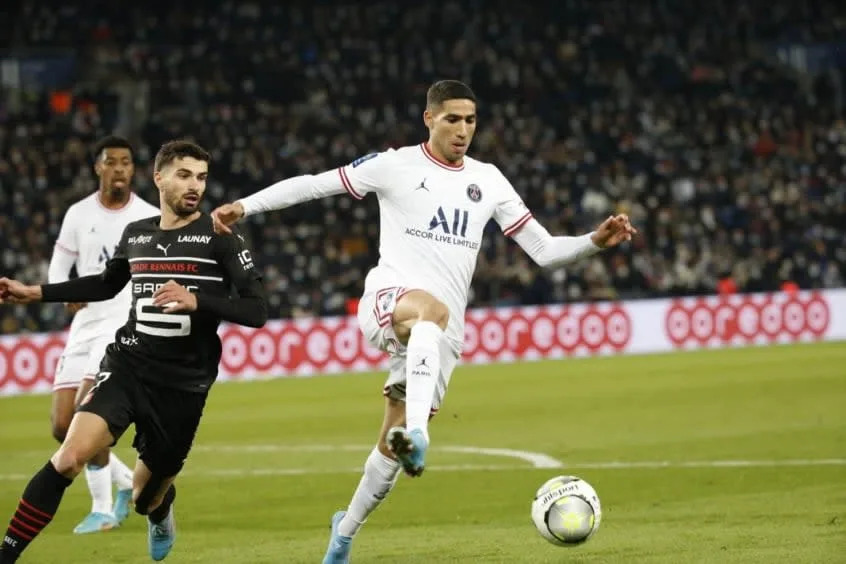 As the lights went out at the Parc des Princes, PSG won another Ligue 1 victory. This Friday, the French capital’s team defeated Rennes 1-0, in the 24th round of the competition, with a goal from Mbappé in stoppage time. In this way, Paris Saint-Germain remains in the isolated lead, while Rennes wasted the chance to enter the G4 and remains in fifth place.

Even with more possession of the ball, PSG struggled to create clear scoring chances and saw Rennes create the best opportunities at the start of the match. With less than ten minutes, Laborde got the ball in the area, Bourigeaud caught the first-time chew and forced Navas to work.

PSG coach rules out Neymar for the game against Rennes

Atletico Madrid vs Getafe: probable lineups and where to watch the La Liga match

Atalanta vs Juventus: probable teams and where to watch the Serie A game

Milan vs Sampdoria: probable teams and where to watch the Serie A game

Union Berlin vs Dortmund: where to watch, schedule and lineups of the Bundesliga match

Shortly thereafter, another chance, this time with Santamaria. After a corner cross in the area, the number 8 of Rennes climbed higher than everyone else, got the header and the ball passed close to the post. Navas was already sold on that bid.

TOOK AWAY, BUT WAKE UP

PSG’s first great scoring chance came just in the 40th minute of the first half. Mbppé started on the left, invaded the area, cut to the right and finished. The ball deflected in the defense and stamped the post. Xavi Simons even managed to get the rebound, but the defensive system doe Rennes appeared and saved practically over the line.

In the final stage, PSG even managed to swing Rennes’ net in the 20th minute. Mbappé received a great pass, invaded the area, passed the goalkeeper and hit hard to score. However, shirt 7 was a little ahead, the linesman signaled the offside.

Despite a weak second half of the two teams, PSG managed to win with the best player of the match: Mbappé. After a fulminating counterattack, Messi found shirt 7 open on the right. The striker faced the mark, cut to the side and hit the corner to swell the goalkeeper Alemdar’s nets.

Now, PSG turns the key to the Champions League. The next opponent of the team from the French capital is Real Madrid, at 17:00 (Brasília time), for the round of 16 of the competition, on Tuesday. Rennes returns to the field next Sunday to face Troyes, at 11 am, in Ligue 1.