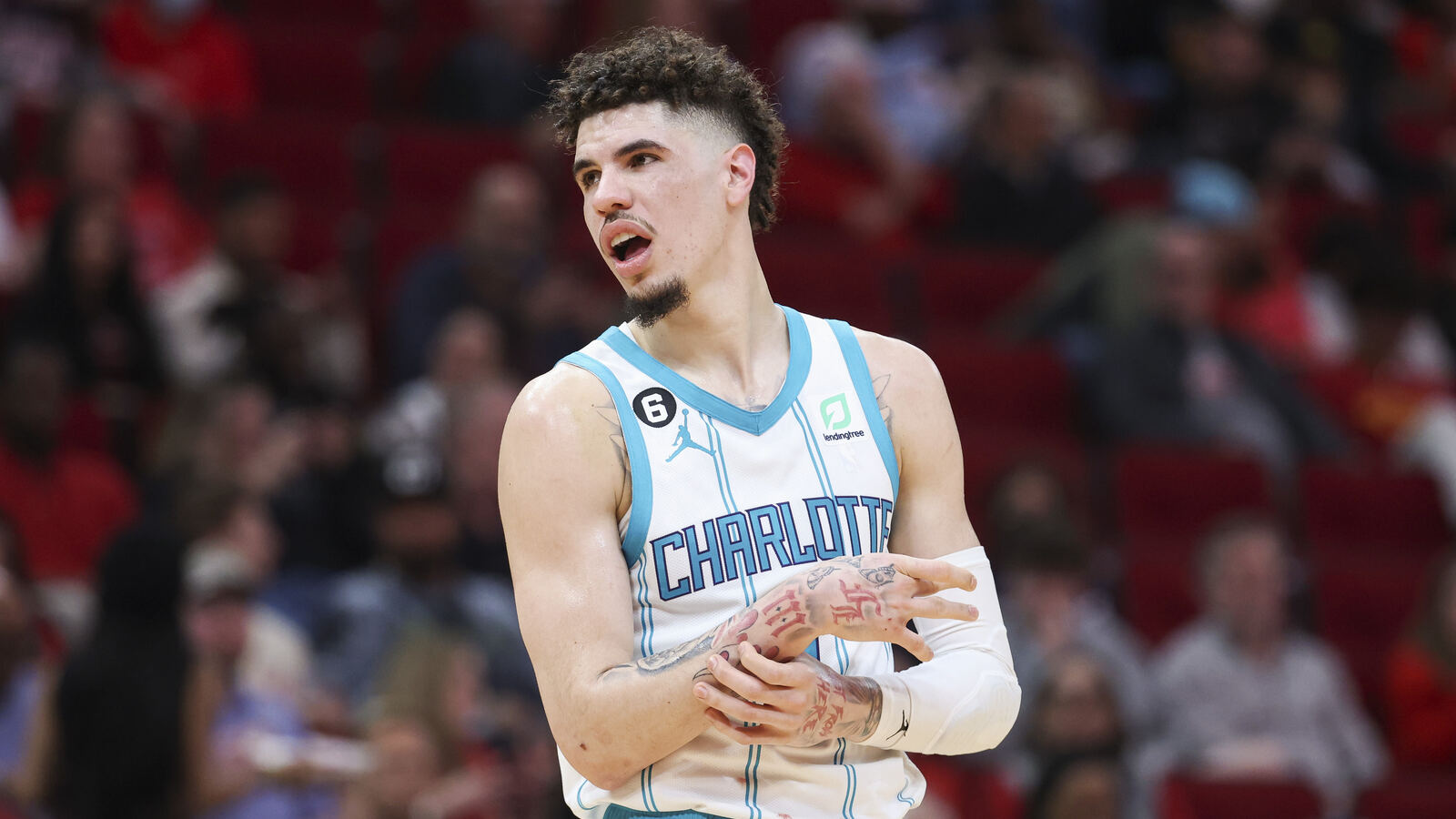 LaMelo Ball has come back from two different ankle sprains this season. The third one could cost him another month.

Ball first hurt his left ankle Oct. 10 when he stepped on Anthony Gill’s foot in a preseason game against the Washington Wizards. Ball was out a full month, missing the first 13 games of the regular season.

In first home game of the season, and his third since returning, Ball hurt the problem ankle again after stepping on the foot of a fan seated courtside.

This wasn’t a situation like Larry David and Shaquille O’Neal; the fan was sitting normally, and Ball got unlucky chasing a loose ball. That injury cost Ball another 11 games.

He came back exactly four weeks after the fan injury and looked none the worse for wear. He’s been playing big minutes — at least 32 per game, except for when he’s fouled out early. When Ball has been on the floor, he’s been Charlotte’s best scorer, passer and outside shooter, leading the team with a 37 percent mark from behind the arc.

The Hornets are 12-34, the NBA’s third-worst mark. They’re nearly as bad with LaMelo than without him: 6-16 with Ball (.272) versus 6-18 (.250) without him. The team may have already decided to tank for Victor Wembanyama — though beating the Houston Rockets Wednesday night didn’t help — but losing Ball for what could easily be another four weeks probably clinches it.

That means all the Hornets rumored to be available in trade just became slightly more available, but long term, this may not be a terrible setback for Ball. All three of these injuries were fairly unlucky — Ball simply stepped on someone’s foot. The Hornets should still have confidence in their young All-Star, but maybe they should get him an ankle brace.