Tim Paine is unlikely to play Test cricket again but Australian coach Justin Langer used his first day out of hotel quarantine to check in with the former skipper in Hobart.

Langer has not yet spoken publicly about his chat with Paine but Fox Cricket has reported he caught up with the veteran keeper who resigned from the captaincy after news broke of his sexting scandal two weeks ago.

Paine has since announced he is taking a break from all cricket and South Australian gloveman Alex Carey is set to make his Test debut next week when the Ashes gets underway in Brisbane.

Langer and Paine have shared a close relationship over the past three years, helping restore the Australian Test team’s off-field reputation and on-field record following the bans dished out to Steve Smith, David Warner and Cameron Bancroft for the sandpaper incident in South Africa.

Paine told News Corp last week that Langer, among “plenty of others”, had attempted to convince him to not stand down as skipper despite revelations of his inappropriate text exchange in 2018 with a Cricket Tasmania employee, who then lodged an official complaint about the incident.

“JL told me he’s devastated. He was pretty firm that he wanted me to continue as captain, and again, once I explained to him the reasons that I thought resigning was the best thing to do, he was with me all the way,” Paine said.

“It was hard, but I know it’s the right thing to do. I feel completely gutted, but it’s all my doing, and I know resigning is the right call.”

Josh Inglis was also considered a chance to replace Paine as Test keeper but the West Australian has been given permission to break from a pre-Ashes camp in Brisbane to return to Perth along with state teammates Ashton Agar and Mitchell Marsh in a sure sign they will not be part of the First Test line-up.

They will likely play for Australia A against the England Lions side, which will be played while the Test is on in Brisbane.

Jos Buttler isn’t one to back down in a stoush and he’s promising England won’t do the same in the Ashes.

The tough-talking keeper-batsman told reporters in Brisbane he wants the two teams to add another chapter to the long history of intense rivalry between the old enemies.

He believes the showdown between Patrick Cummins, in his first outing as Australian skipper, and opposing captain Joe Root, England’s batting linchpin, will provide plenty of fireworks.

“There hasn’t been a load of bowling captains. So you are going to see some great contests, captain vs. captain, battling it out, which I’m sure for you guys in the media will be great to write about,” he told reporters in Brisbane where England’s preparations have been severely hampered by wet weather.

When asked about Australia also having their plans disrupted by Tim Paine’s resignation as captain and subsequent decision to step away from cricket indefinitely, Buttler did not expect off-field matters to affect either team. 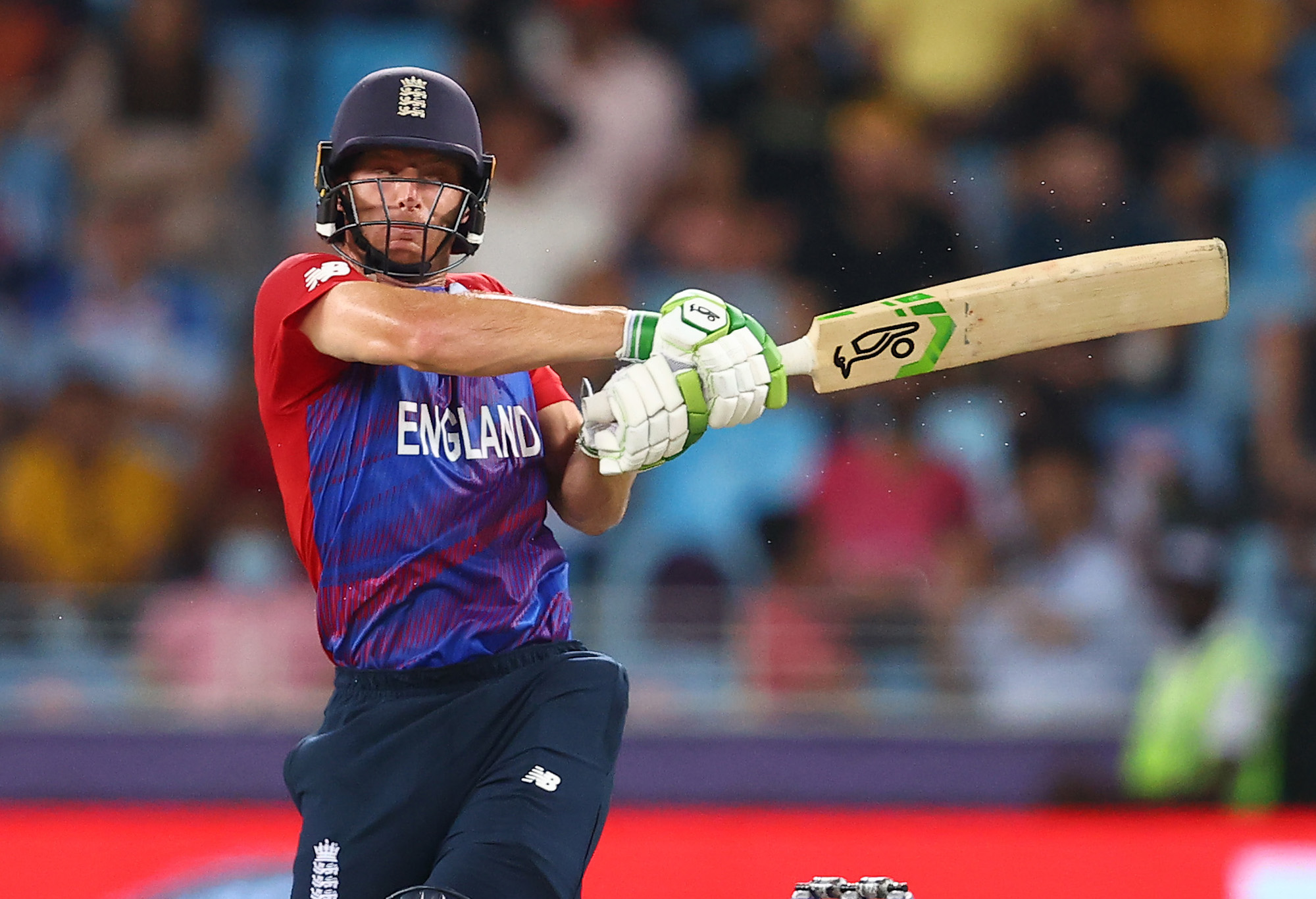 Jos Buttler is one of England’s most devastating weapons. (Photo by Michael Steele-ICC/ICC via Getty Images)

“Around the Ashes, there’s always certain things go on and the guys that can deal with the distractions an Ashes series throws up is the team that’s going to play best,” he said.

Buttler was fined 15% of his match fee and disciplined by the ICC last year after he delivered a foul-mouthed spray to Vernon Philander while the South African paceman was batting in a Test in Cape Town.

Host broadcaster SuperSport’s microphones picked up him telling Philander to “F—ing move. F—ing knobhead. How the f— am I meant to get past that f—ing gut”.

If the Australians try to give Buttler a verbal barrage, they can expect plenty in return.

Former England skipper Mike Atherton is less bullish about England’s chances, particularly their preparation, which he believes has been the worst of the modern era.

While acknowledging touring teams no longer spend several weeks in a country playing first-class matches to get ready for the Test arena, Atherton in his column for The Times, said Joe Root’s squad was woefully under-prepared for the task ahead.

The former skipper, who only ever tasted defeat in Ashes series from 1989-2001, sympathised with Root, saying that a trip Down Under “should be the greatest experience of an England captain’s life” but said the build-up has been spoilt by wet weather and there is the lack of usual anticipation before next week’s first Test at the Gabba.

“The Covid pandemic; a new, last-minute variant thrown into the mix; quarantine arrangements that have separated the playing squad, meaning that today will be the first time they gather together under one roof; torrential rain in Queensland that has decimated the minimal practice time allotted; and the racism row, from which Root, as the England captain and a Yorkshire player, cannot escape.

“Eight days away from the first Test, England captains of even the recent past would have already enjoyed three or four first-class matches, no matter that their quality had been in general decline.

“Instead of this gradual acclimatisation, Root and his colleagues have managed the odd rain-affected hit in an outdoor environment and must contemplate a desultory four-day non-first-class match against their own countrymen — weather permitting — as their only preparation proper before the Gabba calls.”

On the back of all these issues, Atherton has his fingers crossed for an exciting five-match contest but is not getting his hopes up.
“It is difficult to hold out hopes for a sizzling Ashes, given the circumstances, but how we could do with such a series to remind us again of the best the game can offer.”

Three Blue-blooded former Test skippers have given Patrick Cummins the confidence to succeed in his first foray as national captain.

Cummins told News Corp that fellow NSW legends Steve Waugh and Mark Taylor have been great sounding boards for him as he built towards the leadership while Michael Clarke was the first player to name the fast bowler as a potential skipper well before he was elevated to vice-captaincy nearly two years ago.
Waugh, in particular, has a lot of traits that Cummins admires.

“I had some really good chats with him. How he sees the game, and I really like his approach in a lot of ways to captaining,” Cummins said.

“He keeps things very simple. He backs the players in. I think there’s a lot to be said for that. “Sometimes keeping it simple can be harder than over analysing, and I really like that (simple) approach.”

Cummins chewed the fat with Taylor earlier this year before the 28-year-old speedster as he prepared to lead the Blues in the domestic one-day arena.

England captain Joe Root is a proud Yorkshireman but he has been shccked by the racism scandal which has engulfed the county.

He hopes to speak to the former teammate whose career was ruined by the scandal, Azeem Rafiq, after the Ashes tour but has reiterated that he had never witnessed any racial incidents during his time around the team.

“I don’t recall those incidents and if there are oversights on my part then that’s an area which we all have to learn from and allow us to learn from.

“We have exchanged a couple of messages since, quite recently actually. And hopefully when we finish this tour, we will get the opportunity to sit down and talk about this whole situation – about how we can move the game forward.”