Hawthorn great Shane Crawford, who won the Brownlow Medal by six votes in 1999, is tipping tonight’s count to be a bit of a thriller.

“I think we might have multiple winners tonight,” he told Nine’s Sports Sunday.

“It’s just been such an even season and the top four or five, some of them play on the same team, so they’re going to be taking votes off each other.

“Clayton Oliver is going to be right up there. Ollie Wines probably doesn’t have a lot of people taking votes out of the midfield from his point of view. Marcus Bontempelli, you’ve got Jack Macrae, Christian Petracca, it goes on and on and on. 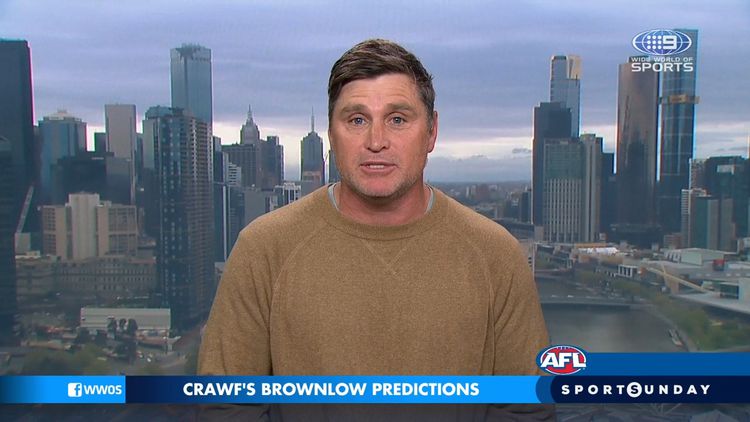 “I have a feeling we’re going to have multiple winners tonight and it’ll be a wonderful count because even the bookmakers can’t work out what’s going on, so you know it’s nice and close.”

We have not had multiple players win the award since 2012, where Sam Mitchell and Trent Cotchin were given the Brownlow after the fact after the original winner Jobe Watson gave it up.

The last occasion to have multiple winners before that was the sensational three-way tie between Adam Goodes, Nathan Buckley and Mark Ricciuto in 2003.

Overall there have been 12 occasions where the Brownlow has been given to multiple players.