It does not take long in conversation with Lee Johnson to realise the important of giving managers – or at least the right managers – time and space to apply their methods at a football club.

Arriving at Sunderland midway through last season, Johnson could not steer them further than the play-off semi-finals in League One.

Over the summer, however, he freshened things up within the squad and at the club, and this season has started extremely well, with five wins from six.

Of all the changes Johnson made before the start of the season, one of the biggest we speak about is his appointment of a leadership group of senior players to help develop his culture and philosophy throughout every area of day-to-day business at the Stadium of Light.

“I just think there’s so many areas to leadership,” Johnson tells Sky Sports after winning Sky Bet League One Manager of the Month for August. “It’s not hard and fast like Wacko from Mike Bassett headbutting a wall before a game to get everyone going!

“We’ve got a lot of players who are interested in leadership and have their own unique selling points and skills, and we want to develop those players.

“We’ve got the cultural side of the club we want to push on, and the players felt the best two to do that were Bailey Wright and Luke O’Nien. They have got a big responsibility in dealing with any gripes the players have, team days out, the fines system, helping out the kit man and things like that.

“Then there is the team captain Corry (Evans). I don’t want him getting too involved in that side of thing. His job is to communicate with me on a daily basis in terms of how training is gone, if the boys are tired or if they need to do extra. During a game I can talk to him about potential changes and he can articulate messages to the players who can’t hear me because there are 32,000 screaming Mackems in the stands.

“I know there are some people who will say it’s all a load of pish, but there’s genuinely enough to do to spread the load, give accountability and manage what needs managing, such as things that are really important to us like player appearances in the community. We felt the players we have put in those roles are best served for us to be successful in all areas.”

Of course, all this type of thing can quickly unravel if results start going against you, but that does not seem to be the case right now.

After failed attempts by Jack Ross and Phil Parkinson before him, Johnson has put together a squad that seems capable of finally escaping League One at the fourth time of asking, mixing the experienced players within his leadership group – which also comprises of Aiden McGeady, Lynden Gooch and Tom Flanagan – with some youth players, too.

Starting in last weekend’s win over Accrington were 19-year-old left-back Dennis Cirkin, a summer acquisition from Tottenham, and 17-year-old centre-back Callum Doyle – who is on loan from Manchester City.

It is a squad with some reminiscence of his best days at Bristol City.

“My coaching history is based on the recruiting and development of young players, and trying to develop a successful philosophy,” says Johnson. “To do that you have to recruit a certain age of player that is impressionable to work with, and blend that with some senior experience.

“The brand and style of football we want to play is very important to us, too. We’ve put a lot of investment into our surfaces at the training ground and at the Stadium of Light.

“We have no real barriers to our recruitment, as long as it fits into our philosophy. There’s no reason we cannot sign a 35-year-old, which is why we have got the likes of Aiden McGeady, because we believe he can still be the difference in games for us.

“But then we have backed him up with a 19-year-old left-back from Tottenham, who is an England youth international. It’s a nice balance down that side, with ‘daddies’ in certain positions which are key to go and get results.”

As well as the youngsters who have joined from Premier League clubs, Sunderland also have one of their own impressing this season in midfielder Dan Neil. The 19-year-old local lad has started every game this season, and scored his first senior goal against Accrington last Saturday.

Johnson, who brought him into the first team and handed him his league debut last season, was almost glowing as he spoke about him.

“We couldn’t ignore him because he’s good,” said the Sunderland boss. “It’s as simple as that. Sometimes you can overcomplicate it! We came in, we liked him and he trained every day with the first team.

“It can sometimes be frustrating for young players being a spare man in the dressing room, when they’re sitting there listening to the manager go off on one because we have just conceded a sloppy goal.

“But they can learn so much from those situations, with the tactical detail and terminology that goes with it. They get a feeling of belonging, so when they are ready to step in they are already intertwined and respected within the squad. That’s what Dan has done. He has played two positions so far and played them both extremely well.”

Like any other youngster, Johnson knows Neil needs to keep grounded and to keep working hard. And he jokingly admitted to keeping something of an eye on him to make sure he does.

“He has to be careful because I think I saw him the other day looking at over-exuberant cars to buy!” he said with a smile. “I think he has a girlfriend now, and I was going to check his Instagram to make sure everything is good and proper there.

“He has to keep his feet on the ground. He knows we like him and we’ve done a lot of individual work with him. But none of that matters unless you’ve got a good student, and then he needs the desire and the football arrogance to implement it on a matchday, in a big stadium in front of a lot of fans.

“There are a lot of people at this club who are very proud of Dan, and so they should be, because there has been a lot of work put into him at the academy. He also had a big injury which kept him out for a good 12 months, which obviously set him back, but it showed the quality of the staff we’ve got to nurture him through that.”

As previously mentioned, last season did not quite end the way Sunderland would have wanted on the pitch as they crashed out at the semi-final stage of the play-offs.

You start to feel, however, that it may inadvertently work in their favour in the long term. With Johnson at the helm and with the new ownership in place, it may well give them a slightly less pressured environment to develop and build the club for the future. 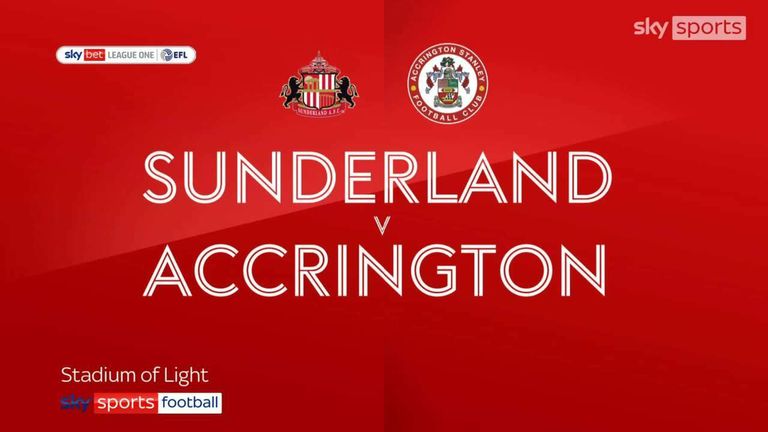 “We moved on quickly from the play-offs,” said Johnson. “There was no time off for me over the summer because we were working extremely hard behind the scenes to build the club with the sporting director, the owner, the recruitment and administration departments. I found the occasional day to spend some time with the family, but there were no exotic holidays!

“Something about it didn’t feel quite right last year, with some of the contract situations at the club. But this year has felt like a fresh start with all the youth that has come into the team. All those players have been recruited to fit with our philosophy, which is really important.

“We set ourselves extremely high standards, and if we fall short of those, win, lose or draw we can reflect and try to move forward. But at the same time you’ve got to keep a vibe and a buzz about the place, that feeling of fun.

“The players understand they are professionals, but they’re also really just big kids. It’s like Peter Pan half of them in there, they just want to enjoy themselves with their mates, and getting that balance is really important.

“We’ve got a lot of talent, but it’s early days and there are some really big teams in the league this year. It’s probably the strongest it has been in 20 years, with the good smaller clubs and all the ex-Premier League clubs.

“We’ve had a nice start, but that’s all it is. From now our attitude will determine our results going forward.”

With Johnson’s culture and philosophy at the forefront, you feel they have a real chance.