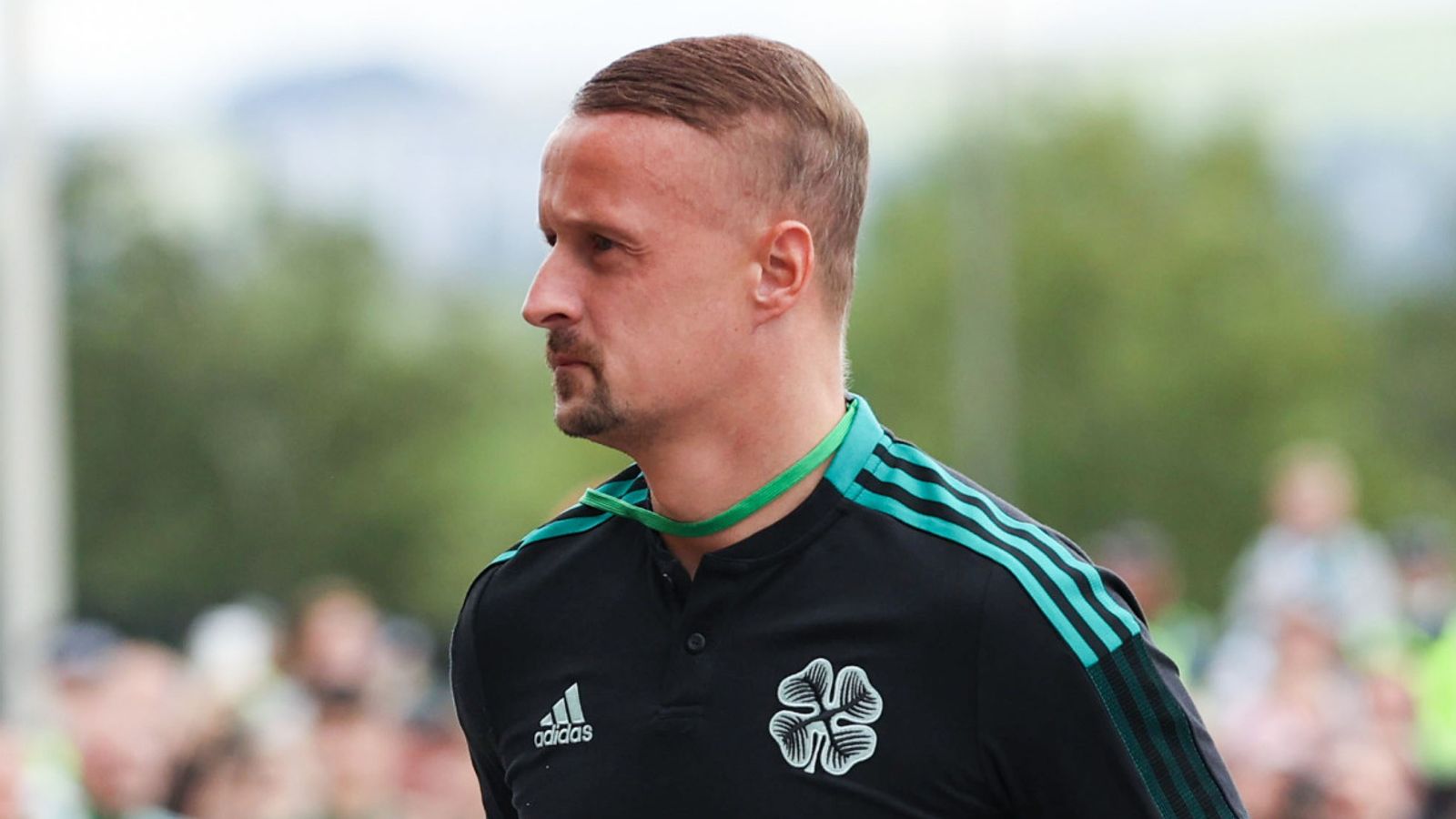 Celtic boss Ange Postecoglou has confirmed Leigh Griffiths will be released by the club.

The 31-year-old striker is currently on loan at Dundee and will become a free agent, although he could continue playing for the Dens Park side.

Griffiths – who signed a new one-year deal at Parkhead last summer – has made 261 appearances over eight years at Celtic, scoring 123 goals.

“I think that’s come to an end, yeah,” Postecoglou told Sky Sports News when asked about Griffiths’ time at Celtic.

“Leigh is now looking for the next chapter of his career.

“An outstanding football career at Celtic. All of us, we kind of pass through clubs, but you want to leave a mark there when you do.

“Leigh has certainly done that. I think he can look back on his Celtic career with great pride and he goes on to the next chapter of his football career. We wish him all the best.”

Dundee boss James McPake, who played alongside Griffiths at Livingston, admits he would be interested if the forward was available.

Griffiths has scored just twice during this loan spell at Dens Park, where he had previously netted 31 goals during a two-year spell in 2009-11.

Speaking ahead of their match against Livingston on Tuesday, McPake said: “Leigh has trained over the past few days and has been working hard, he’s in the squad.

“When players like Leigh Griffiths pop up, you’re always interested, our focus as a club is on [the game] at Livingston.

“The situation is what it is, I can’t speak on behalf of Celtic, hopefully he goes and has a positive impact in our team.

“He’s showing a desire to kickstart his career of late with that free-kick away to Aberdeen and scored in a bounce game last week against Forfar.

“That goal against Aberdeen is something Leigh has done all his career, he’s a player that loves scoring goals and enjoying his football.

“When you get Griffiths scoring goals then you’re getting a good player and we need to add more goals into him in the second half of the season.”