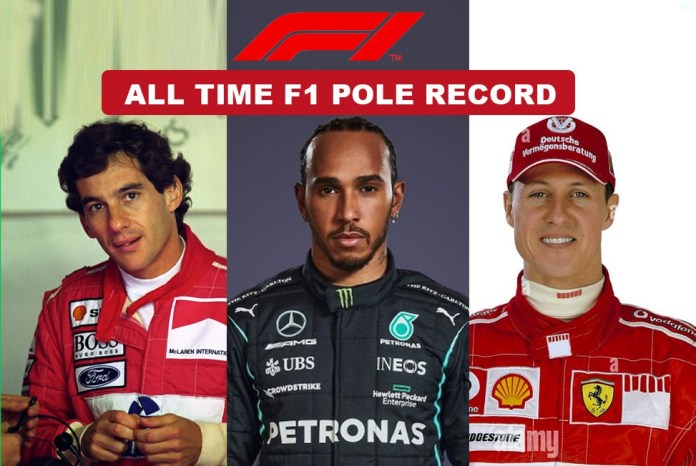 Australian GP Live: Lewis Hamilton on the verge of breaking the all-time F1 pole record against Michael Schumacher and Ayrton Senna: Lewis Hamilton will have two opportunities this season to add another Formula 1 record to his tally. If he manages to put his car at the front of the grid after the qualifying session, then he will set an all-time record for most pole positions at one circuit. Hamilton has already won the most number of races, earned the most number of career points, and achieved the most pole positions in his career. Follow Formula 1 Live Updates on InsideSport.IN.

If he puts his car at the front of the grid at the Australian Grand Prix, then he will set an all-time record for most poles at one circuit. The other opportunity he has will come later this season at the Hungarian Grand Prix.

Hamilton has claimed eight pole positions in Australia and Hungary. With this feat, he is now on level terms with Michael Schumacher’s tally at Suzuka in Japan and Ayrton Senna’s tally at Imola.

But, it seems highly unlikely that Hamilton will be able to break this record this year owing to Mercedes having a poor start to the 2022 season.

Mercedes have been surrounded by problems that have hampered their run after two races. They have dominated the sport in the last decade but now they see themselves behind Ferrari and Red Bull.

Mercedes have majorly struggled with Porpoising issues. In Porpoising, the car bounces up and down on long straights due to the major downforce on the new 2022 cars. It is because of the ground effect cars which have come into the sport after 40 long years.

Hamilton finished on the podium at the Bahrain Grand Prix this year, the opening race of the calendar year. However, he then struggled throughout the weekend of the Saudi Arabian Grand Prix.

Ocon, Tsunoda, Alonso and Zhou round out the points #F1 #BahrainGP

He was eliminated after the Q1 session, which happened for the first time since the 2017 Brazilian Grand Prix. The Brit started the race in the fifteenth position but had to settle for a tenth-place finish.

Hamilton will look to change his and his team’s fortunes at the Australian Grand Prix. But, it remains a question whether Mercedes will be able to cure its problems before the FP1 session. The Mercedes driver said the team still has plenty of work on its hands. He added, “Not much has changed since the last race, it’s only been a few days.”

“What I know is that today I couldn’t keep up with the Haas at the end, the power they have. They came sling-shotting past me when I overtook Kevin Magnussen earlier on in the race. We’ve got a lot of work to do but I know I’ve got a great team. We’ll keep our heads down and try and improve.”

Round three of the 2022 Formula 1 season takes place in Australia. The Australian Grand Prix will start on 8th April and the race is scheduled for 10th April.