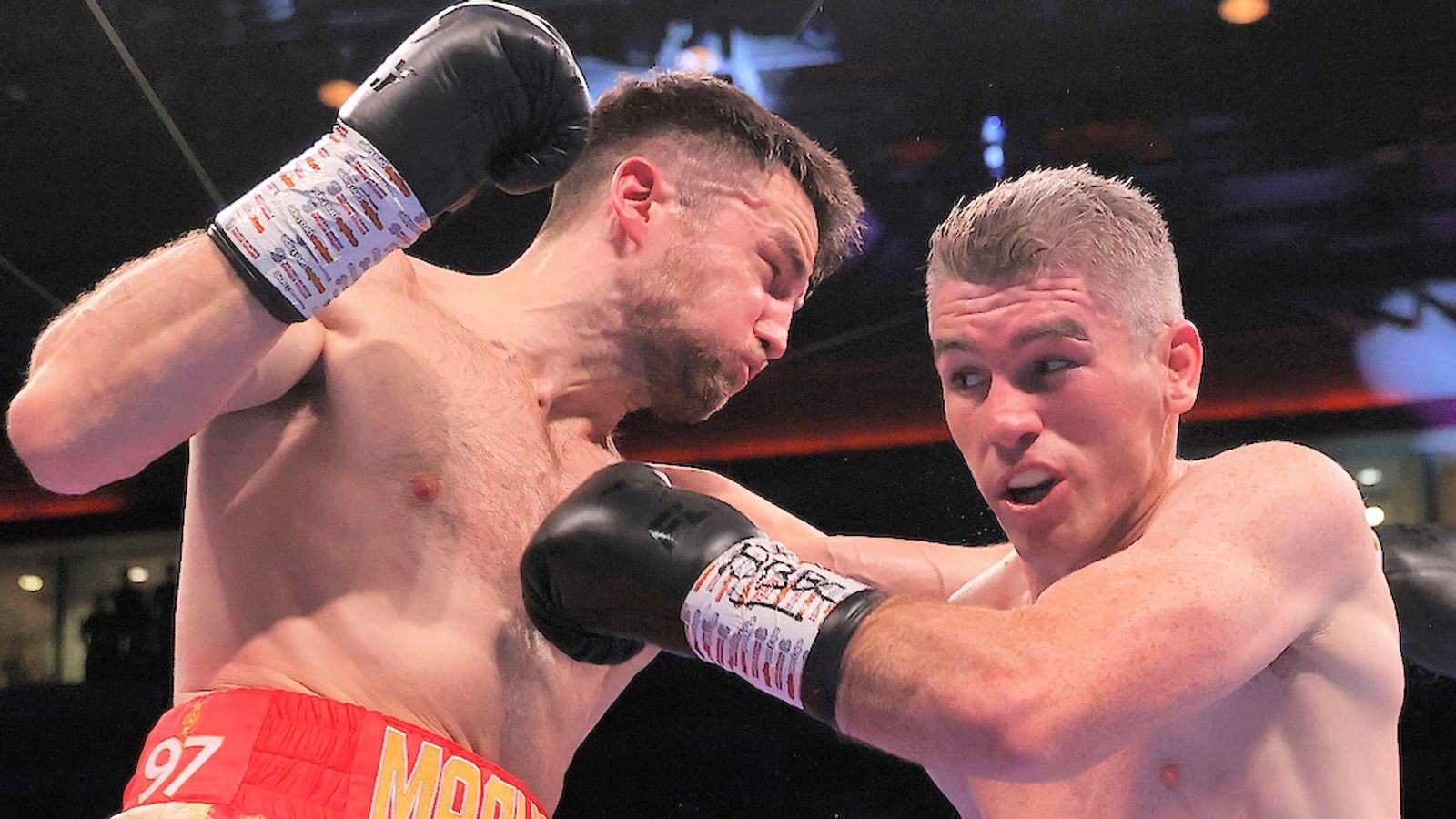 Liam Smith floored Anthony Fowler on two occasions as he ruthlessly stopped his Liverpudlian rival in the eighth round to keep alive his world title ambitions.

Smith, a former WBO super-welterweight champion, displayed his superior experience against Fowler, who climbed off the canvas in the fifth round, but referee Howard Foster waved it off after he was dropped again at the M&S Bank Arena in Liverpool.

Fowler had made a lively start and Smith smiled defiantly after suffering a cut over his left eye in the first round.

But Smith fired back with a big right hand in the fifth that sent Fowler crashing to the canvas, and the 30-year-old staggered through the remainder of the round.

Fowler tried to stand firm in the sixth, unloading a decent left hook, but Smith dramatically signalled the ending as he lashed in a left hand that sent his British rival crumpling to the floor in the eighth.

Earlier in the evening, Troy Williamson became the new British super-welterweight champion after he ended an epic clash against Ted Cheeseman with a 10th round knockout.

In a sensational sixth round, Cheeseman was rocked amid a furious exchange, but replied with a stinging combination to hurt Williamson.

With neither fighter willing to give ground, Williamson finally delivered a final punch as a right uppercut dropped Cheeseman on his back, prompting referee Michael Alexander to signal the finish.

Shannon Courtenay had endured more disappointment as she was beaten by Jamie Mitchell on a majority decision after losing her WBA bantamweight belt on the scales.

Courtenay, who was been unable to make the limit at Friday’s weigh-in, was outworked by the American challenger, who claimed the WBA title with scores of 96-94 and 97-93, with the third judge scoring it a draw.