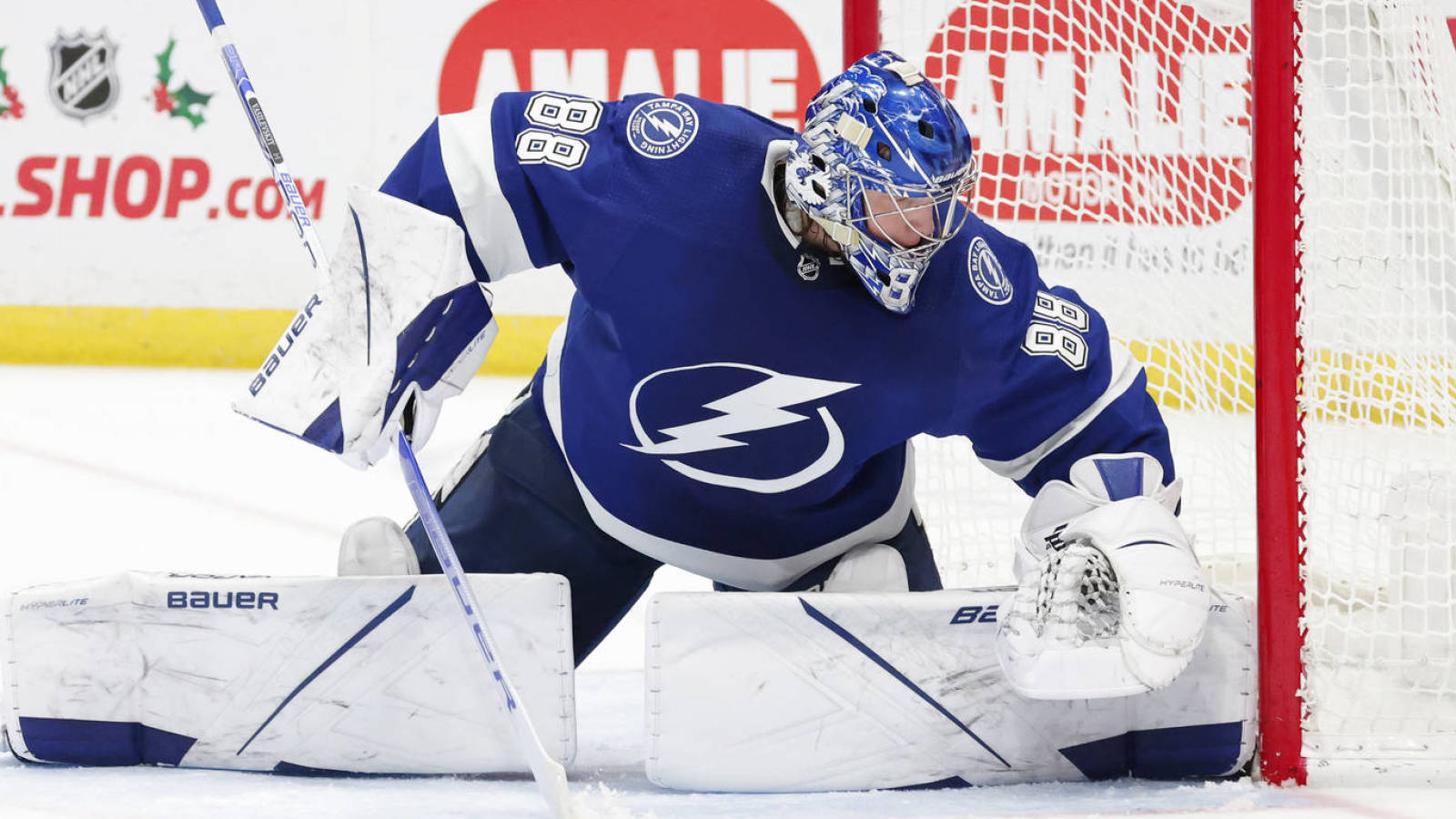 The COVID test results are in for the Lightning and the end result is that they’ll be missing several players for the next little while. Bryan Burns of Tampa Bay’s team website relays that goaltenders Andrei Vasilevskiy and Brian Elliott, center Pierre-Edouard Bellemare, defenseman Mikhail Sergachev, and assistant coach Rob Zettler have all been placed in COVID protocol.

As is the case with anyone who enters COVID protocol, they will all miss at least the next ten days.

Vasilevskiy is certainly a notable loss for Tampa Bay as he is off to another fine start to his season with a 2.14 GAA along with a .928 SV% in 24 starts. Not having Elliott available either means that two of their AHL netminders – Maxime Lagace, Hugo Alnefelt, and Amir Miftakhov – will need to be brought up and only Lagace has limited NHL experience.

As for Sergachev, his output is quite similar to his pace from last season as he has two goals and a dozen assists in 30 games while averaging 21:57 per game, the third-highest ATOI on the Lightning. Unless Erik Cernak is ready to return from his injury, they’ll need to recall someone from AHL Syracuse to cover his spot as well.

Bellemare is in his first season with Tampa Bay after coming over from Colorado and has chipped in with three goals and four assists in what has basically been a checking role.

As things stand, Tampa Bay is set to return to action on Tuesday against Montreal.