It may be early doors in the 2021-22 Premier League campaign, but Southampton new boy Valentino Livramento is proving his worth at St. Mary’s, despite still being the tender age of just eighteen.

After completing a move from Chelsea in the summer, Livramento has instantly become a go-to option for Saints boss Ralph Hasenhüttl, whose track record has shown his willingness to turn to youth if they are deemed good enough.

Through five fixtures in the early running, the London-native has started all of Southampton’s Premier League league clashes, and particularly shone against Manchester United as well as earlier this afternoon against champions Manchester City, keeping Jack Grealish relatively quiet on the day.

A well earned point to take back with us. Safe journey back saints fans❤️😇 pic.twitter.com/70tZdAh4wt

Such has been the instant impact made by the England youngster that his boss recently felt the need to stamp out some of the rapidly growing expectations surrounding Livramento, back in late August after his performance against United;

“It’s too early. He has still a lot of things to learn but he has everything. He has the body, speed, quality on the ball and also the most important thing for me is he has the right mind-set and it’s a good combination, a good package and it’s on us to work with him.”

While many in England love a good story involving an academy graduate coming through the ranks to star for their boyhood club, the notion that an academy is there to strictly serve the first-team is an out-dated one.

Currently, there is no better club than Chelsea when it comes to producing graduates that go on to offer the west London outfit a considerable source of revenue with which they can keep the first-team supplied with top-level talent.

The success of Livramento is just one of many recent examples that have proven their youth model – something far closer to models at some of the best youth production centers on the continent – to be the right one, despite the criticism of the club stockpiling young players who may not have a future in west London.

Apart from Livramento, Chelsea have seen two other talented young right-backs fly through the pyramid in current option Reece James, as well as Brighton’s Tariq Lamptey. Like Livramento, Lamptey left the club for the opportunity to ply his trade full time in a different first-team set up, while James eventually made the grade at Stamford Bridge.

That is hardly a slight on either player, however, with Lamptey turning many a head under Graham Potter, and Livramento already proving that his title as academy player of the year last season at Chelsea was hardly a fluke; especially when a data comparison to James (on a per-90min matrix) shows that he is currently upstaging the Blues right-back.

Without an ounce of first-team experience before his move to St. Mary’s, Livramento has already cemented himself as a critical piece of the puzzle under Hasenhüttl and it stands as a testament that pumping out quality young talent is hardly just about football fairytales, having put Chelsea streets ahead of their domestic rivals when it comes to ability to fund their efforts smartly while not denying themselves the chance to improve internally.

This article was edited by
Conor Laird.

N’Golo Kante Is back 🙌 But Is Brutally Nutmegged By Jorginho! 🤣 | Chelsea Unseen 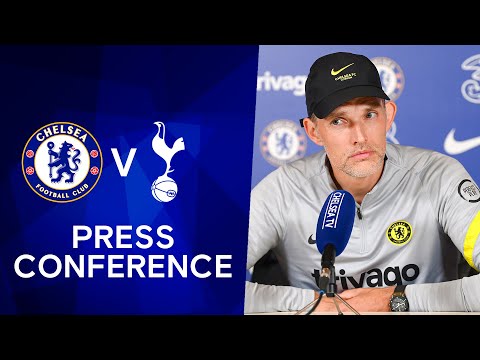