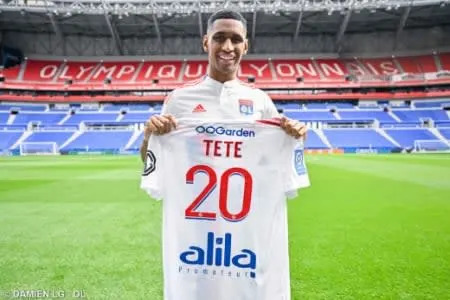 Tetê, Shakhtar Donetsk’s Brazilian striker, has signed a contract with Lyon until the end of the season. The French club uses the gap opened by FIFA and UEFA to hire players who will play in Ukraine and Russia until June 30th.

I am very happy to join Lyon, which is a great team in Europe. The club has a great history with Brazilians, which influenced my decision. I can’t wait to play. I want to return to the lawns. The last few weeks have been difficult, but I see an end.

Lyon occupy the 10th place in the French Championship and still have nine games to go. With Tetê in the attack, Peter Bosz’s team hopes to have more offensive quality to face the final stretch of Ligue 1 and the decisive moments of the Europa League.

After the June 30 period, the striker should return to Shakhtar Donetsk. However, there is still no forecast of when football in Ukraine will resume due to geopolitical conflicts with Russia and a definitive exit in the next transfer window cannot be ruled out.

Death On the nile in thailand