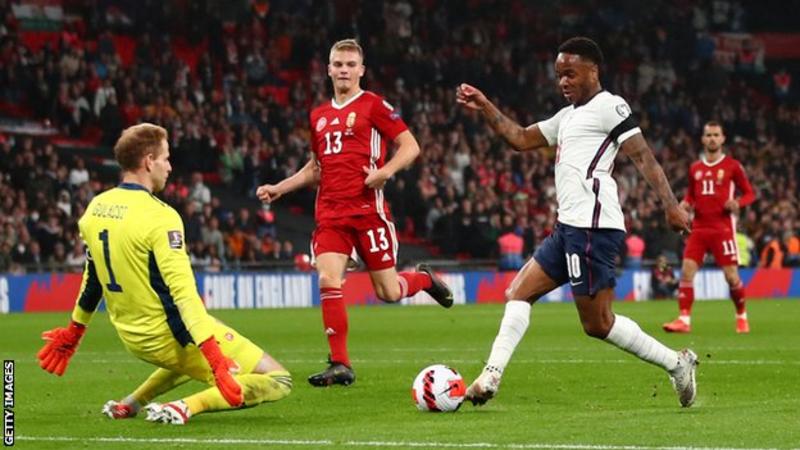 Manchester City striker Raheem Sterling says he would be ready to play abroad if he doesn’t get more playing time at the Etihad Stadium.

The England international, whose contract expires in 2023, said he dreamed of playing abroad “from a young age”.

“If there was the opportunity to go elsewhere, I would be open to it,” said Sterling, 26.

“Football is the most important thing for me right now.”

“I’ve always had something that maybe one day I would like to play overseas and see how I overcome this challenge.”

Sterling has started a Premier League game since the season’s opening weekend, despite standing alongside Pep Guardiola in the September 28 Champions League group stage loss to Paris St-Germain.

Sterling joined City from Liverpool in 2015 and won the Premier League three times, the FA Cup once and the EFL Cup four times.

“I’m not someone to complain,” he said at the FT Business of Sport US Summit. “I haven’t tried to make it bigger than it is. I’m just looking forward to playing football and scoring regularly.”

It is understood, however, that Sterling will not think of signing a new contract until he starts playing regularly again, which opens up the possibility of fulfilling his lifelong desire to play overseas.

Sterling said at the London event that he had withdrawn from speaking publicly about racism in order to focus on “getting more action within my means”.

The Manchester City and England winger has been targeted in the past, having to support teammates Jadon Sancho, Marcus Rashford and Bukayo Saka this summer after being racially insulted after missing penalties in the Euro 2020 final defeat by Italy at Wembley became.

“If it were comments on something else, it would be taken much more seriously,” he said. “Racial abuse that I don’t feel is taken just as seriously as other issues.

“It’s something we are still talking about and it is still happening.”

Considering the reaction to the Italy loss, Sterling added: “My main concern has been the well-being of my team-mates and making sure they are safe.

“Nobody likes to miss a penalty. To have the belief that you are performing in front of millions of spectators and then being racially insulted is disappointing.”