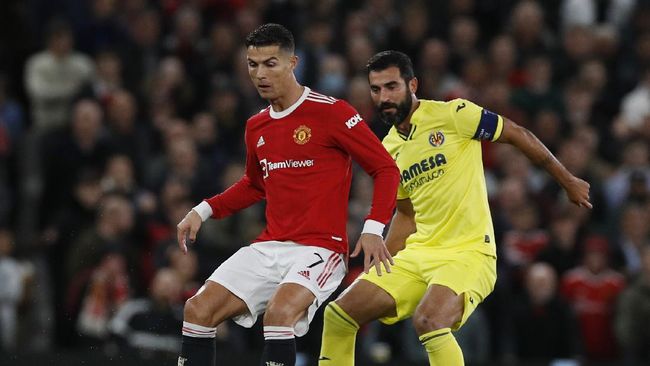 In the drawing, UEFA Deputy Secretary General Giorgio Marchetti announced the names of the teams dueling in the last 16, while former Arsenal player Andriy Arshavin and UEFA Club Competition Head Michael Haselschwerdt picked up the ball in the pot.

Quoted from the Manchester Evening News, when Villarreal was looking for an opponent, the ball that Haselschwerdt took brought up the name Man United. Villarreal and Man Utd are teams that have dueled in the group phase.

This condition became the first mistake in the draw for the Champions League round of 16. After the error, the Man United ball was not put back in the pot. Arshavin who chose a new opponent for Villarreal showed Manchester City.

“Sorry for the technical problems that occurred in our draw. Respectfully ask for the name of Man City to be placed next to Villarreal,” said Marchetti.

After Villarreal, it was Atletico Madrid’s turn to be looking for an opponent in the round of 16. However, due to an error in the previous draw, the Red Devils ball is considered to have been taken.

“For Atletico Madrid, the chances are all [teams] except Liverpool are in the same group, and Manchester United because they have been drawn,” Marchetti said.

The name Man United only came out during the draw for PSG, who got in the last round of the Champions League last 16 drawing.

Manchester United’s players had Sunday off after Saturday evening’s 1-0 win over Norwich.

United secured another three points and yet another clean sheet in the league despite an unconvincing display.

The Reds looked poor in the final third and devoid of quality throughout most of the game. but Cristiano Ronaldo was brought down in the second half for a penalty and the forward duly obliged when smashing home into the left corner past Tim Krul.

Rangnick confirmed that ‘everything seemed ok’ with Victor Lindelof after he left the pitch in some discomfort.

Regarding transfers, it was claimed that Amad would leave United on loan in January. The youngster was set to join Feyenoord on loan in August before he sustained an injury and he is said to be ‘excited’ about the prospect of leaving United on a temporary basis.

United’s search for a new permanent manager will gather pace next year and Ajax boss Erik ten Hag is being heavily linked with the role.

The Mirror claim Ten Hag is now a leading candidate for the role and that he ‘ticks all the boxes’ for United.

They claim his proven track record with nurturing young talent as well as his ability to make shrewd signings have seen him jump the queue to take the job at the end of the season.

Monday’s Champions League draw has been overshadowed by controversy after Manchester United appeared to be mistakenly excluded for a brief period.

Former Arsenal player Andriy Arshavin and UEFA head of club competitions Michael Heselschwerdt was tasked with picking the balls, and in a rare mistake saw United drawn against Villarreal, with whom they had already faced in the group stage.

As such, the tie was invalid and Arshavin was told to pick a fresh opponent for Villarreal, which happened to be Manchester City.

As the Champions League draw controversy continues there is still the matter of a match tomorrow.

You can pick your United side to face Brentford using the selector below.

United will face Paris Saint-Germain in the Champions League last-16.

United are about to discover their opponents in the last-16 of the Champions League.

You can follow all the action in the blog below.

Edinson Cavani is keen on leaving United next month, according to a report.

Mundo Deportivo state Cavani remains keen to join Barcelona in the upcoming January transfer window, despite the Catalan club dropping out of the Champions League.

The report claims Cavani dreams of playing for Barcelona even though they are going through recent turmoil.

Brentford are continuing to prepare for their game against United as usual until they hear from the Premier League, London World report.

United have suffered a Covid-19 outbreak following their 1-0 Premier League win at Norwich with club sources confirming a small number of players and staff tested positive and were sent home before training on Sunday.

MEN Sport revealed last week exploratory talks over a loan transfer were held while Ole Gunnar Solskjaer was the United manager and it remains to be seen what interim manager Ralf Rangnick’s plans are for Henderson.

He might not be the United manager anymore but Ole Gunnar Solskjaer has continued to operate in a classy manner since his exit.

While some might roll their eyes at the ex sticking around, The Daily Mail report Solskjaer has sent a bundle of Christmas hampers to his old staff members ahead of the festive period.

We wonder if Ralf Rangnick got one…

United have suffered a Covid-19 outbreak following their 1-0 Premier League win at Norwich.

Club sources have confirmed a small number of players and staff tested positive and were sent home before training on Sunday.

The whole group who travelled to Norwich had initially tested negative but, subsequently, a small number of lateral flow tests among players and staff returned positive results.

Those fit enough to train today trained outside at United’s Carrington training complex. The Premier League has been notified of United’s positive cases.