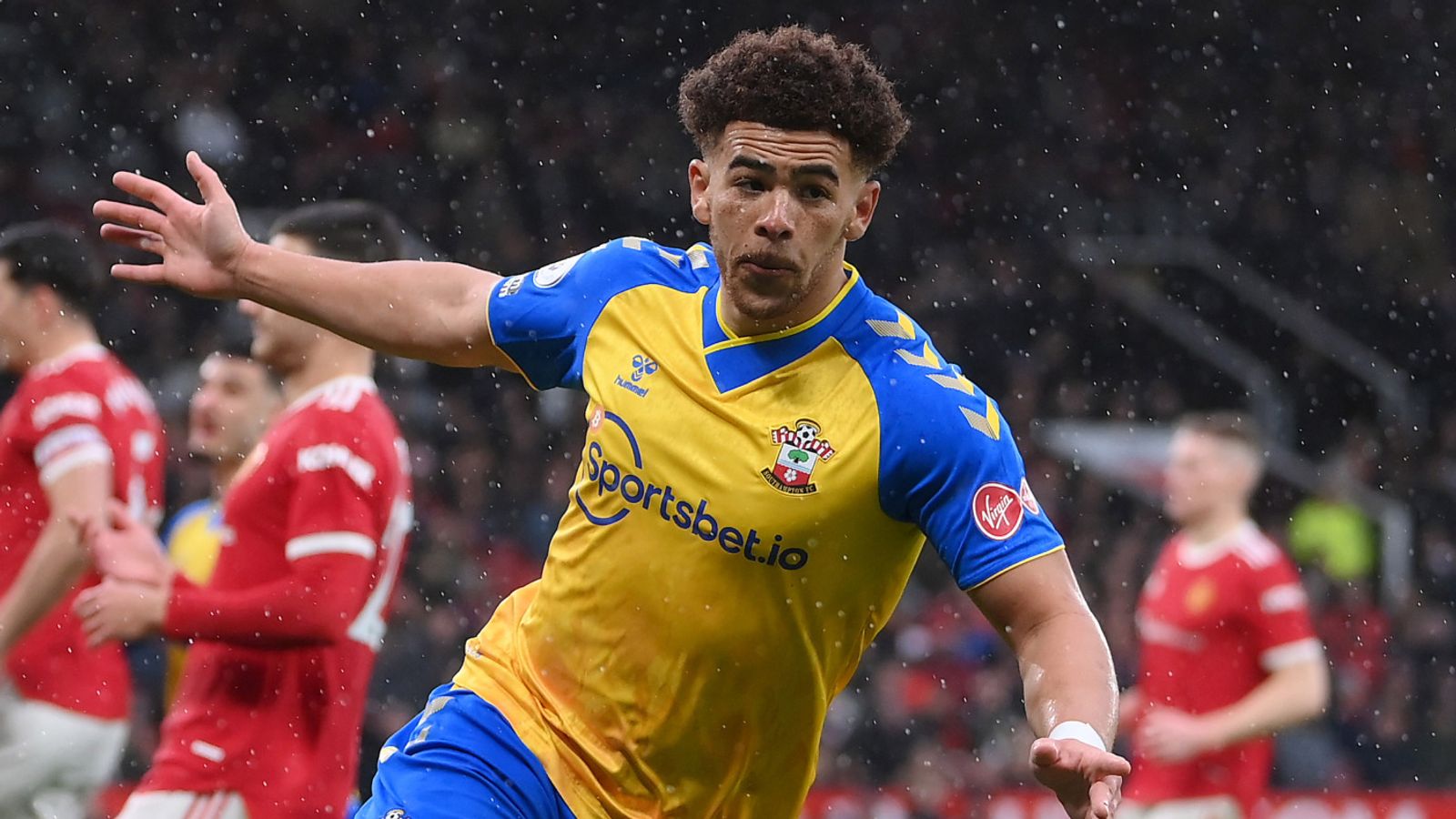 Manchester United let another half-time lead slip as they were held to a 1-1 draw by Southampton at Old Trafford.

Che Adams’ goal early in the second half cancelled out Jadon Sancho’s first Premier League goal in front of his home fans as United wasted the chance to move back up to fourth.

It is the fourth time in six games that United have failed to win after being ahead at the interval, an unfortunate habit for Ralf Rangnick’s side that could prove costly.

Man of the match: Broja

Southampton needed a fine save from Fraser Forster to deny Harry Maguire in stoppage time but were excellent in the second half and spurned numerous opportunities to win the match themselves.

United, meanwhile, with Cristiano Ronaldo back in the starting line-up, faded badly and there was a smattering of boos upon the final whistle.

The result means Ralph Hasenhuttl’s team stay 10th, while Manchester United move up one place to fifth – above Arsenal but still outside the Champions League places.

“Unfortunately, it was very similar to the last couple of games,” said Rangnick afterwards.

“Then we stopped doing that. At the end of the first half we didn’t do those things any more and then in the second we lost a bit of shape.

“In the first 20 minutes we were struggling to defend, that happened in transition when they scored their goal. In the last 20 minutes, we had big chances to score again, expected goals was in our favour but we didn’t get the result.

“We told the players they needed to be aggressive [at half-time] but in the end it is different to perform like that on the pitch.”

Sancho is a positive for United
One positive for the home side was the performance of Sancho. He was the best Manchester United player on the pitch – amid little competition.

It has been a long wait for that first Premier League goal at Old Trafford but, in a wide-open game, he was the catalyst for all that was good about United right from the start.

Twice he went close before turning in Marcus Rashford’s centre from close range via the boot of Kyle Walker-Peters. He continued to work but his team surrendered momentum.

Saints maintain their fine form
They looked vulnerable early on but Southampton are becoming a firm favourite of the neutrals with their commitment to pressing the ball and playing attacking football.

United were never comfortable and there were chances to win it – the brilliant Armando Broja getting his attempted chip wrong and Stuart Armstrong blazing over when well placed.

The draw was the least that they deserved. Four points from two away games against Tottenham and Manchester United represents a fine week’s work.

Analysis: ‘I don’t see Rangnick there next season’
“I have got as much chance of being in charge, I just don’t see it,” Paul Merson told Soccer Saturday when asked about Rangnick’s prospects of being in the job next season.

“I read something that said they have improved. I don’t see that. I don’t see the happiness there. I hear so much coming out of Man Utd, at the moment, which is just extraordinary. It never happened before and that’s my worry.

“I don’t see him being there and the way it is going at the moment, if they don’t get in the top four, I’d be shocked if he went upstairs. I know that was part of the deal, but I don’t think it’s a good thing. I think this needs to be nipped in the bud sooner rather than later at Manchester United.

“I just can’t believe what they are doing. Just waiting until next season to bring in a new manager, there is a lot of work to be done. This is not just bringing a new manager in and let’s go again next season. They are a million miles off and things have to change very quickly.

“I’d have had someone in as soon as possible. You pay £70m to £80m for football players and some of them don’t even play. Why wouldn’t you break the bank for managers, if you need to get a manager out of a club. In my opinion, they are very important.

“Some people might say they are not important but for me, they are a must. A great manager makes a great team.”