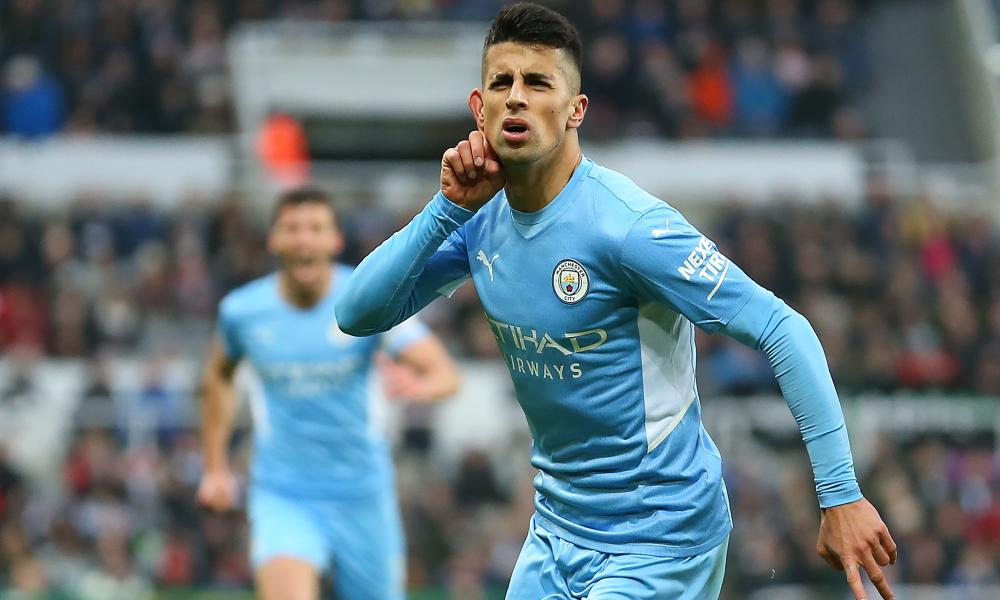 Both clubs may be regarded as having been “trophy” purchases on the part of their oil rich owners but only table topping City are likely to secure silverware anytime soon. Creditably Eddie Howe’s side refused to surrender but television viewers in Riyadh and Jeddah may have felt the need to watch through their fingers whenever City, and in particular, the outstanding Joâo Cancelo assumed possession.

“Saudi Arabia’s going down,” chorused the visiting fans seated high in the Leazes End in response to taunts of “We’re richer than you” from the Gallowgate End and, given that Howe’s side have won only one game all season it is hard to disagree with that assessment. Tellingly it took until the 82nd minute for Callum Wilson to fully test Ederson with a fine header that constituted his side’s first effort on target.

The Newcastle supporters who shrugged off fears about Covid to swell the attendance to 52,127 deserved far better on the day St James’ Park was stripped of the unattractive Sports Direct advertising hoardings which so blemished it under the previous ownership of Mike Ashley.

Yet although the ground looked an awful lot better, nothing had really changed. Certainly not for Howe who has now lost all his 11 managerial Premier League encounters with City. Before kick-off Newcastle’s manager said he had selected a team of “really good athletes” full of “energy and vibrancy” but although his side did not lack effort their lack of streetwise nous was pinpointed as they fell behind in the fourth minute.

In a moment of inexplicable generosity, Newcastle gifted Rùben Días a free header two yards from goal. A concession which, in many ways, served as a microcosm of the home side’s defensive ills began with Oleksandr Zinchenko stripping Miguel Almirón of possession.

Although Zinchenko’s subsequent chipped pass into Cancelo’s pass was slightly overhit, City’s impressively assured right-back managed to obtain sufficient control over the ball to hook it back across the box. At that point Martin Dubravka could have come for it but, with Ciaran Clark seemingly well placed to clear instead, left it to the central defender.

For reasons he may struggle to explain Clark though opted to duck beneath the ball, permitting it to bounced up for Días to apply the final headed touch. Something had clearly been lost in translation between Howe’s goalkeeper and centre half with Clark primarily to blame. Small wonder Newcastle fans are counting the days until Federico Fernández’s return to fitness following a slight thigh injury.

How Howe must have wished Cancelo had been somehow indisposed. Pep Guardiola’s right-back was excelling; not to mention offering a reminder that he is something of a “total footballer.” By way of emphasising the point Cancelo doubled City’s advantage.

Appropriately, the Portuguese initiated the move, exchanging passes with Riyad Mahrez before collecting the ball just inside Newcastle’s half and embarking on a slalom style advance infield which left Joe Willock on his bottom and Isaac Hayden blindsided before sweeping a superb right-foot shot beyond Dubravka from the edge of the area.

Shortly afterwards Newcastle were aggrieved not to be awarded a penalty after Ederson upended Ryan Fraser in the wake of Cancelo’s defensive interception but Martin Atkinson, the referee, was not buying it.

By now Joelinton had dropped back into the home central midfield but, briefly taking a rest from trying to channel his inner Patrick Vieira, the Brazilian supplied a gorgeous through pass which might well have prefaced a goal for Wilson had the ball not become tangled in Wilson’s feet as the opportunity evaporated.

Similarly Hayden might have reduced the deficit had he not headed Fraser’s corner narrowly wide with Ederson seemingly wrong-footed. Such cameos served to highlight that the game was not quite as one-sided as the half-time scoreline might have suggested and, presumably aiming to close the gap Howe replaced the largely ineffective Willock with Allan Saint-Maximin at the start of the second period.

Before Saint-Maximin had time to make an impact Dubravka was called to arms, the Slovakia goalkeeper performing wonders to tip Gabriel Jesus’s close range header over the bar after Cancelo and Bernardo Silva had dissected Howe’s backline.

Indeed with Kevin De Bruyne beginning to make his presence felt in City’s midfield, Saint-Maximin never really got going. Any remote hope of a home comeback faded completely when, following a protracted spell of visiting possession, Mahrez connected with a Zinchenko cross and sent a first-time volley whizzing past Dubravka.

Although City’s third goal was initially, erroneously, ruled out for a marginal offside a VAR review corrected that judgement and Guardiola and co celebrated.

All that remained was for Jesus to shrug Jacob Murphy aside and roll a pass across the box for Raheem Sterling to tap in City’s fourth. As Newcastle fans fell silent their City fans could not resist taunting them once more, singing: “You should have gone shopping.”