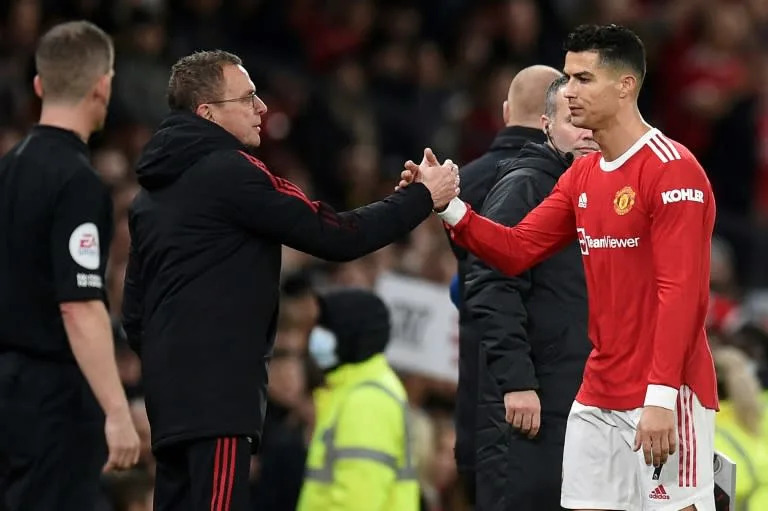 Manchester United manager Ralf Rangnick has admitted he does not know if Cristiano Ronaldo is happy at the club, while the Portuguese star, recovered from injury, is preparing to return to the team against Tottenham this Saturday in the Premier League.

The 37-year-old would have traveled to Portugal instead of staying in England to watch the derby against Manchester City last Sunday, which has fueled rumors about his dissatisfaction at Old Trafford.

In his second spell at United, Cristiano Ronaldo has shown several signs of frustration when he is not called up or when he is substituted.

Asked if the player is unhappy, Rangnick told reporters: “Well, I don’t know. I didn’t ask him if he’s happy in Manchester and at the club.”

“For me the important thing is that he is in shape again and he returned to training on Thursday. We will see which team we will play with tomorrow”, added the coach.

Cristiano is United’s top scorer this season with 15 goals, but the forward has only scored once in his last ten games.

This Saturday, the “Red Devils” welcome Tottenham at Old Trafford for the Premier League, in a direct confrontation in the fight for a spot in the European Champions League.

Pep Guardiola on Lionel Messi: ‘It’s all in my career’

‘The season is not over’, says Mbappé after PSG’s elimination from the Champions League

Neuer celebrates Bayern’s qualification in the Champions League: ‘We are very happy’

Liverpool vs Inter Milan: find out where to watch, schedule and lineups for the Champions League match

Giroud decides, Milan beats Napoli and returns to the top of the Serie A

Lautaro scores a hat-trick, Dzeko scores two and Inter Milan returns to the top of the Serie A

Real Madrid showed why they are the biggest; PSG missing shirt

Klopp talks about sanctions on Chelsea, and comments on Salah’s renewal: ‘We can’t do much more’