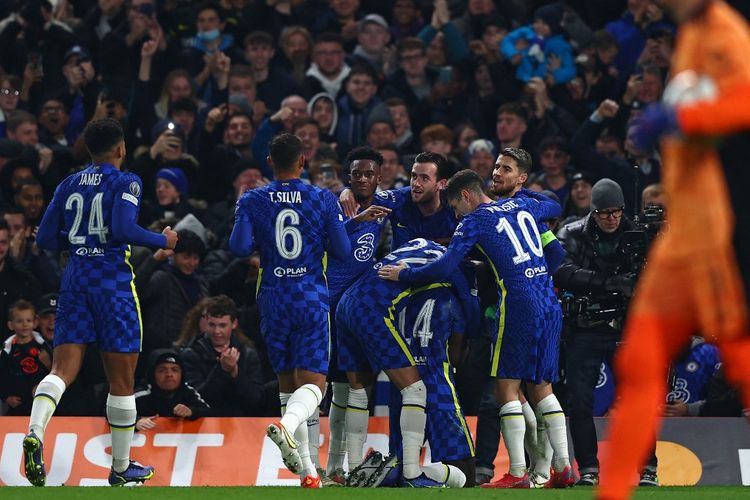 Manchester United left for London on Saturday (27/11) yesterday. One of the players who joined this group was Fred.

Manchester United will play a crucial match in the early hours of this morning. They will face Chelsea in the matchday 13 of the EPL.

This match is a crucial match for Manchester United. Because they have not achieved a bad trend in the Premier League, where they were last beaten by Watford with a score of 4-1.

Michael Carrick and the Red Devils squad are reportedly already preparing for this match. Manchester Evening News reported that they had left for London yesterday.

According to the report, there is one surprise in the MU squad in this match. Fred joined the group.

At his press conference, Michael Carrick confirmed that Fred had an injury. His leg sprained during MU’s 2-0 win over Villarreal in the middle of last week.

The Brazilian midfielder was reportedly at Manchester Airport yesterday. He joined the MU group that traveled to London.

The report also claims that Harry Maguire has also joined United’s entourage. But he certainly can not play.

The Red Devils captain got a red card against Watford. So he can’t play in this game.

Carrick reportedly asked the captain to come with him to help him in the dressing room. Meanwhile, Eric Bailly will most likely have a duet with Victor Lindelof in this match.

Here are the 14 players that MEN saw at Manchester Airport. It is estimated that there are a total of 19 players who participated in this match.

In an exclusive interview with Sky Sports, Marcus Rashford reflects on Ole Gunnar Solskjaer’s sacking and how Manchester United get back on track; watch Chelsea vs Man Utd live on Sky Sports Premier League from 4pm on Sunday; kick-off 4.30pm

Sacked in the wake of the club’s shocking 4-1 defeat at Watford the previous day, the Norwegian unusually gave a final interview, reflecting on his time in charge. During his long farewell, he also made the point of speaking with the players he was leaving behind at their Carrington training ground.

“[He spoke to us] individually, around breakfast time, then we had a meeting before we went out to train, which was very different,” Marcus Rashford told Sky Sports.

“I’ve been here when managers have left and they just pack their stuff and go out the door. But it just shows how good a person he is, how much the club means to him.

“Ole knows he’ll always be a legend of this club and the players here respect him 100 per cent. It’s unfortunate that it didn’t go our way as a group. The way it started, the position he brought us to, we were close a couple of times to winning big trophies and we always seemed to just fall short.

“If those moments go our way, we could end up with two or three trophies, maybe he’d have had more time. But it’s football, things happen, and you can only move on from it. Even though it’s difficult, you have to find a way to move on.”

Rashford, a United fan, had a particular affinity to Solskjaer. “Inside you feel guilty because everybody has a role to play when you’re on the pitch,” he says. But there has been little time for reflection.