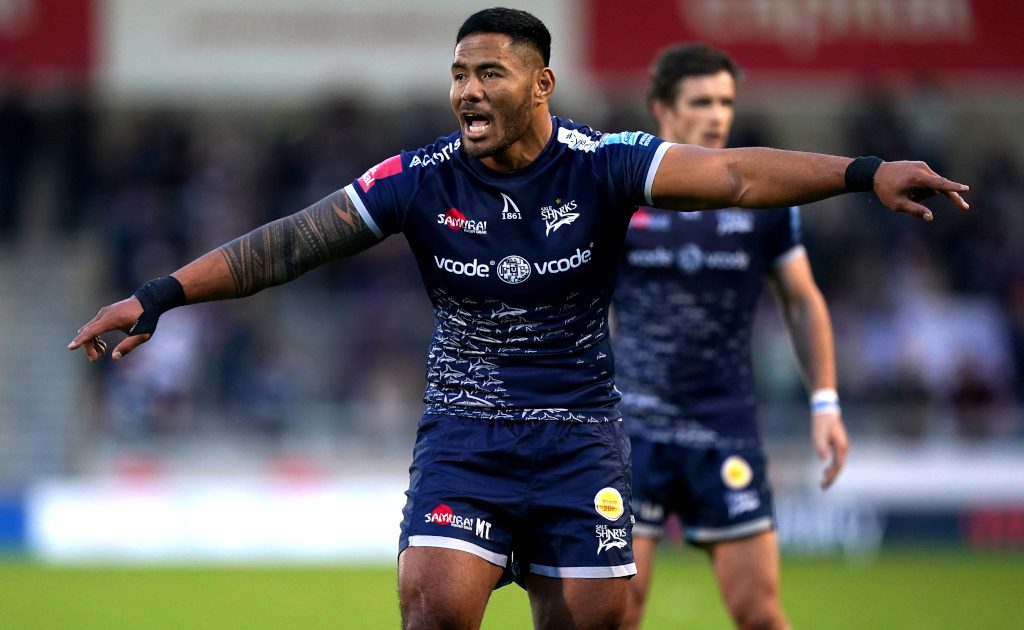 England centre Manu Tuilagi is back in Sale Sharks’ squad for their crucial Premiership clash with Saracens at the AJ Bell Stadium on Friday.

Tuilagi makes the replacements bench for the game after his latest spell out.

Jono Ross is captain
Jono Ross captains the side on the blindside flank and is joined in Sale‘s back-row by openside flanker Ben Curry and number eight Daniel du Preez.

World Cup winner Faf de Klerk will start at scrum-half and is named alongside compatriot Robert du Preez at fly-half in the absence of AJ MacGinty.

Elsewhere, Rohan Janse van Rensburg keeps his spot at inside centre and is paired with Sam James in the midfield. James dons the 13 shirt and will act as a second distribution option in the Sharks backline, with in-form speedsters Arron Reed and Tom Roebuck featuring in Sale’s back three alongside full-back Luke James.

On the bench, Akker van der Merwe and Nick Schonert make their long awaited returns as they join Simon McIntyre as front-row options for the game. Second-row Jean-Pierre du Preez and the versatile Tommy Taylor offer further cover for the forwards.

Meanwhile, Saracens have made three changes to their starting team as Owen Farrell drops out of the matchday squad altogether in Salford on Friday.

Aled Davies stays at scrum-half after an energetic display a week ago, and he is joined by Farrell’s replacement, Alex Goode, as the half-back pairing.

Tompkins and Alex Lozowski continue in the centres while in the back-three Max Malins joins Sean Maitland and full-back Elliot Daly in the line-up.

Up front, Eroni Mawi is back at loosehead prop alongside Jamie George, who captains the team at hooker. Vincent Koch completes Sarries’ front-row.

Nick Isiekwe and Tim Swinson are the locks, with Maro Itoje moving to blindside flanker where he joins Ben Earl and Billy Vunipola in the back-row.