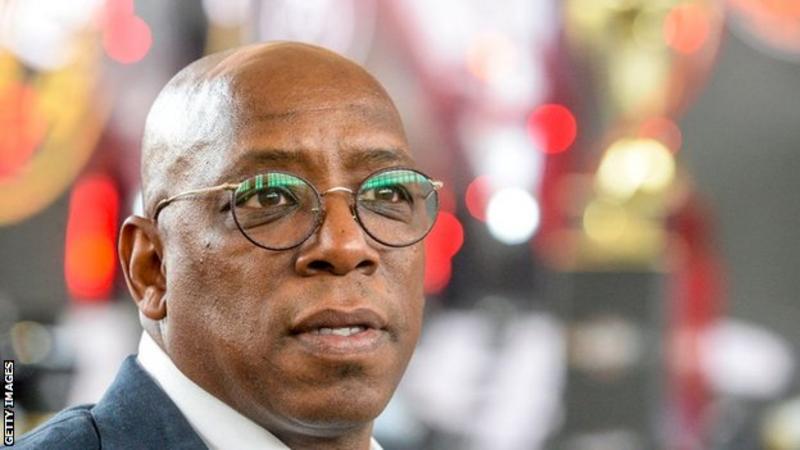 Wright praised them, but added that they cannot fight racism alone.

“Not only are they great footballers, they have a social conscience and they have huge platforms that people listen to when they say something, and that’s what happens these days,” he told the Press Association.

“And what you see is that if this happens now, everyone will come together and so things will change. Things are moving, not as fast as they should be, but they are moving.

“Things only change when whites get involved. If it was down to blacks, we would still be (constantly) racially abused. We can’t change that alone.”

Manchester United’s Rashford has worked to end food poverty among children in the UK, with his work in providing free school meals in England during school holidays and other support for low-income families leading to major changes in government policy.

Manchester City’s Sterling has spoken about the racial abuse he’s faced on and off the pitch and campaigned for racial equality.

The 57-year-old match-of-the-day expert Wright wants a stronger representation of the blacks, but points out the effects of “white allies” and cites Rangers boss Steven Gerrard and Burnley captain Ben Mee, both of them agreeing Expressed racism.

“We still need black people who come to certain offices high up to make changes – and that still doesn’t happen because if they did we wouldn’t be going through certain things that we are going through now,” Wright continued.

“But at the same time, things are changing, how things move, people like Steven Gerrard and Ben Mee and white allies who are passionate about the injustices of racism and inequality.

“This is how people change what they feel, this is how you make them think, their conscience.”

As part of Black History Month, Wright and his former Manchester City winger Shaun Wright-Phillips, 39, and grandson D’Margio, 20, who plays for Stoke City, made a short film celebrating three generations of football excellence.

“(But) one of the things I think about all the time is the racist side of it. Three generations, will we all have it?”