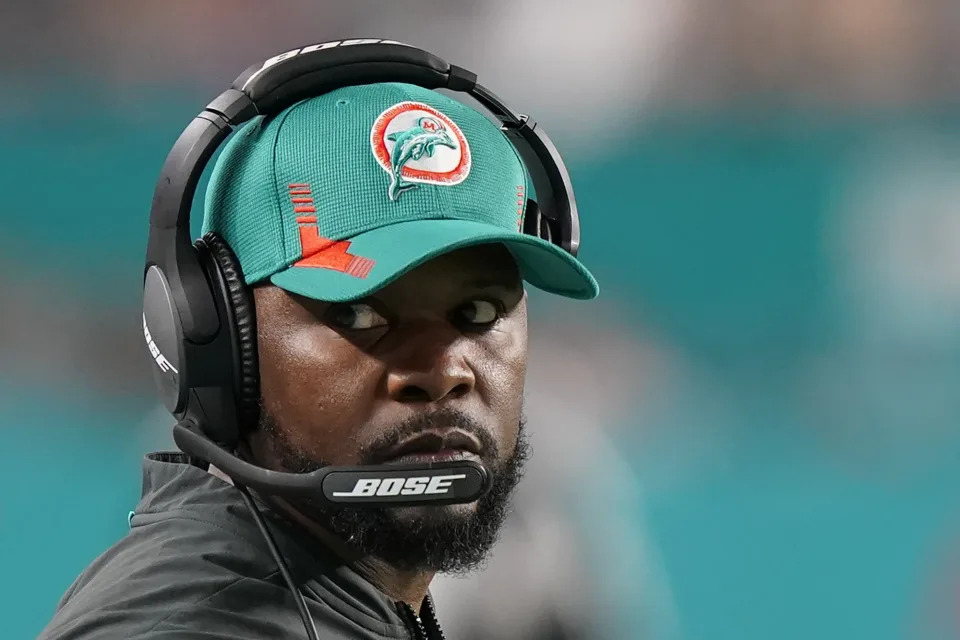 In a theme that’s stretched on for essentially one year, Deshaun Watson has some sizable quandaries on his hands. But as far as what he can control — the waiving of his no-trade clause — the firing of head coach Brian Flores in Miami is expected to reset the trade landscape for the quarterback.

Through the entire process of Watson’s trade demands, he has pointed his compass toward the Dolphins. And the sources in his camp have said consistently that the driving force behind Watson’s preference, including his willingness to waive his no-trade clause only for Miami, was his appreciation for Flores as a head coach. Not because of owner Stephen Ross. Not because of general manager Chris Grier. Simply put, Watson wanted to live and play in Miami while being coached by Flores. Now half of that equation is gone, and it’s going to force the quarterback and his camp to reconsider options.

That doesn’t necessarily mean that Miami is permanently crossed off Watson’s list of suitors, but there’s yet to be any clarity on the next head coach. Which is important, given that Ross said his replacement for Flores will get to determine who he wants at quarterback. That admission on Monday was a bit of a tipped hand, given that if Ross and Grier were motivated to be all-in on a Watson trade in the next two months, they wouldn’t be putting the decision in the hands of the next head coach. Instead they would be dictating that the next head coach be hired for a Watson pursuit. As of now, there is no indication that’s the case.

So what does this mean for Watson? Well, it opens up a few scenarios. First and foremost, NFL teams are taking the same approach that Ross took when any chance of a Watson deal expired at the trade deadline. Simply put, they want a resolution to his legal concerns. Watson’s camp is holding out hope that any kind of grand jury issue will be resolved by the end of January, potentially breaking an impasse in settlement talks in 22 civil suits accusing him of sexual assault or sexual misconduct. Sources close to Watson’s legal camp said that settlement discussions had significant activity before the trade deadline, but were never close to being resolved. Since the deadline, one source said those exchanges have gone quiet, with both sides seemingly waiting to see if a grand jury returns or declines a criminal indictment.

Among the NFL teams that have considered pursuing Watson, all have expressed a need for either significant clarity or total resolution of his legal matters. Only then could they take a meaningful step of asking the Houston Texans to start working out a trade package, then request permission to speak with Watson, at which point they’d attempt to convince him to lift his no-trade clause for their organization. However, the likeliest scenario now is that Watson’s camp will make a determination of what teams he’s interested in and submit them to the Texans. As of Monday night, those destinations were completely opaque — at least partially because of head coaching moves that are still in play, including the possibility that Flores could become a candidate in an attractive destination.

The Cleveland Browns had interest in checking in on Watson if he was going to be available. But through this week, there has been little belief that Watson would waive his no-trade clause to play for the Browns. Cleveland also owes Baker Mayfield his guaranteed salary of $18.85 next season, leaving the team to either try and make it work with him for one more year (which the Browns already appear to be signaling) or threaten chaos by pursuing Watson and potentially having that effort fall flat. All of that said, Cleveland is not a team that would be afraid of surrendering a significant windfall of draft picks if it was getting an All-Pro caliber quarterback in return. It just appears that Watson is very unlikely to be gettable.

The Carolina Panthers continue to be an NFC trade destination that the Texans would prefer — effectively getting Watson out of the AFC — but the Panthers internally have struggled with getting a consensus on a Watson pursuit. Largely because of the massive compensation that would be required, as well as the significant amount of cap space that would be devoted to the quarterback spot in 2022, between Watson’s $35 million base salary and the already-guaranteed $18.85 million owed to Sam Darnold. Some in the building would lean into a Watson pursuit despite the salary anchor and trade assets it would require. Others prefer to continue a build across the roster with draft picks and cap dollars, waiting for the right opportunity to come along at quarterback. In the end, it’s going to be the call of owner David Tepper, who ultimately removed the Panthers from a Watson pursuit in the days before the trade deadline. Of course, like the Browns, there’s also the question of whether Watson would waive his no-trade for Carolina.

As for the rest of the field, it’s worth watching how the Philadelphia Eagles finish in the playoffs, given that general manager Howie Roseman is always looking for potential ways to make his team better. Roseman is always game to have a conversation and never going to leave a phone ringing. The Denver Broncos also remain interesting, although a source tells Yahoo Sports that team president Joe Ellis has voiced reservations about any Watson pursuit prior to his legal issues being settled. That could change with the next coaching hire, not to mention Ellis appearing to be on his way out once an ownership change is completed. But it could also tie the hands of Broncos general manager George Paton, too, if Ellis doesn’t want to bring in Watson without the next owner weighing in on the move.

When you parse it all out, that’s a very open field for Watson to stare at. It’s likely wider than that group, too, with a number of NFL franchises looking for quarterbacks this offseason — like the New Orleans Saints — but also struggling with either serious cap issues or a lack of assets to complete a trade.

However, teams do have at least a little bit of time on their side. The Texans would like to get the Watson situation squared away by March, when the quarterback’s 2023 salary ($20 million) and roster bonus ($17 million) become fully guaranteed. That deadline is preferable but not an absolute dealbreaker, effectively giving all sides roughly two months to survey the field and also get a more firm grasp of where his legal situation is headed.

One way or another, a resolution is coming for Watson and the Texans. But with the firing of Flores in Miami, the snapshot of destinations is about to pan out to a wider angle. Possibly even to a team that nobody is anticipating this week.