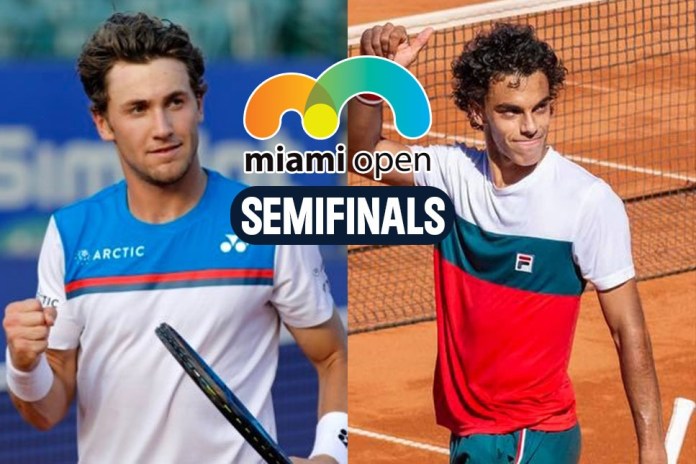 Miami Open Semifinals Live – Ruud vs Cerundolo LIVE: Sixth seed Casper Ruud, who pulled off a a stunning victory against Alexander Zverev in the quarterfinals,  will play unseeded Francisco Cerundolo for a place in the Miami Open final. Cerundolo is entering the contest after Jannik Sinner pulled out of his quarterfinal clash with injury. Follow Miami Open Tennis LIVE Updates with InsideSport.IN

A career-best win by ranking for @CasperRuud98 to head into the #MiamiOpen semis! 👏🇳🇴 pic.twitter.com/afsgkSPuaF

Semifinals are not just a dream anymore! 🇦🇷@FranCerundolo is into his first ever Master 1000 semifinals, the biggest accomplishment of his career so far. @MiamiOpen | #MiamiOpen pic.twitter.com/Kcdsm2dnIi

Ruud vs Cerundolo Head-to-Head: This will be the first meeting between both these players. Casper Ruud enters the contest as the favourite as he has a superior ranking and is in great form in the tournament.