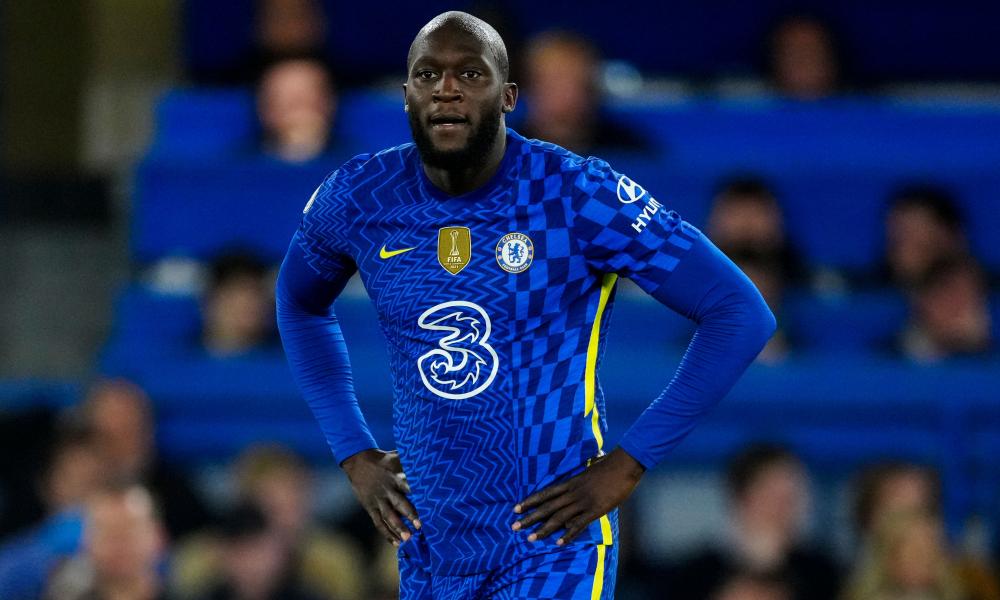 There are games of football that feel like the inevitable product of their circumstances: system against system, the attacking and defensive patterns predetermined days in advance, the result telegraphed from the moment the first ball is kicked. Then there are the games in which Granit Xhaka runs the midfield, a mass brawl breaks out in the closing minutes and Eddie Nketiah scores twice against a team currently sanctioned by the UK government.

Chaos, farce, or high entertainment? Probably a mixture of all three. As shirtless Arsenal fans clambered over each other in the Shed End, as a fuming César Azpilicueta remonstrated with some of the few Chelsea supporters who were left in the ground, it was tempting to write this off as a classic slice of freak Premier League, a crunch London derby with all the logic and ambience of a Carabao Cup fourth-round tie.

Chelsea remain well ahead in the race for Champions League football. Thomas Tuchel sent out a weakened, experimental XI. Their attentions are understandably divided at the moment. Perhaps this was simply a case of victory going to the team who cared more.

But pick through the bones of Chelsea’s third consecutive home defeat and there are signs of legitimate concern. Most obviously you fear for that defence, so impregnable and well drilled earlier in the season, but which has already conceded more goals in 2022 than it did in the first 10 months of 2021. Even Thiago Silva’s introduction at half-time failed to blunt Arsenal’s threat on the counter-attack, the prevailing mood of panic that seems to grip Chelsea every time someone vaguely decent runs at them.

And yet, even in the wake of a four-goal trouncing, it felt like a convenient scapegoat had already been identified. Barely a minute before he was substituted to a chorus of boos from his own fans, Romelu Lukaku was making a decisive run to the near post, in anticipation of a cross from Timo Werner. Werner failed to see him and instead cut the ball back into space. And in a way that little exchange summed up Lukaku’s season at Chelsea, a season of misunderstandings and misalignment, in which a £97.5m striker has somehow become the emblem of everything wrong with the club.

Certainly you sense that the fans would feel no great nostalgia for Lukaku should Chelsea cut their losses and get rid of him in the summer. Lukaku is an old 28, with more than 600 games in his legs for club and country and lacking some of the pace and sharpness of his early years. He has not scored a league goal in four months. In the last fortnight alone he has missed decisive chances against Real Madrid in the Champions League and Crystal Palace in the FA Cup semi-final. In the long run, Werner and Kai Havertz and even Armando Broja – on loan at Southampton – are probably more valuable.

Even Tuchel, you feel, has reconciled himself to the essential disposability of his record signing, claiming before the FA Cup semi‑final on Sunday that Lukaku was “not fit enough for the intensity of our game”.

Meanwhile you can also sense Tuchel’s apathy in the way he talks about Havertz, a player he genuinely seems to love: “He gives us volume, he covers a lot of metres in high intensity, he loves to create overloads and half‑spaces.”

Lukaku, by contrast, is described in the terms of a pure finisher: a man who if he is not contributing goals is basically useless. “Of course we want to serve him,” Tuchel said of him earlier this year. “But sometimes he needs to do service as well.”

And so Lukaku finds himself in the invidious position of having to adapt to a team that in many ways has moved beyond him, a conventional striker in an unconventional team.

Here he ran and he scurried, he toyed with the offside trap, he drifted deep and into the channels. He missed a good chance when the score was still 0-0. He executed a delightful nutmeg on Gabriel early in the second half. And yet for the most part, the ball was inevitably funnelled somewhere else, moved in patterns he is no longer equipped to interpret.

This is, lest we forget, a man who scored 24 times in Serie A last season.

Who may well go on to break the all-time record for international goals.

Who will probably go on to do an excellent job for another club, one built more explicitly around his target-man strengths.

In the meantime there will probably be new Chelsea owners within a matter of days, at which point virtually every asset will be evaluated and given a shelf life. With a little time and little love, Lukaku could still thrive at Stamford Bridge. But it’s becoming increasingly clear he has neither.