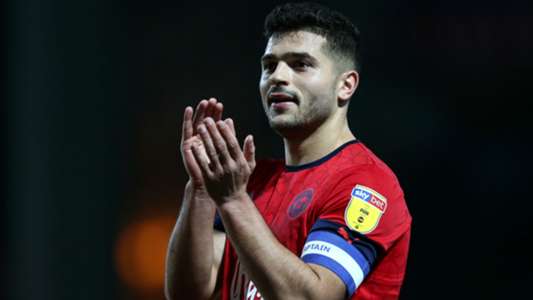 Ipswich Town manager Paul Cook has described midfielder Sam Morsy as a massive addition to the squad as they prepare to face Doncaster Rovers on Tuesday.

The 30-year-old Egypt international joined the League One club on a three-year contract from Middleborough on transfer deadline day becoming the third time he was playing under Cook.

And since joining the side, he is yet to make his debut in the league but featured and captained Ipswich’s U23 side as they suffered a 2-1 defeat against West Ham in the EFL Trophy match.

Morsy will finally be able to make his league debut for the Blues after serving a three-game suspension and according to coach Cook, he will be a massive addition to the squad.

“Samy is always champing at the bit,” Cook said as quoted by East Anglian, when asked about the Egyptian international, who has also played for Wigan Athletic, Chesterfield, and Port Vale.

“He’s a really good lad. He’s captained the clubs I’ve been with him at [Chesterfield and Wigan]. I know Samy inside out and Samy knows me inside out.

“He’s a competitor, he’s a winner and he’ll want to win desperately for Ipswich Town Football Club. He’s a massive addition to the squad.”

On the team’s injury news, Cook said: “I think Kyle Edwards will be available too [following a four-game injury absence], as well as Toto Nsiala [having missed the last nine]. So we are getting stronger now.

“Lads are getting games under their belts and the squad is growing, which is great for everyone.”

On joining Ipswich on August 31, 2021, Morsy said: “The immediate aim is to get promoted and that’s what I’ve come to the club to do.

“You can’t dress it up, the aim is promotion given the size of this club, the players, and the manager. I know the owners want to invest in the squad and want us to be a force in the Championship.

Morsy, who was born in England, qualified to represent Egypt as his father is Egyptian and made his international debut on August 30, 2016, after coming on as a substitute for Mostafa Fathi at half-time in a 1-1 draw with Guinea in a friendly at Borg El Arab Stadium.

He was on the bench as Egypt secured qualification to the 2018 Fifa World Cup with a 2-1 victory over the Congo.

In June 2018, he was named in Hector Cuper’s 23-man squad for the 2018 Fifa World Cup in Russia and he made his Fifa World Cup debut in the opening game of the group stage on June 15, coming on for the injured Tarek Hamed 50 minutes into a 1-0 defeat to Uruguay.

The Tractor Boys have only managed one win from the eight matches they have played so far in this campaign and are placed 21st on the 24-team table with seven points.