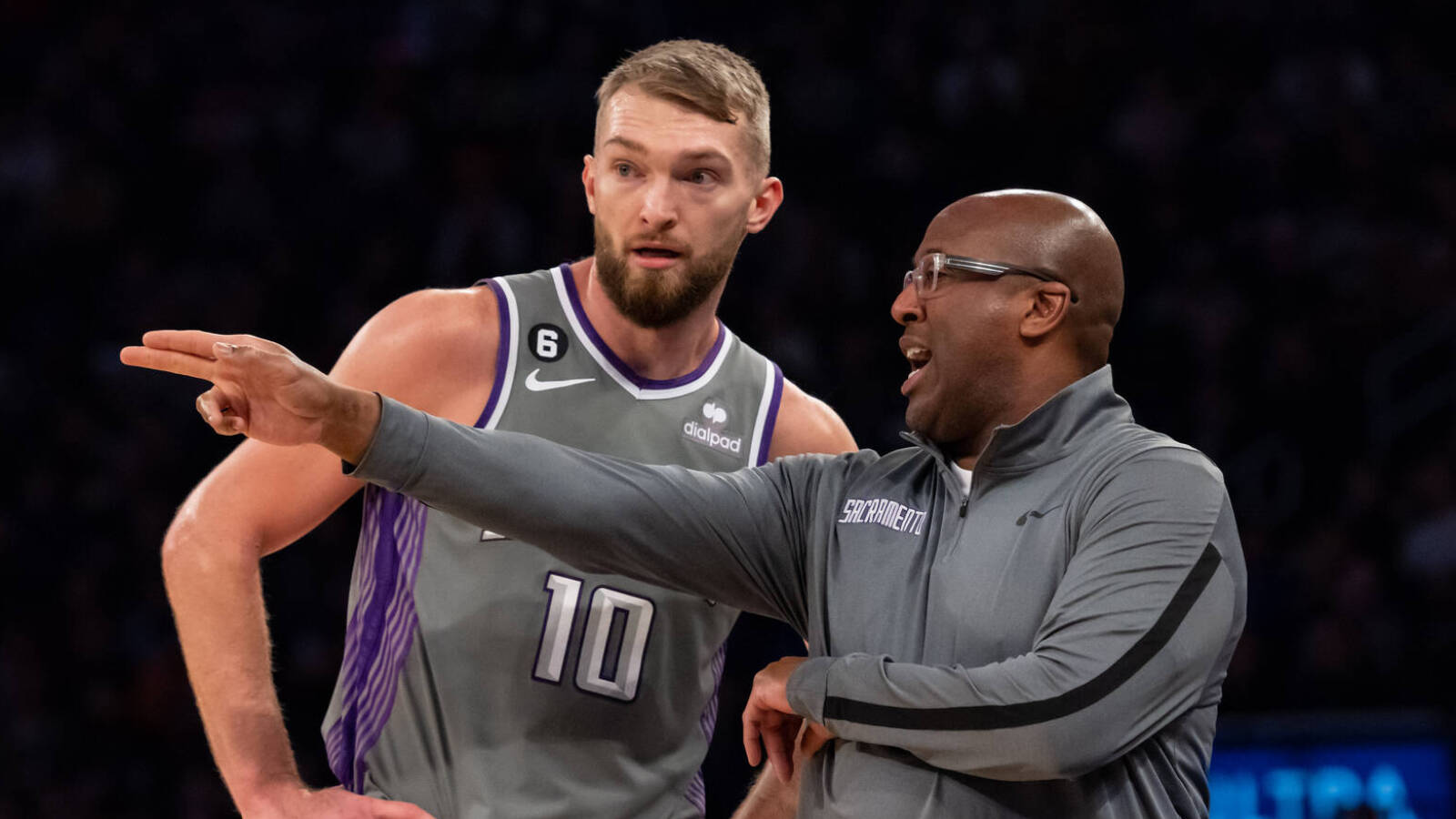 Sacramento is averaging 119.9 points per game, the most in the NBA. The Kings are one of three teams to feature one five-man lineup in at least 30 games this season, per data from NBA.com.

Denver (Bruce Brown, Kentavious Caldwell Pope, Aaron Gordon, Nikola Jokic, and Jamal Murray) is the only other team to feature a five-man rotation in at least 30 games. Of those three, Sacramento averages the most minutes (35.2) and has the best plus-minus (+3).

Advanced metrics show the Kings starting five’s offensive rating (119) only trails Denver’s (121.2) while Sacramento’s lineup has the best defensive rating (110.5) and operates at the fastest pace (103.85).

When the Kings traded for Sabonis last year, it looked like another misstep for the organization. Why would the team trade a promising young star — in this case, Tyrese Haliburton — who wanted to be in Sacramento for a borderline all-star?

Instead of the trade joining the list of poor Sacramento front-office decisions, it’s been hugely beneficial for the Kings with Sabonis having the most success of his career.

He’s averaging a league-high 12.6 rebounds while scoring 18.9 points on a career-best 61 percent shooting.

Fox is a legitimate star at point guard, averaging 24 points and six assists per game on a career-high 50.7 shooting percentage. Rookie Murray was drafted fourth overall in the 2022 NBA Draft and is averaging 11.7 points on 40.6 percent shooting from three in 28.8 minutes per game.

Huerter is a long-distance sniper — 41.6 percent from three — and increased his production since being acquired in a trade this offseason with Atlanta. Barnes gives the team a veteran with championship experience after winning the title with Golden State in 2015.

There are more playoff contenders in the Western Conference than usual, and they aren’t all good. Teams ranked fifth through 13th are separated by 3.5 games and none of the nine are more than two games above .500.

Sacramento is moving far beyond that muddled mess, faster than a beam of light.