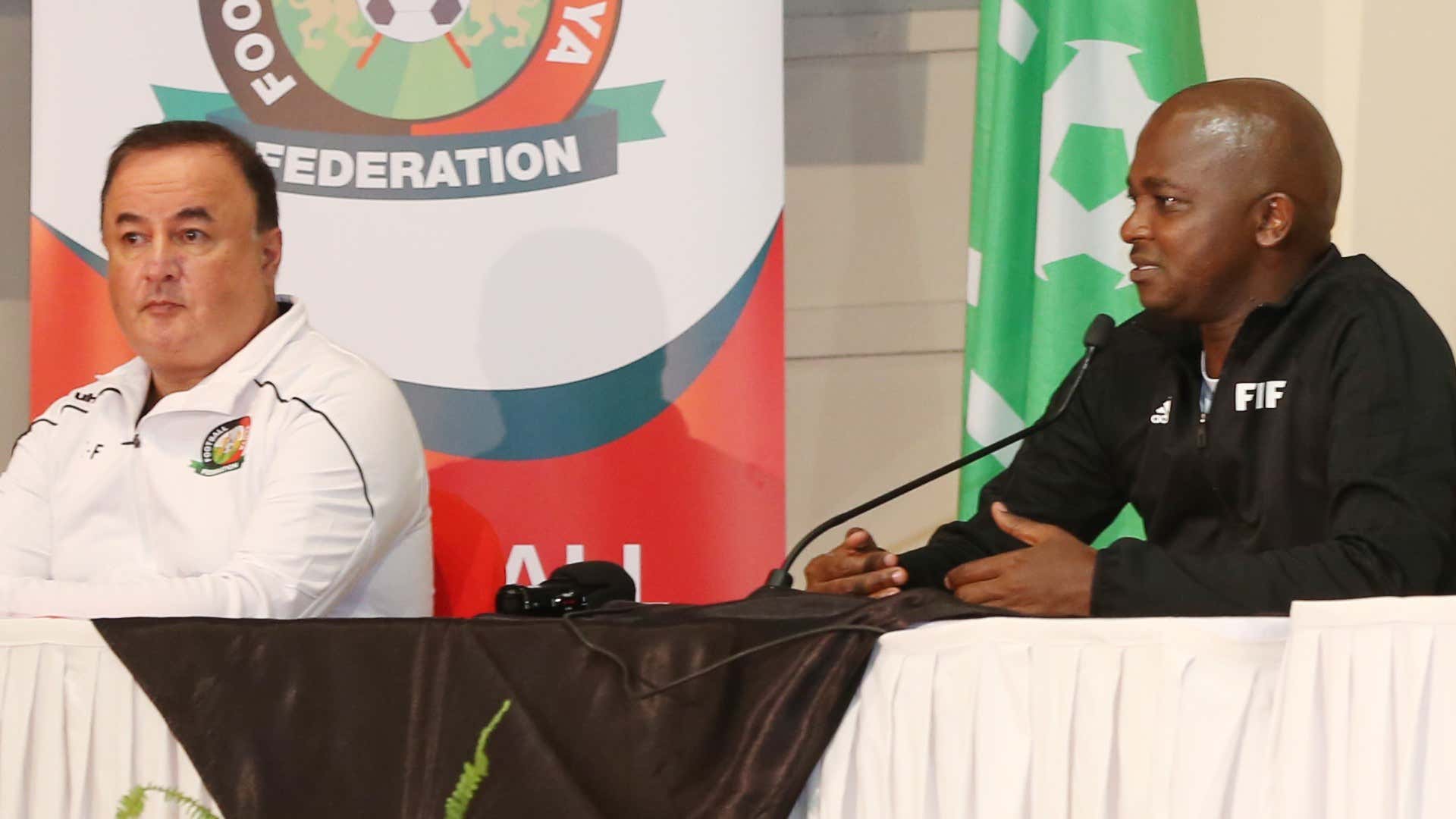 Nick Mwendwa says Football Kenya Federation went for Engin Firat because he is a coach who was ready to help Harambee Stars after the local coaches failed to deliver.

The Turkish tactician was appointed to coach Kenya and help them qualify for the 2022 World Cup. However, under his guidance, the East Africans were hammered 5-0 away to Mali before falling by a solitary goal against the same opponent, to be eliminated from the race to Qatar.

He was handed a two-month contract, meaning he will be at the helm to oversee Kenya play their remaining Group E matches against Uganda and Rwanda respectively.

‘Moldova don’t have talent as Kenya’

“A permanent coach would have cost us a lot of money. So we found a top coach from Europe who agreed to take us through four games,” Mwendwa told NTV.

“Moldova don’t have half the talent we have… we can debate on Firat whether he was a top or not.”

The administrator further explained why a local coach was not considered. We felt we should not give a local coach a chance because we had given a chance to three but it was not satisfying.

“We did not want to repeat the same mistakes… we have been giving coaches chances believing we will go forward in vain.”

‘Kenya have no quality’

The vocal administrator said in an initial interview that Harambee Stars lack quality and even AS Roma manager Jose Mourinho or Arsenal tactician Mikel Arteta would struggle with this team.

“The work that needs to be done is that we need to bring the talent to the table. For you to win, you need quality players. You guys know Moussa Djenepo, do we have a player like him?

“We have to build him and that is the reason we are training coaches to go to the grassroots and find our Moussa Djenepo, they can find a [Yves] Bissouma to compete with the likes of Mali.”

In Group E, Mali are on 10 points while Uganda are on eight, Kenya have two points and Rwanda one.