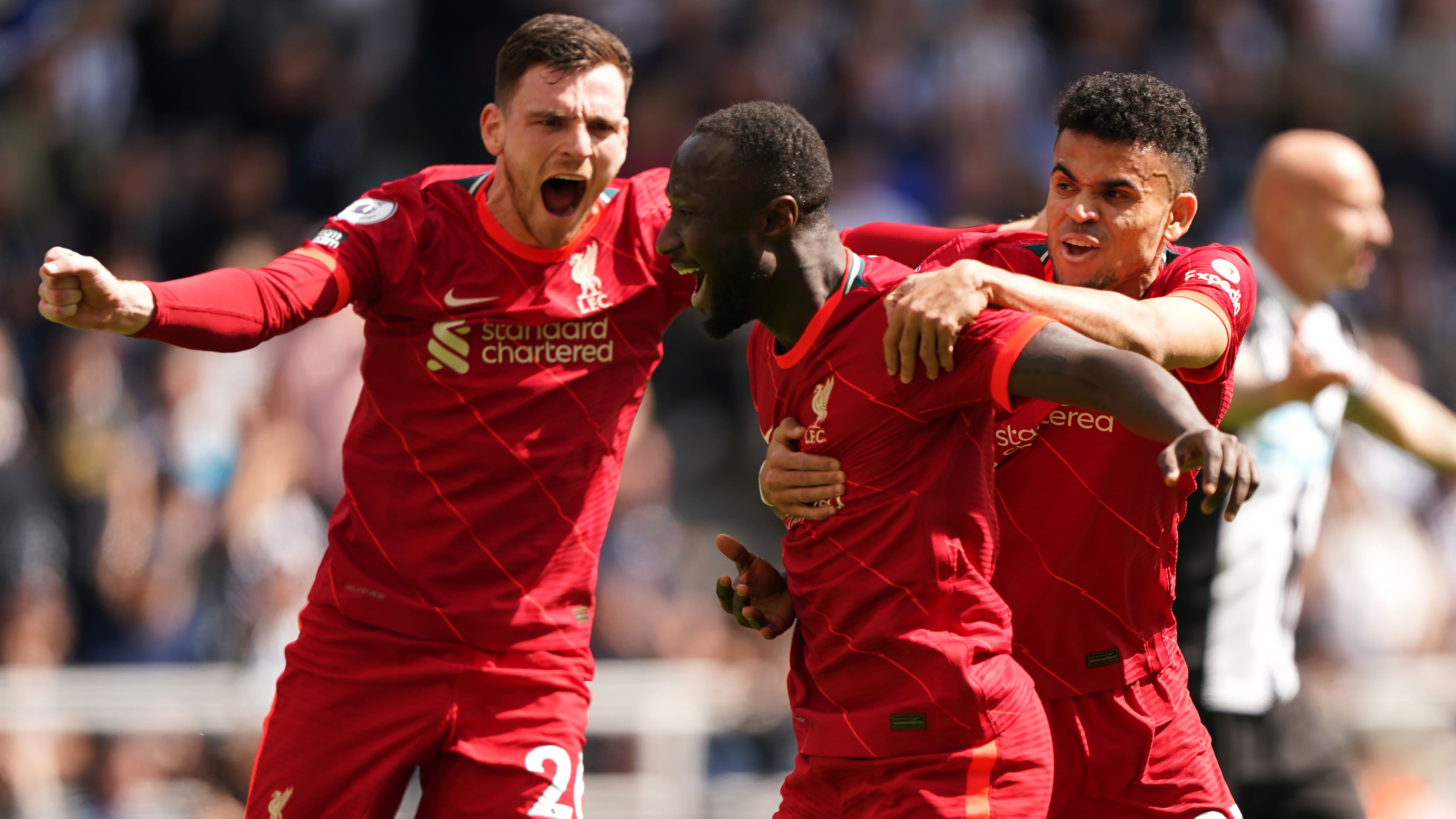 Naby Keita ensured Liverpool’s quadruple hopes remain very much alive as he fired them to victory at in-form Newcastle to keep up the pressure on Premier League title rivals Manchester City.

Keita’s assured first-half finish was enough to claim a 1-0 win at St James’ Park on a day when Reds manager Jurgen Klopp was able to rest Trent Alexander-Arnold, Fabinho, Thiago Alcantara and Mohamed Salah from his startling line-up ahead of Tuesday’s decisive Champions League semi-final trip to Villarreal.

Liverpool might – and probably should – have won more comfortably in front of a boisterous crowd of 52,281 as they held the upper hand for much of a contest which saw the Magpies’ hopes of a fifth successive league win and a seventh on the trot at home wilt in the face of almost constant pressure.

Eddie Howe’s men were never able to build up the kind of head of steam which has eased them clear of the relegation battle, perhaps a reminder of how far they have to go before they can once again compete with English football’s best on a sustained basis.

The game kicked off amid a raucous atmosphere which might have increased had Jonjo Shelvey managed to make a better connection with a second-minute shot.

Diogo Jota was similarly unable to make the most of a half-chance as the ball dropped to him inside the Newcastle penalty area, but Keita had keeper Martin Dubravka scrambling across his line as his first-time strike flew inches wide of the far post with eight minutes gone.

Jordan Henderson volleyed high over from Andy Robertson’s corner with the Reds menacing in possession, which they increasingly started to dominate as Henderson and James Milner were allowed to dictate from the middle of the field.

They took the lead with 19 minutes gone when, with the home side appealing in vain for a free-kick following Milner’s challenge on Fabian Schar, Henderson and Jota combined to feed Keita, who stepped inside before dispatching the ball past the helpless Dubravka.

Newcastle’s response was tepid with Allan Saint-Maximin dragging a 28th-minute effort harmlessly wide as the visitors denied Bruno Guimaraes time and space to effectively limit his creativity, and Dubravka had to get down well to keep out Sadio Mane’s shot after Luis Diaz had raced away down the right 11 minutes before the break.

Miguel Almiron thought he had levelled with six minutes of the half remaining after rounding Alisson, only for an offside flag to dash his hopes, and it took a fine fingertip save by Dubravka to prevent Jota from increasing the visitors’ lead as the whistle approached.

Newcastle returned with greater intensity, but with key men Guimaraes and Saint-Maximin still largely curtailed, were unable to cause enough problems to trouble Alisson and his defence unduly, and Dubravka had to be alert to deny Jota and Robertson in quick succession as the hour mark approached.

Mane might have killed the game off with 27 minutes remaining but steered his shot wide, and Dubravka had to save from substitute Salah and Jota as Liverpool eased to victory, although Alisson had to be vigilant to keep out Guimaraes’ late strike.