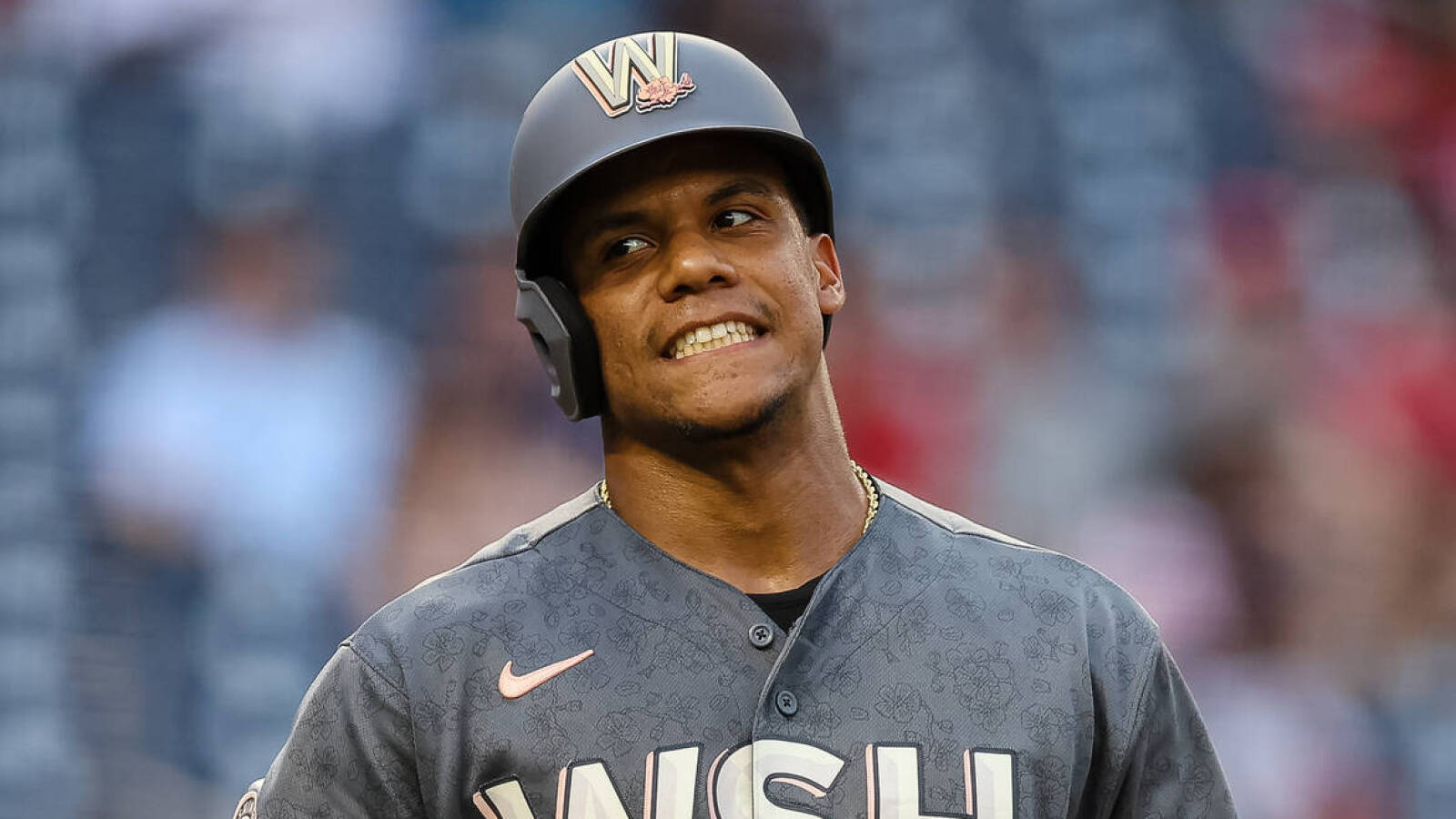 Contract talks between Juan Soto and the Washington Nationals have intensified, according to MLB insider Hector Gomez. It appears the Nationals are ratchetting their efforts to lock in their 23-year old superstar to a long-term deal.

However, the motives behind their actions towards Soto may have more to do with the potential sale of the team than anything else. FOX’s reporter Ken Rosenthal explained the Lerner family is looking to entice the sale of the team with having Soto on the books for the next decade.

“They (Nationals) have been trying to extend Soto,” Rosenthal said. “What they want to do is give cost certainty to ownership groups that are looking at the team trying to buy it.”

Last month, Jon Heyman of the New York Post reported the potential sale of the Nationals may keep Soto from getting traded. He noted “every” bidder has informed the Lerner family they want Soto on the team.

Thus Rosenthal’s latest report makes sense. The Nationals are more attractive having Soto under contract long-term. Without the young phenom there could be an initial negative effect on ticket sales, merchandise and other team revenue. Those are hurdles a new owner won’t want to face after dropping a billion or two to buy the team.

Ultimately, having a deal in place with Soto could drive up the price of the sale.

“I don’t know that a deal is going to get done,” Rosenthal continued. “Scott Boras is Juan Soto’s agent. Scott Boras generally likes his guys to go to the open market. But at the same time, the Lerner family that owns the team, they don’t want to be the ones to be responsible for Juan Soto leaving the Nationals. That is why you’ve heard [Nationals GM] Mike Rizzo say we’re not trading him. And that is why they are still trying to sign him.”

Soto remains open to the “back and forth” contract talks with the Nationals. He already won a World Series ring and batting title. He is considered one of the best hitters in baseball and is not even 24 years of age.

Soto already turned down an offer of $350 million over 13 years from the Nationals. Plus, an additional one exceeded the Nats’ initial offer. The Lerners have a reputation for including deferrals in their contract offers much like they did with Max Scherzer, Bryce Harper and Stephen Strasburg. Yet, their offers to Soto have no deferrals according to reports. Another sign the Lerners could be setting the table for the next Nationals owner.