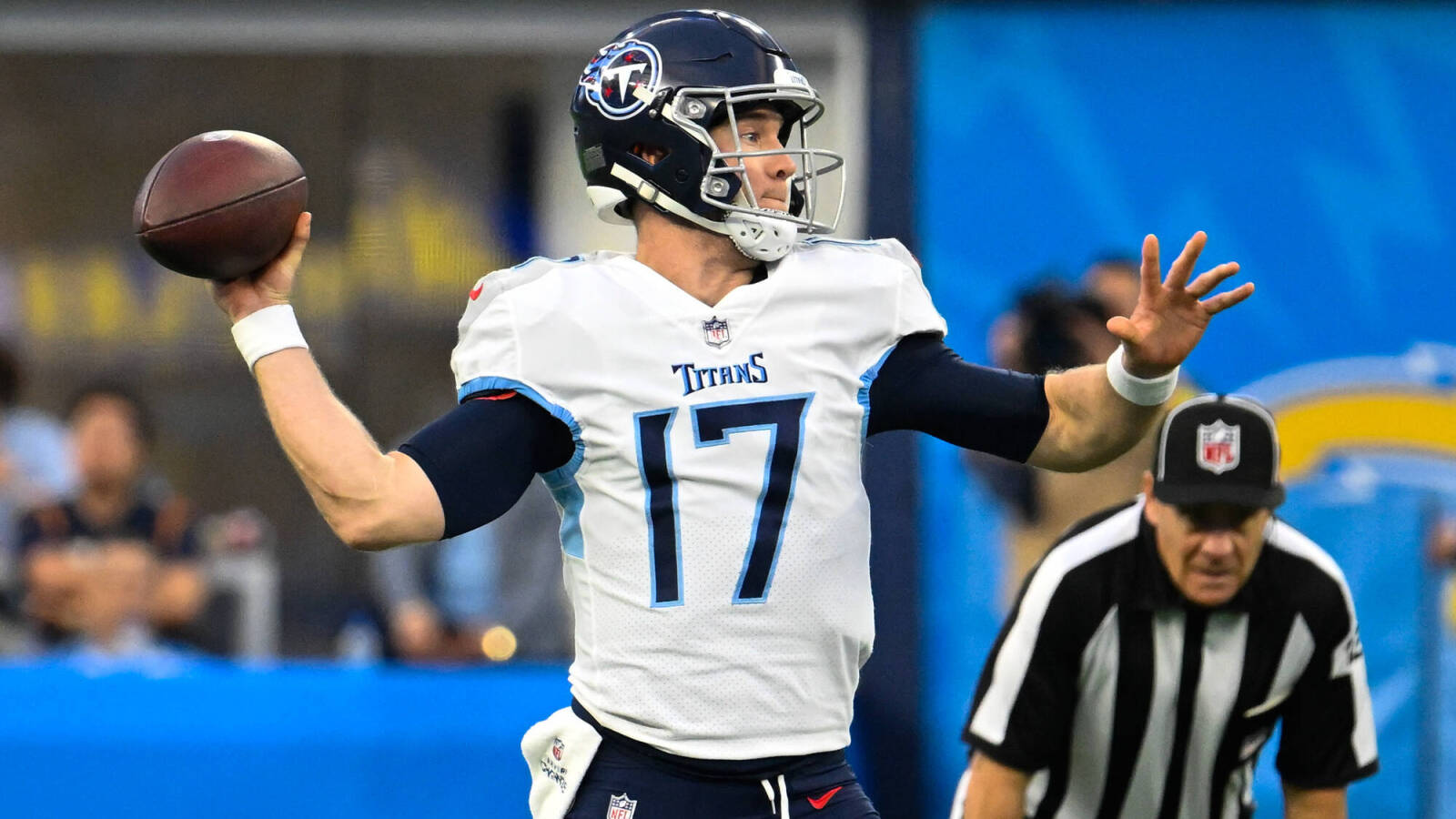 “I don’t think that’s fair at this point,” Carthon responded when asked during his introductory news conference on Friday to assess the club’s quarterback situation, per Turron Davenport of ESPN. “We’re still evaluating the roster. Ryan has been great here. He’s won a lot of football games. I look forward to us winning football games. But I still need more time to evaluate and make those decisions.”

Tannehill turns 35 years old this coming summer. He missed five games this season due to an ankle issue and has one more year remaining on his contract. According to ESPN, the veteran ended the campaign 24th among qualified quarterbacks with a 49.2 total QBR. He was 17th with a 65.2% completion percentage and tossed 13 touchdowns with six interceptions in 12 contests.

Nick Suss of The Nashville Tennessean explained that the club could save $27 million against the salary cap if they waive or trade Tannehill after June 1. While Tennessee has 2022 rookie Malik Willis on the roster, he completed just 50.8% of his 61 pass attempts for no touchdowns and three picks before he was benched in favor of Joshua Dobbs.

It was suggested last February that the Titans could become a landing spot for Green Bay Packers star Aaron Rodgers, and Rodgers hinted earlier this week that he could force an exit from Green Bay this winter if he no longer feels that organization is “the right situation” at this point of his career. Last weekend, NFL Network’s Ian Rapoport linked the Titans with none other than Tampa Bay Buccaneers quarterback Tom Brady.

Brady can hit free agency when the new league year opens in March, and whispers about the 45-year-old remaining an active player for at least one more season are growing louder ahead of Super Bowl LVII.

“This is a quarterback-driven league,” Carthon added. “People are hired and fired every day over that position. I want to spend more time evaluating that position so I will have my own opinion. Then, (head coach Mike Vrabel) and I will confer, and we’ll figure it out.”