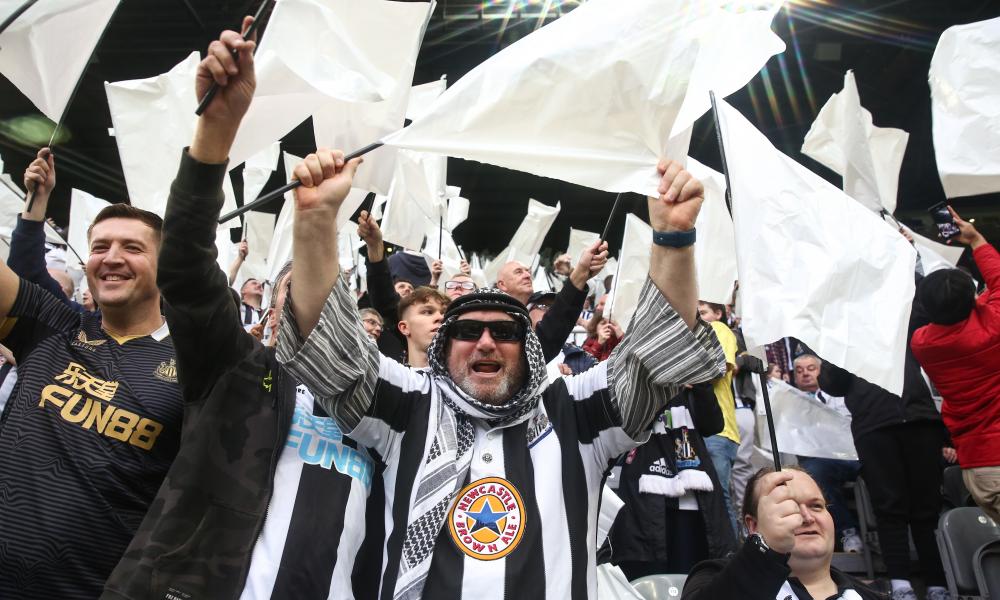 It has been another week of soul-searching for football. What is the game, what is it for and who does it belong to? With nine Premier League matches postponed in the past week and Dr Nikki Kanani, medical director of primary care for NHS England, suggesting that attending games is a needless risk, a return to reduced attendances, closed-doors matches or even a suspension have become distinct possibilities.

The return to Project Restart protocols may be enough to quell the spread of the virus among players but if it is not, keeping going cannot be justified. Brentford’s Thomas Frank has already called for a circuit-breaker but potentially pushing the end of the season into the summer is not easy because of the truncated close-season to accommodate a November World Cup. In football, as in so many other spheres, the pandemic has exposed the dangers of greedy short-termism and bodge-job solutions to systemic problems.

What is clear is the desire for football. During the 100-day suspension in the first lockdown, just as in the second world war when the league shut down, only for local competitions to open up within a month, the need for football as an entertainment and distraction, as a communal event to give us something to discuss, rapidly became apparent. CS Lewis observed that we read to feel less alone; in the modern age football serves a similar function.

That’s the romantic justification for football’s domination of modern media and culture. And there is something remarkable in that, all over the world, people will be tuning in to Tottenham v Liverpool on Sunday afternoon. Express scepticism about Cristiano Ronaldo or José Mourinho and the abuse will come from all corners of the globe. Football really is universal.

But that also makes it both potentially lucrative and influential – and that is why so much of the game is so distasteful. Hearing the self-interested bleating from various top-flight clubs after the fan-led review called for an independent regulator made laughable the idea that any owner has the wider good of the game at heart. And that’s been the other theme of this week: the grim consequences of football’s appeal as a tool of soft power.

First there was the news that Abdullah Ibhais, the former media manager at the Supreme Committee of delivery and legacy for the 2022 World Cup, has been jailed in Qatar for three years. He was initially convicted and sentenced to five years in April for bribery after a confession he says was extracted under duress.

No evidence was presented at his trial and he claims he was denied access to a lawyer. He appealed and was released, but then rearrested just before he was due to speak to the Norwegian state broadcaster NRK. The magazine Josimar has reported how his initial arrest came after he had refused to spin a story about migrant workers going months without pay in a WhatsApp exchange with senior members of the Supreme Committee.

Quite apart from the personal horror of Ibais’s story, the WhatsApp messages cast doubt on official claims about the safety and treatment of migrant workers. Nobody should believe next year’s World Cup represents anything other than football being used as a status symbol by a repressive state in which homosexuality remains illegal and women’s rights are severely restricted.

Then there was the news that US cryptocurrency speculators plan to invest in Bradford City, offering a new model of ownership based around non-fungible tokens. For all the sentimental talk of “community storytelling”, that community is the global investors, not the local fans who have supported the club for decades – another civic asset sold off to an investor with no feel for Bradford, its history or its environment.

Sunday, meanwhile, will see the first meeting of Newcastle United and Manchester City since that game became a battle of Saudi Arabia and Abu Dhabi. There should be outrage that two proud local institutions have been taken over by foreign states (OK, a foreign state and a public investment fund that is definitely, categorically not the same as the state and the Premier League has legally binding guarantees to prove it) for reasons of diplomatic posturing.

But so far have we retreated into self-absorbed tribalism that fans welcome their distant overlords, despite their hideous human rights records, because they promise high-class football. The price of a fan’s soul? The appointment of Eddie Howe and the whiff of James Tarkowski.

To blame fans, though, is to address only the most visible symptom. There is a problem inherent in football: if you win you get more prize money and more people want to watch you, which in turn increases revenue through gate receipts, television rights, merchandise, sponsorship and advertising. More money means better players means more success means more money and, without salary caps, unless there is some form of redistribution, a self-fulfilling cycle until only a handful of clubs can compete.

The only way for an outsider club to bridge the gap is by the intervention of a sugar daddy, and so they are welcomed as implausible anti-capitalist disruptors even if they have bonesaws in their pockets. So unpalatable is the present crop of owners that the hedge funds have come to seem like the good guys; it’s enough to make you yearn for the cynical hauliers and scrap-metal dealers of old.

But these two aspects, the mass popularity of the game, the need for the game as a common touchstone, particularly in a time of global crisis, and the deals football has done with the disreputable, are intrinsically linked. If football weren’t so popular, it would hold less appeal to the very rich or those seeking to launder their reputations.

The result is that on the one hand there is a global army of social media warriors enthusiastically doing the job of bot farms, propagandising for faraway states. And on the other, as the Omicron crisis intensifies, the need for our fix of football, that habitual burst of fantasy and narrative, becomes ever more acute. Welcome to modern football: it stinks but we need it.