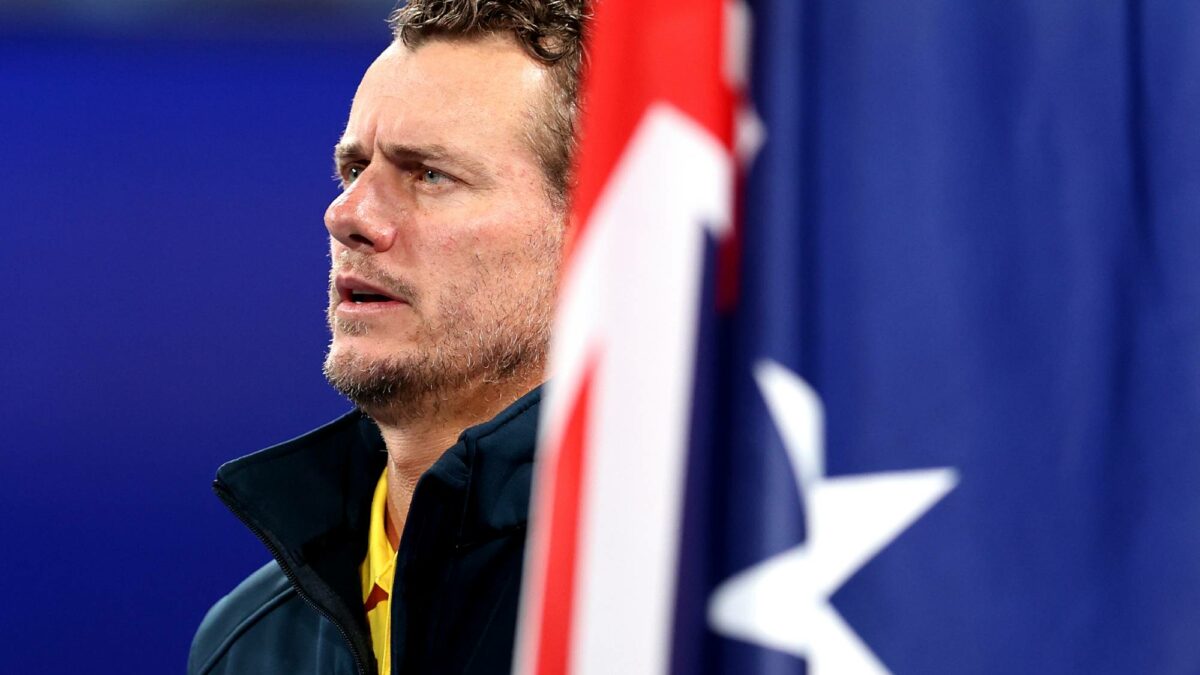 Nick Kyrgios’ communication issues are frustrating team captain Lleyton Hewitt as an under-strength Australian team made an underwhelming start to the United Cup.

Citing an ankle injury, Kyrgios pulled out of the new mixed-gender team tournament on the day before it began, thrusting Alex de Minaur into the top-seeded match-ups and opening up an opportunity for Jason Kubler.

The world No. 22’s scratching came after three years of sitting out of the Davis Cup and also missing chances to represent Australia at the 2021 ATP Cup and Tokyo Olympics.

The impact of Kyrgios’ latest withdrawal was laid bare on Thursday night, when de Minaur, who had been preparing to face right-handed Dan Evans, was defeated by left-handed world No. 14 Cameron Norrie in straight sets. 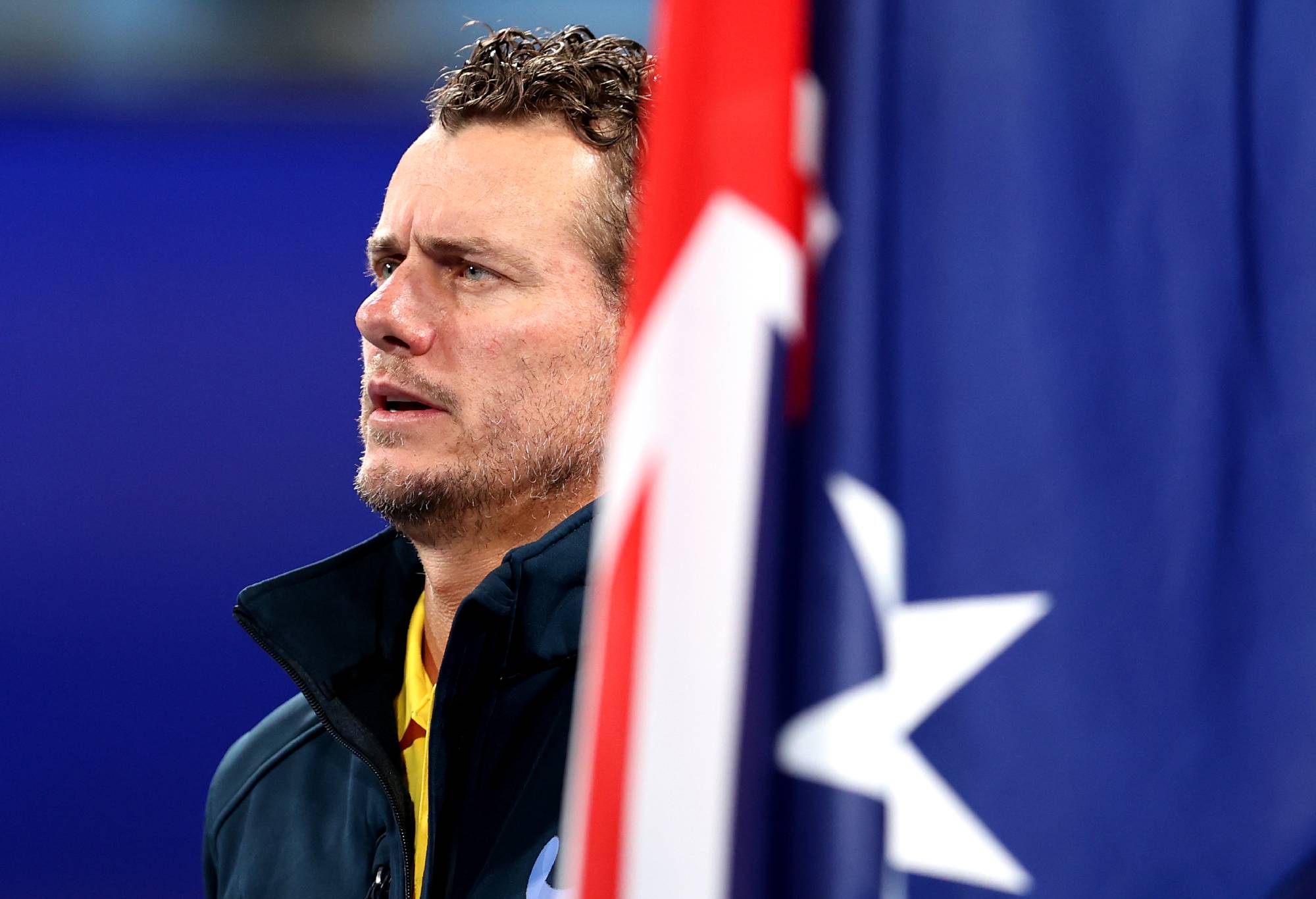 Following criticism, Kyrgios told The Sydney Morning Herald he needed to prioritise his preparations for next month’s Australian Open. But after de Minaur’s straight-sets loss to Norrie, Hewitt said it was the way Kyrgios went about his scratching that was most difficult to swallow.

Despite being captain, Hewitt only learned of Kyrgios’ withdrawal at the same time as the rest of the team: ten minutes before Australia faced the press on Wednesday.

When he tried to contact Kyrgios thereafter, Hewitt did not immediately receive a response.

“For the whole team, it was pretty tough not knowing what was going on the last 24 hours,” Hewitt said. “It was more probably the lack of communication.

“If it was just worrying Nick, that’s one thing, but when it revolves around the team and other people and I guess their preparation … they want to be playing as well as they can not just in this event but also leading into the Australian Open. That’s probably the hardest thing.”

De Minaur refused to blame the last-minute reshuffle for his loss to Norrie, whom he defeated in the pair’s only previous meeting in April.

“Ultimately, I’m ready to play anyone,” he said. “I’ve got to be better. That’s the reality.”

But Hewitt defended de Minaur, saying it was a tough ask to reconfigure plans on the fly.

“I’m so proud of this bloke and the effort and how he makes playing for his country a priority,” he said.

“To have (the change) thrown on him yesterday wasn’t easy. He’s got to play two lefties now, where he was planning on playing two righties. It is completely different. But he’s not going to make excuses, that’s for sure.”

Zoe Hives lost 6-4 6-3 to Britain’s Katie Swan, meaning the locals must win their mixed doubles clash and two singles matches on Friday to claim victory in the tie with Great Britain.

Tennis Australia chief Craig Tiley says Melbourne risks losing the Australian Open to an interstate or overseas city – with Shanghai keen to take it on – unless there is more funding devoted to the precinct, including a new stadium.

Melbourne has a long-term contract for the Grand Slam event and the Herald Sun reports successive Victorian state governments have spent $1bn on a 10-year redevelopment of Melbourne Park.

Tiley told the paper that private equity investors and foreign governments attempted to hijack the event at the height of Covid lockdowns.

“We had a lot of people interested,” Tiley said. “Private equity know that when it’s in good times it’s a very healthy business, very attractive for private equity.

“So there was quite a bit of interest and that was just the beginning of outside interest in the event. And you expect it.’’

Tiley revealed Tennis Australia was cash strapped due to staging the past two Opens before limited crowds, under strict Covid restrictions.

“It’s gone from $80m to zero, pretty much,’’ he said of the TA’s finances. “Basically we’ve got to start building the cash reserve again.’’

He told the Herald Sun the NSW Government had previously made a play to shift the event to Sydney and Chinese interests were keen to take it to Shanghai.

“I know it was discussed and it was argued, absolutely,’’ he said. “From a personal point, the Australian Open should always be in Melbourne – I’ve always advocated for that and I think it is a Melbourne event in my view. But I’m just one person. 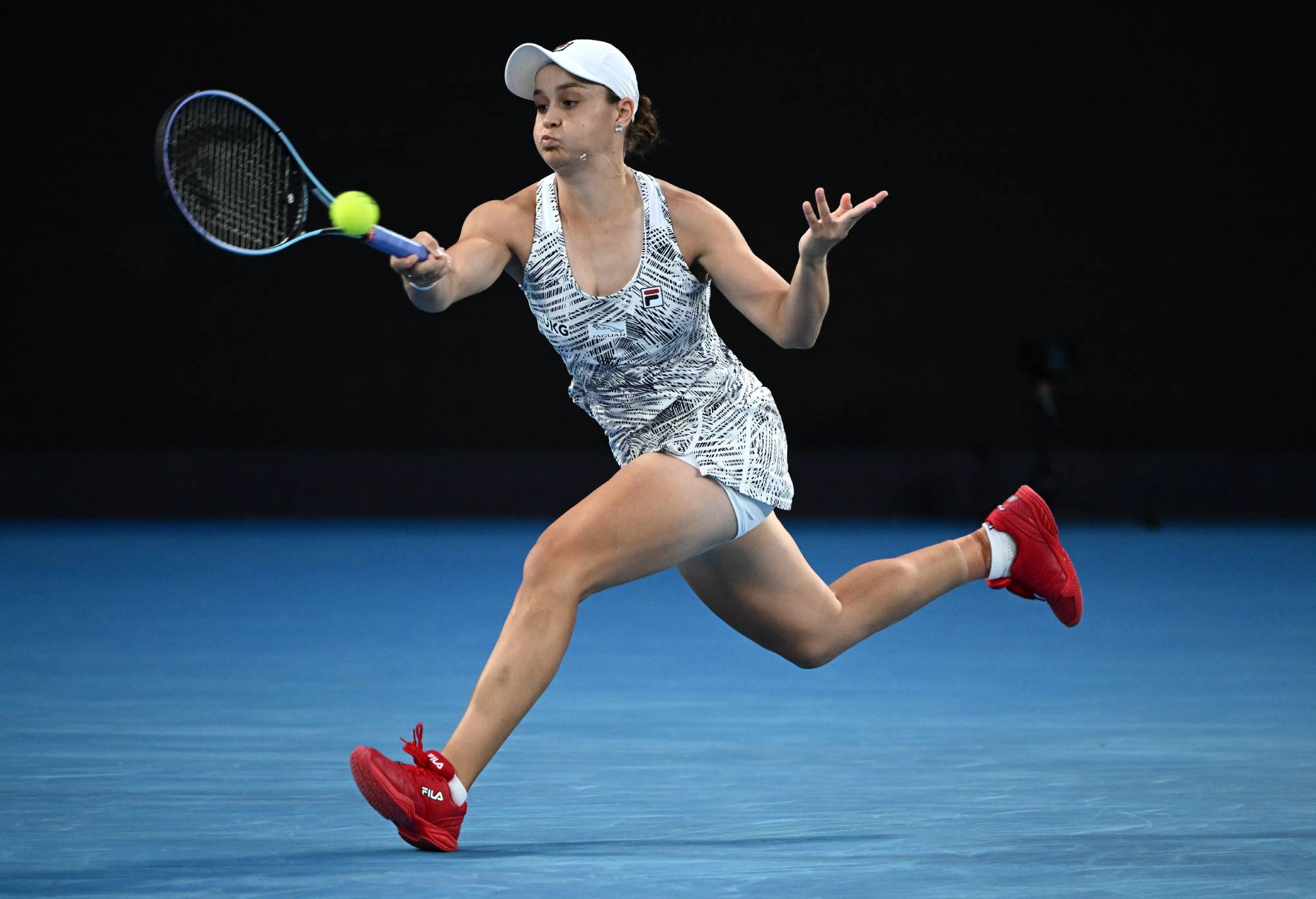 “There is an organisation, there is a board, there are stakeholders and there is also the company for the future.

“To the point where proposals were put on the table around what it would take to move the grand slam to those cities.’’

He said Melbourne Park needed a new stadium and more courts. “We do need to develop another master plan and work with the state government on it,’’ he said.

“A lot of people will say, ‘Oh there is no need. We’ve just finished the redevelopment’. But you’ve got to do it now for the future. And there is going to be a need for another stadium, whether that be a refurbishment or a replacement of John Cain Arena, I don’t know but there will be a need for that.

“There will be a need for more courts, as the event grows onto a three week event. Expansion will be needed.” 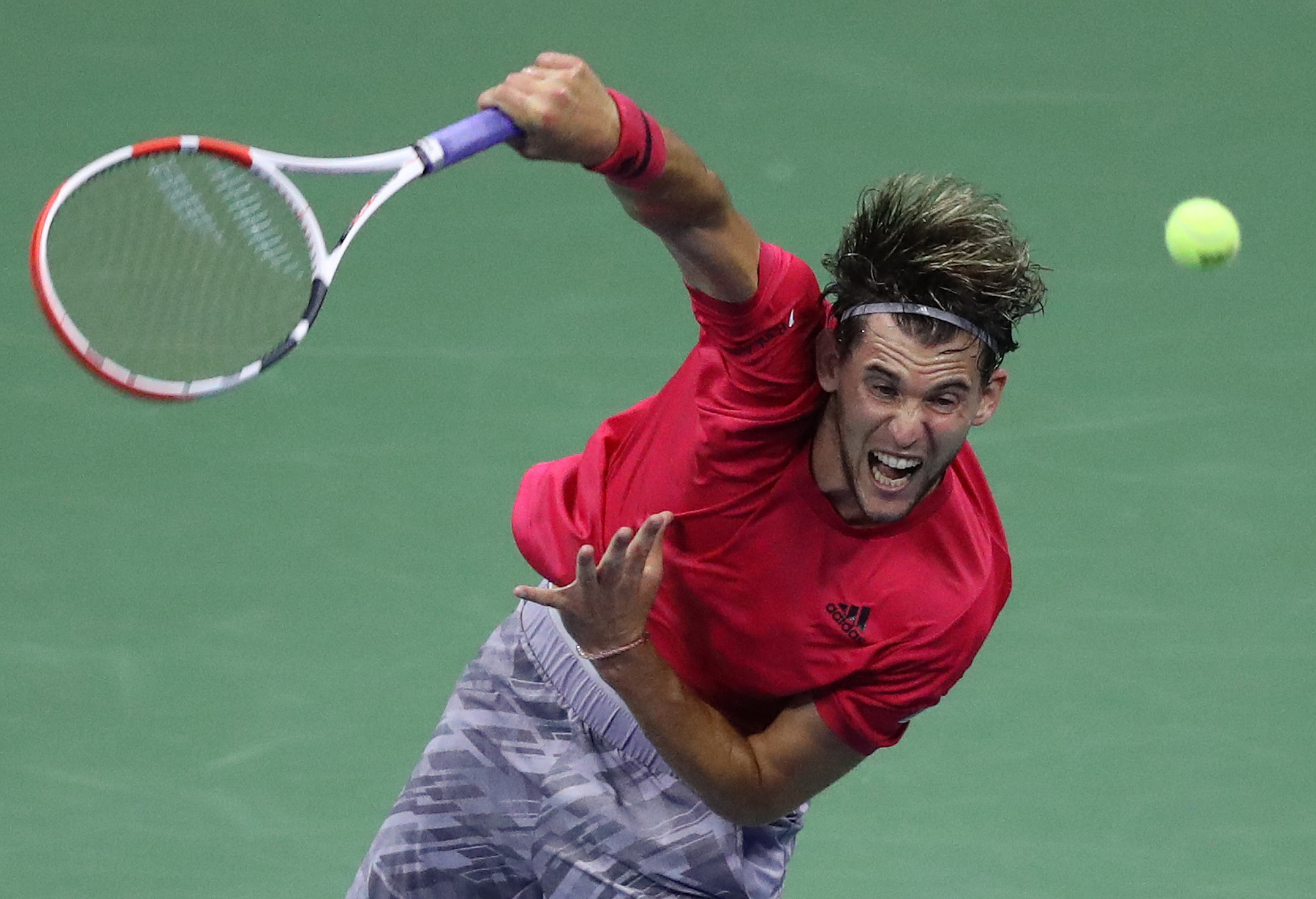 Thiem gets wildcard on comeback trail

Former finalist Dominic Thiem has been handed an Australian Open wildcard after narrowly missing direct entry as he continues an impressive fightback from injury.

The former world No.3 missed this year’s edition of the grand slam after a wrist injury – sustained during the 2021 grass-court season – sidelined him for nine months.

In 2020, the Austrian pushed Novak Djokovic hard before losing the Australian Open final in five sets.

But he broke through for a maiden grand slam singles title at the US Open eight months later,  beating Alexander Zverev in five sets.

He won 22 of his last 33 matches, including semi-final runs at ATP events in Gstaad, Gijon and Antwerp and notched multiple wins over top-20 players.

He has received a 2023 Australian Open wild-card entry along with Americans Taylor Townsend and Christopher Eubanks and French players Diane Parry and Luca Van Assche.

Greece, US off to hot starts at United Cup

Stefanos Tsitsipas has overcome Grigor Dimitrov in a deciding-set tiebreak to give top seeds Greece a commanding 2-0 lead over Bulgaria on day one of the United Cup.

The tough triumph came after compatriot Despina Papamichail prevailed over Isabella Shinikova in a similar manner, coming from a set and a break down to win 3-6 6-4 6-1.

The results gave Greece a perfect start to the mixed teams event, with women’s world No.6 Maria Sakkari poised to enter the fray on Friday. Sakkari will take on Viktoriya Tomova, while Michail Pervolarakis meets Dimitar Kuzmanov.

Tsitsipas has been an Australian Open semi-finalist in three of the last four years and reached the French Open final in 2021, but is yet to win a major.

There is hope 2023 will be the year he makes his breakthrough at Melbourne Park, and his fighting win over the experienced Dimitrov was a positive start to the season. Tsitsipas saved three set points on his own serve before conceding the first break, and set, of the match. He controlled the second set and crucially saved two break points at 3-4 down in the third.

Tsitsipas revved up the crowd after holding to level the set and kept his cool in the tiebreak.

“I was just trying to hang in there and fight. I knew it was not going to be easy,” Tsitsipas told the Nine Network. “Grigor is someone that has done exceptionally well in the last couple of years. Perhaps not his highest in terms of ranking but he’s still got it. He can still compete against the best players in the world.

“I’m glad a found this little gap in between and gave myself a chance to do something in the tiebreaker.”

The US also won both their matches on day one, with Taylor Fritz and Madison Keys beating their Czech Republic opponents in Sydney.

World No.9 Fritz had an impressive 6-3 6-4 victory over Jiri Lehecka, while Keys accounted for Marie Bouzkova 6-4 6-3. The Italy-Brazil tie in Brisbane is evenly poised at 1-1 after rising star Lorenzo Musetti beat Felipe Melegeni Alves 6-3 6-4.

World No.15 Beatriz Haddad Maia had given Brazil a fast start with a 6-2 6-0 thrashing of Martina Trevisan before 20-year-old Musetti hit back for the Europeans.