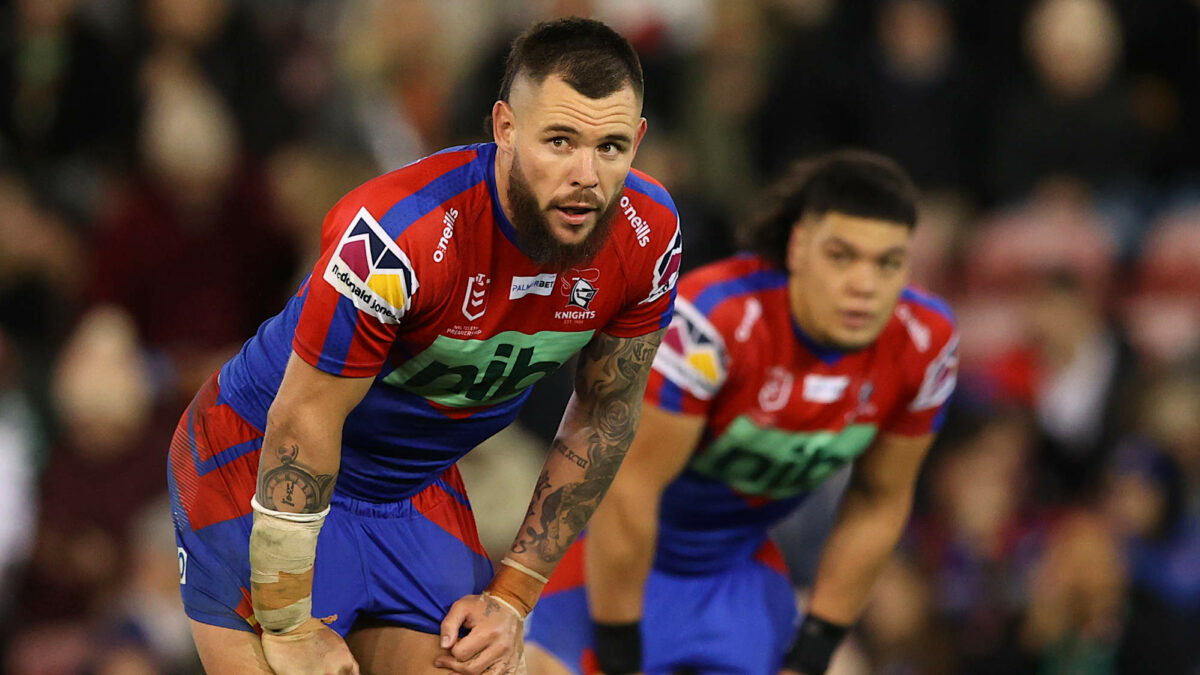 The NRL’s never-ending contract circus will keep on going throughout the off-season with deals for 2023 and 2024 and beyond being hashed out.

Now that the November 1 deadline has passed, preliminary NRL squads for 2023 have officially been announced. But with the rules allowing players off contract next year to sign offers from rivals, clubs are desperate to tie down talent long term.

Newcastle have officially snared Jackson Hastings to play halfback while the Wests Tigers have added veteran prop David Klemmer to their pack in a swap deal.

Each player will be handed a three-year deal at their new club after they had each been under contract for next season only. 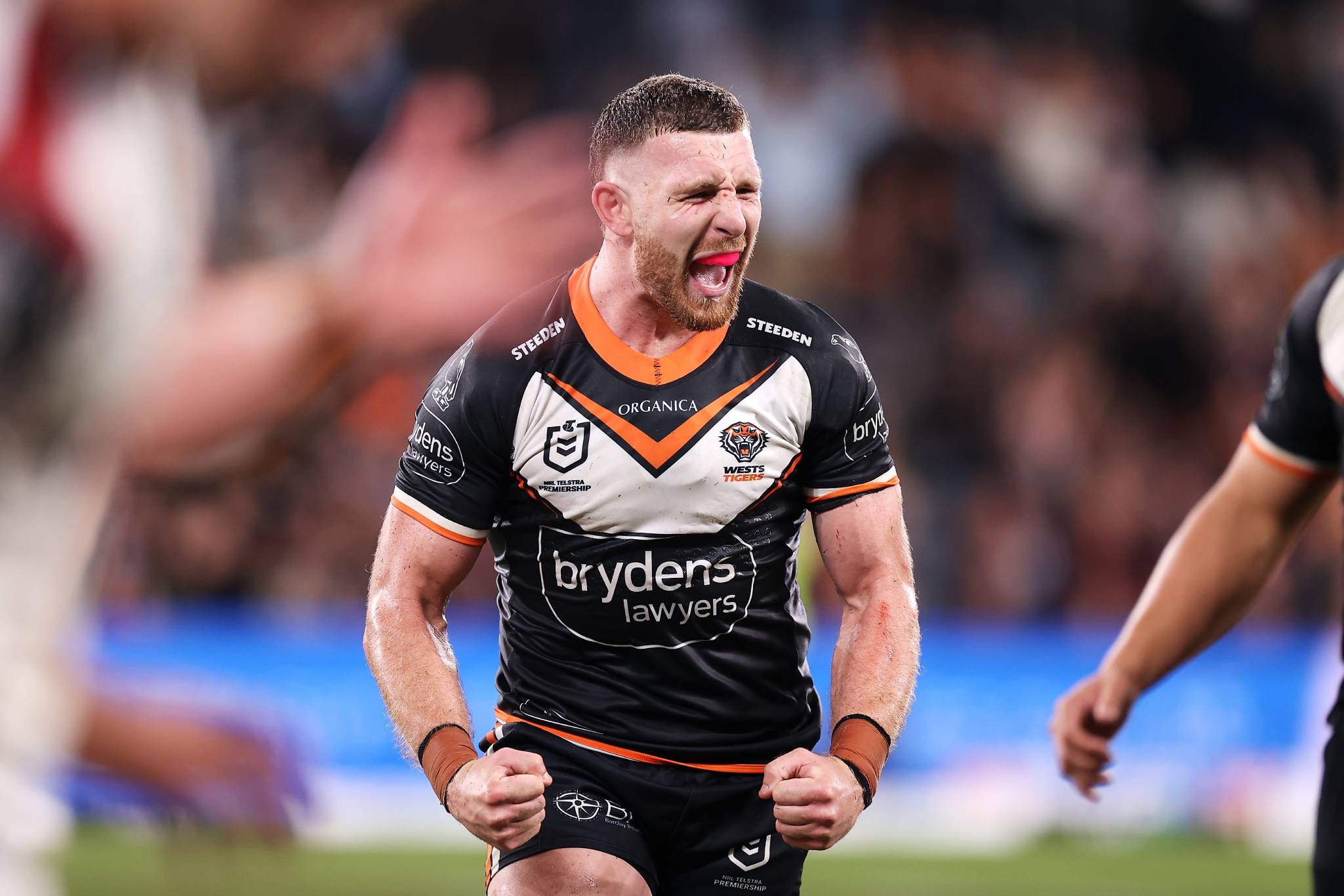 “We are delighted to have Jackson secured,” said Knights director of football Peter Parr. “He complements our playing roster and adds further depth to our halves, with the additional bonus of being a competent goal kicker.

“Jackson is at a stage of his career where he is coming into his prime and we believe his best years are ahead of him.”

Hastings, who previously had stints at the Roosters, Manly and in the Super League, made 16 appearances for Wests Tigers in 2022, before suffering a season-ending ankle injury in Round 20.

The Knights have been searching for a halfback since Mitchell Pearce left 12 months ago and have tried Jake Clifford, Anthony Milford and Adam Clune in the role with limited success while Tyson Gamble is another option after switching from Brisbane in the off-season.

Klemmer has been unhappy at the Knights and was stood down for a week by the club late last season after giving a trainer a verbal spray when refusing to be replaced.

His addition to the pack offsets the loss of veteran skipper James Tamou, who has joined the Cowboys.

Klemmer adds a wealth of experience to Wests Tigers’ young squad having played 194 NRL games across ten seasons with both Canterbury Bulldogs and Newcastle Knights. The 28-year-old has played 19 Tests for Australia and 14 Origin games for New South Wales and is keen to make an instant impact.

“I can’t wait to rip into pre-season training, and I’m really excited about what’s ahead for us,” said Klemmer. 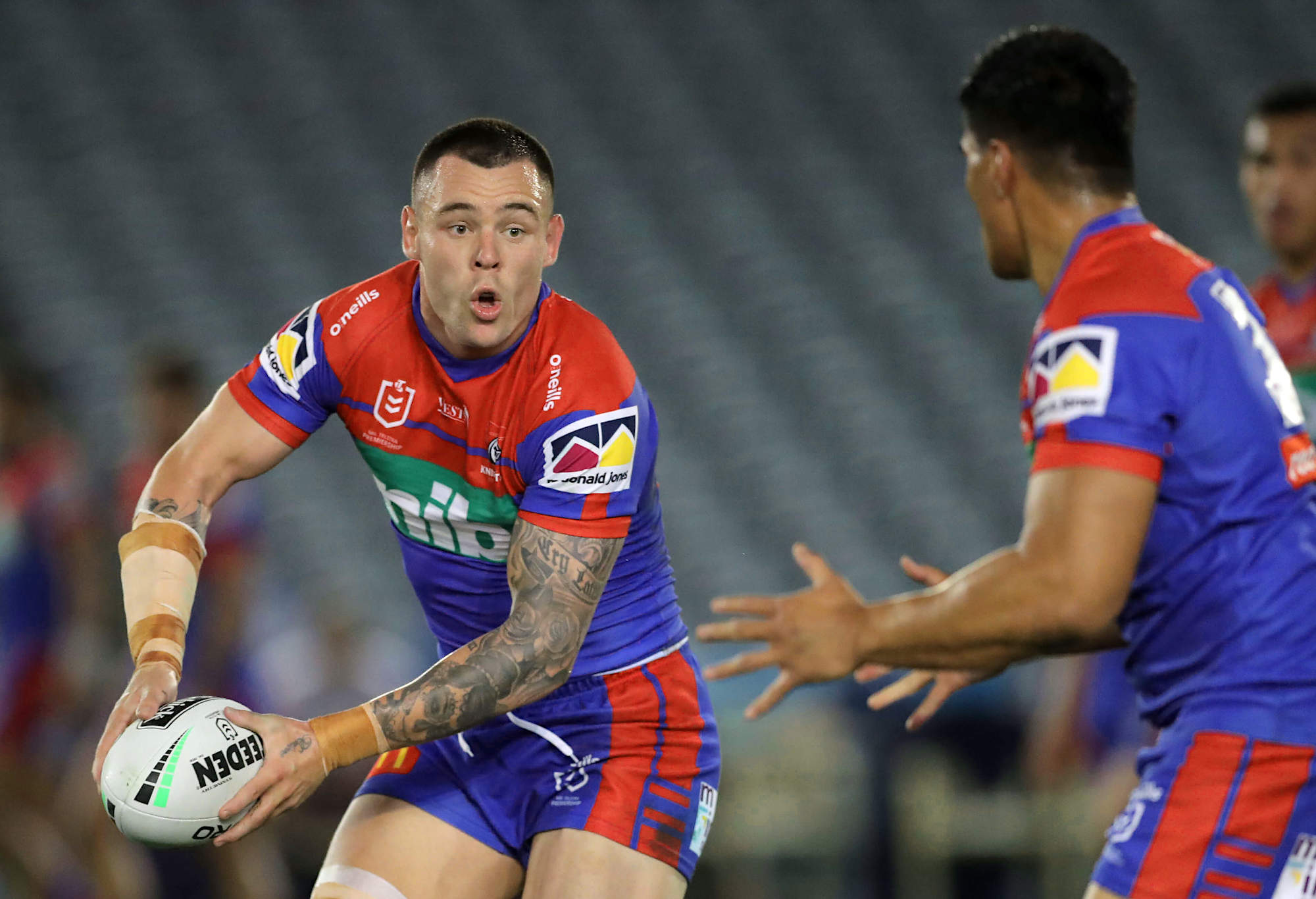 “I know Tim (Sheens) well through our time together with the Kangaroos and there’s a lot to like about where the club is headed. In many ways it’s a new start for the club, and I’m delighted to be a part of it.

“I want to make a difference here and that includes helping some of the younger players who haven’t played a lot of first grade yet.”

Head coach Tim Sheens believes Klemmer has much to offer both on and off the field.

“We all know what David can do. He’s been one of the most dominant forwards in our game for many years.“I’m delighted he’s joined us, and I think he’ll be a great asset to the club.“We have a lot of young players coming through our system and I know he will have a good influence on them.”

Hastings’ departure to the Knights comes after they tried to negotiate a deal with the Tigers last year to sign Luke Brooks. Sheens looks set to start next season with Brooks and Adam Doueihi as his preferred starting halves duo.

The Tigers have recruited Panthers hooker Api Koroisau and Parramatta second-rower Isaiah Papali’i and are trying to lure former Raiders forward John Bateman back to the NRL.

Meanwhile, Warriors forward Jazz Tevaga has extended his deal until the end of 2024.

The 27-year-old, who can fill in at hooker or lock, said he thought the club was ready to rise up the ladder under new coach Andrew Webster now that they’re back home in Auckland after three years of being relocated in Australia due to the COVID-19 pandemic.

The Warriors have added to their backs by signing former Dragons centre Brayden Wiliame who has been plauing with Perpignan in French rugby on a two-year deal.

Manly’s player of the year Lachlan Croker has signed a contract extension that will keep him at the Sea Eagles until at least the end of 2024.

Dragons hooker Andrew McCullough has announced his retirement – the veteran became a member of the 300 Club during the 2022 season, and finishes with 309 first grade games for Brisbane, Newcastle and St George Illawarra.

Parramatta have signed 22-year old second-rower Matt Doorey after 18 NRL games for the Bulldogs since 2020 and brings depth to the edge on a two-year deal. Fellow back-rower Toni Mataele has re-signed until the end of 2025.

North Queensland hooker Reece Robson has parlayed a career-best season into a two-year contract extension that keeps him in Townsville until the end of 2025.