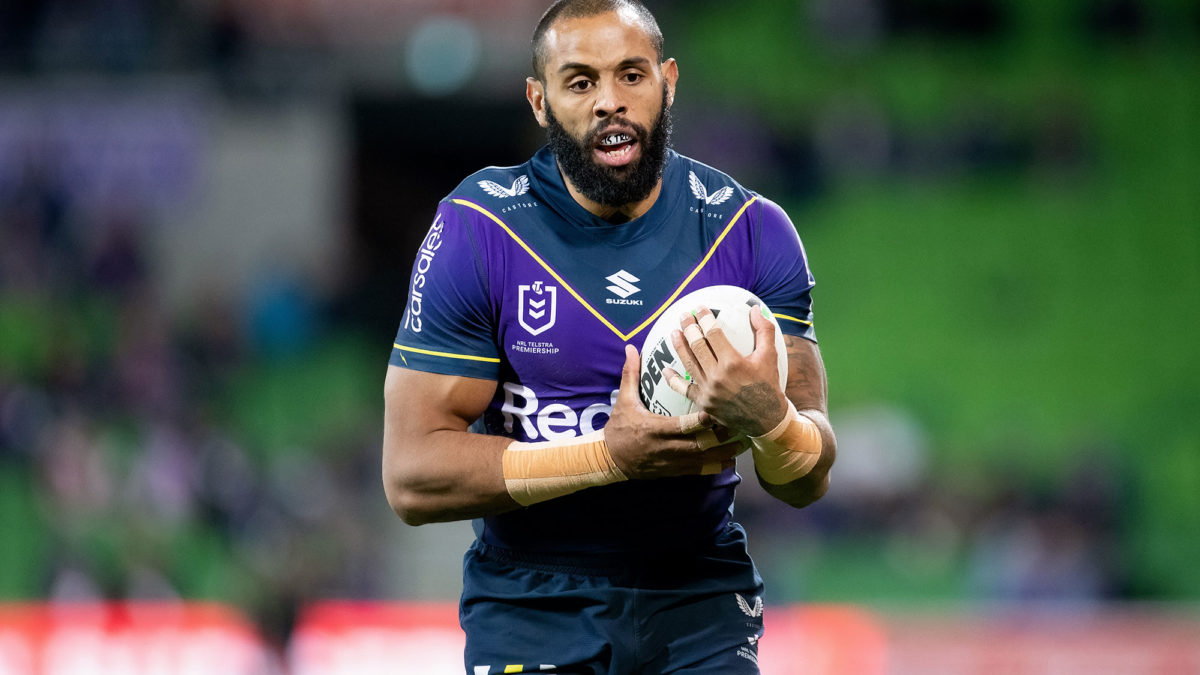 The NRL preliminary finals teams have been revealed.

The Melbourne Storm will be buoyed by the return of State of Origin winger Josh Addo-Carr from a hamstring injury ahead of Saturday night’s second preliminary final.

His inclusion – at the expense of Isaac Lumelume – is the only change for the Storm as they gear up for a mouthwatering grand final rematch.

Melbourne are also buoyed by Brandon Smith’s naming after fears he could have suffered a facial fracture in their qualifying final win.

Their opponents, the Penrith Panthers, however, could be down an Origin winger of their own with Brian To’o only named among the reserves as he races the clock to recover from an ankle injury.

Mitch Kenny – who was at the centre of last week’s trainer controversy – has succumbed to his ankle injury after all and has been replaced by Tyrone May on the bench.

The South Sydney Rabbitohs and Manly Sea Eagles have made no changes to their respective sides.

CHECK OUT THE FULL TEAMS