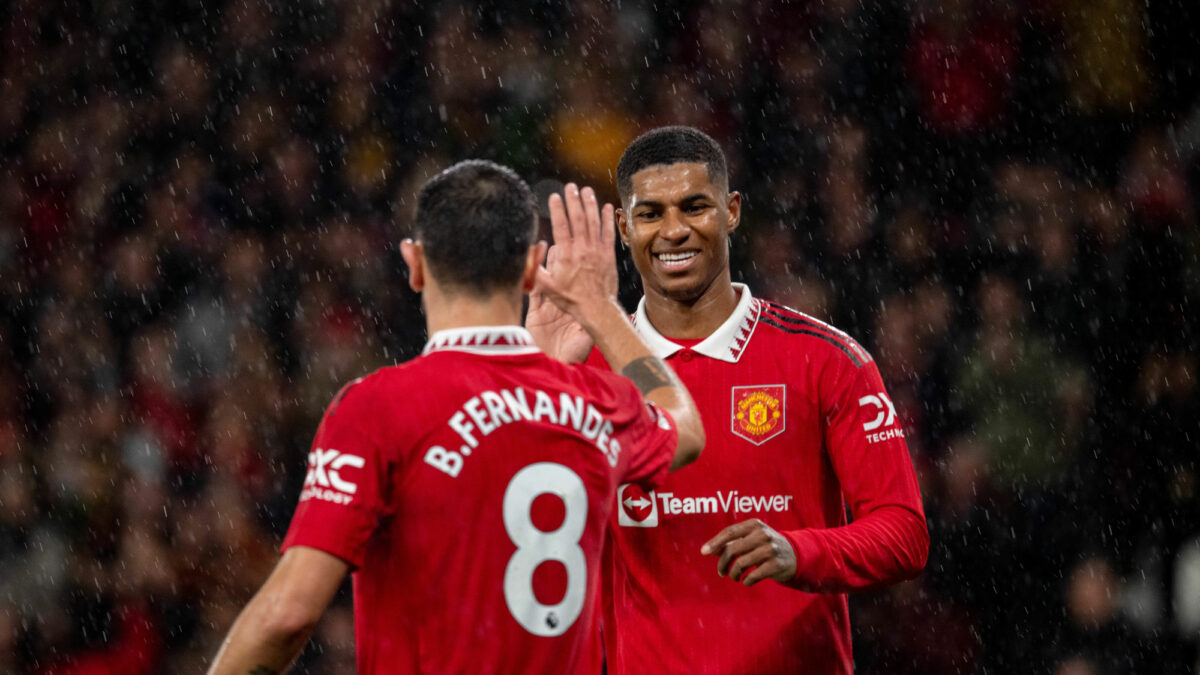 The ever-changing interpretations of the offside rule are front and centre again after a controversial decision allowed Manchester United to equalise in the derby against Manchester City – before Marcus Rashford nicked a late winner for the Red Devils.

Rashford was the centre of the offside call: he was clearly off as he chased a loose ball, and knowing as much, made no contact with it, allowing Bruno Fernandes to run on and score. It was initially ruled out, but after a VAR intervention, the goal was given.

City were outraged at the decision, with Rashford deemed inactive despite being in close proximity to the ball and influencing the actions of defenders, notably goalkeeper Ederson who rushed from his line. Yet, under the current interpretation of the rules, it was correct.

Pep Guardiola’s men had taken the lead on the hour mark via Jack Grealish – introduced just moments before – but the momentum was all with United, who won it late when Rashford turned home a Alejandro Garnacho cross.

United are now just a point behind City in the table, having lost just once since they went down 6-3 to their rivals in early October.

Elsewhere, it was a horrendous day for Merseyside as both Liverpool and Everton suffered bad defeats. The Reds lost 3-0 at Brighton, as Solly March scored twice and substitute Danny Welbeck added a third, while their neighbours threw away a 1-0 lead to lose 2-1 to fellow strugglers Southampton.

Jurgen Klopp’s men face a fight just to qualify for the Champions League after this latest blow, which left them seven points off fourth-placed Newcastle.

“Everything went wrong from the start to the end. Brighton were better than us in all departments. It’s a real low point as a team,” Liverpool captain Jordan Henderson said. “It’s a tough moment but we need to get together, stay together, and try to change things quickly.”

On a day when Everton’s board of directors were instructed not to attend their home match with Southampton because of a “real and credible threat to their safety and security,” the team’s hopes of league survival took another blow after a 2-1 loss.

Amadou Onana had put the hosts in front, but two goals from James Ward-Prowse – the second a trademark free kick – saw Saints turn it around.

“We have to take responsibility, myself first. We have to do better,” Everton manager Frank Lampard said.

Nottingham Forest have lost just one of their last six league games and are five points clear of the relegation zone after dispatching Leicester.

Ivan Toney scored his 14th goal of the season in Brentford’s 2-0 win against Bournemouth. The striker converted a first half-penalty, which continued his perfect record from the spot for the Bees, with 21 scored from 21 attempts.

Nottingham Forest boosted their chances of survival by beating Leicester 2-0, and Wolverhampton Wanderers topped West Ham 1-0 to move out of the relegation zone.