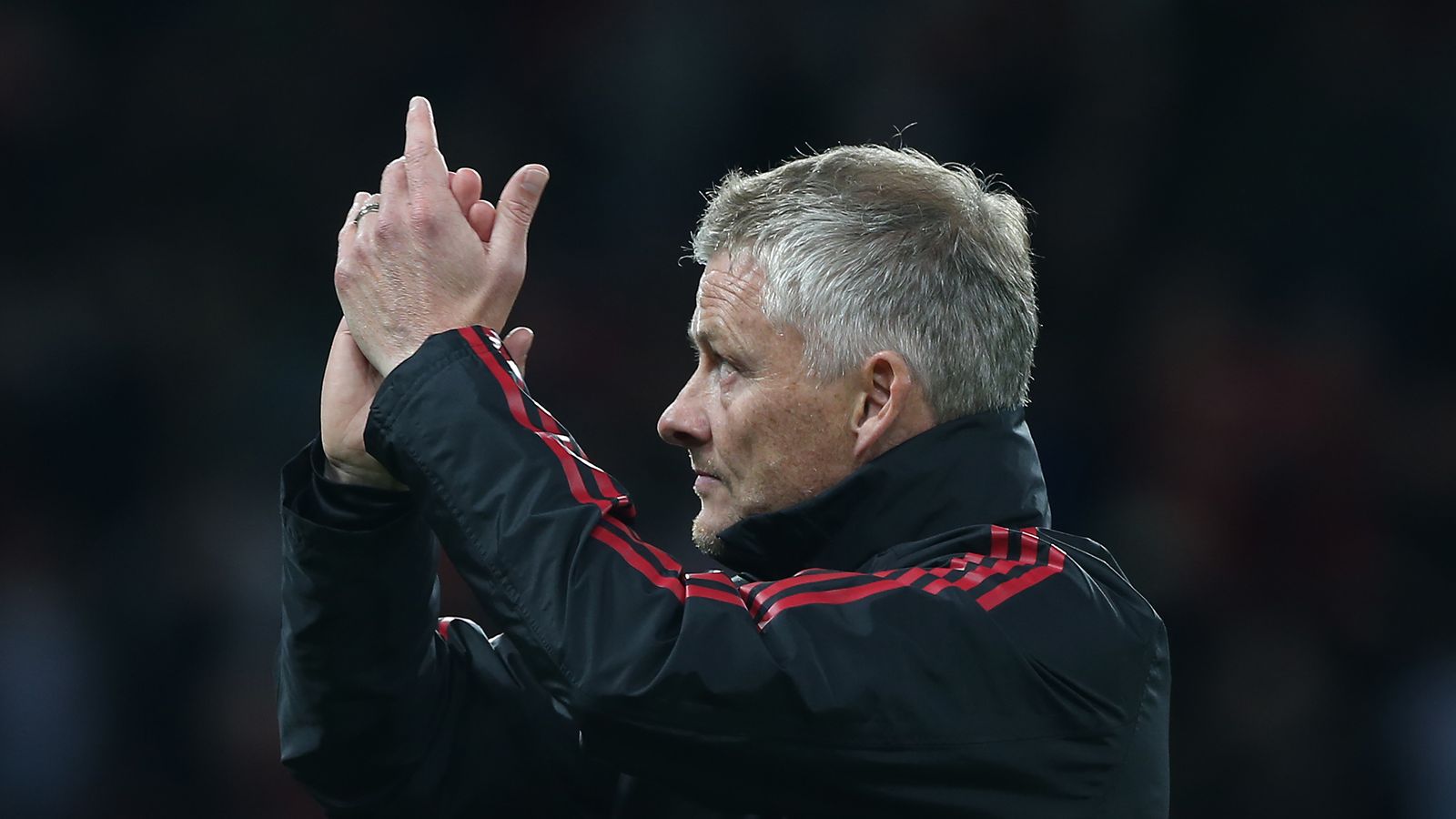 Ole Gunnar Solskjaer praised his players for “having a go” despite being knocked out of the Carabao Cup in the third round by a much-changed West Ham.

Manuel Lanzini fired West Ham to a 1-0 win, their first victory at Old Trafford since 2007, as underwhelming United bowed out of the competition they had reached the semi-finals in the last two seasons.

Both sides made a combined 21 changes but United played a second string that included the likes of Jadon Sancho and Anthony Martial and that were joined from the bench by Mason Greenwood and Bruno Fernandes. Solskjaer’s men could not find a way past a resolute and clinical Hammers, who rested Tomas Soucek, Declan Rice and Michail Antonio.

United have yet to win a piece of silverware under Solskjaer with the club’s run of four years without a trophy the longest barren run since 1989.

“It was a poor start again, that needs addressing,” Solskjaer told Sky Sports.

“After that we played well for long periods and gave it a good go. Stats don’t mean anything but when you’ve got 27 shots you know the boys have given it a good go.

“We didn’t create big chances but we created pressure. Mason Greenwood had a big chance but sometimes that pressure doesn’t come to anything. Of course, in the last few minutes we had to go gung-ho and they could have scored another.

“You want to go through but it’s a long season. Everyone gave it a good go. I can’t fault their attitude. We’ve got big games coming up and that’s the decision we made.

“We’re at the start of the season, we know it’s going to be a long journey. Champions League, FA Cup, Premier League – we’ve got lots of games. We just keep doing what we’re doing to try and get results. We’ve started the season OK, apart from being out of this cup, which isn’t great. And we haven’t had a good result in Europe but we’ll be ready for Saturday.”

‘Noble got lucky, it was a penalty’

Solskjaer says United were denied a “clear penalty” when Mark Noble pulled down Jesse Lingard shortly after Lanzini scored what proved to be the winner.

Noble was handed a rare start by David Moyes in midfield, this despite missing a last-minute penalty with his first touch off the bench in a 2-1 Premier League win for United at the London Stadium when the sides met on Sunday.

Solskjaer said: “It’s a penalty on Jesse. You can’t pull his shorts when you are on the way down. Mark [Noble] was unlucky on Sunday and lucky with that one today.”

However, Noble felt that Lingard, his team-mate from last season, dived and says he told him so afterwards.

He told Sky Sports: “That’s football, he dived and I told him off for screaming, funnily enough he didn’t really do it at our place but he does it here.

“We had a laugh on the pitch today, I love Jesse, he’s a great character and I’m so pleased he’s come here and getting his chance, he’s scored some fantastic goals obviously the one against us was hurtful, he’s a great lad and he deserves everything he gets.”

This season’s Carabao Cup will not be providing United with their first silverware since 2017, but West Ham can dream after a performance that impressed their first-team coach Stuart Pearce.

“Obviously we’re delighted with the result,” he said. “It’s a really tough place to come.

“We had to sustain pressure for periods of the game but I think we started the game very well, deservedly got in front and at the end of the game potentially could have two goals and maybe make the evening a little bit more comfortable
for us bystanders in the stand.

“We’re delighted, we got real togetherness at this football club, and the players were fantastic tonight.

“We were really disappointed we didn’t get something for the weekend.

“I think on the day we were at least worthy of a point so we’re disappointed with that but United are an outstanding team, with a lot of talent within their group.

“We’re just aspiring to challenge the likes of United but the way the manager has got this club going and pulling for each other and a real togetherness, from the terraces right the way down, is absolute credit to David, really.”