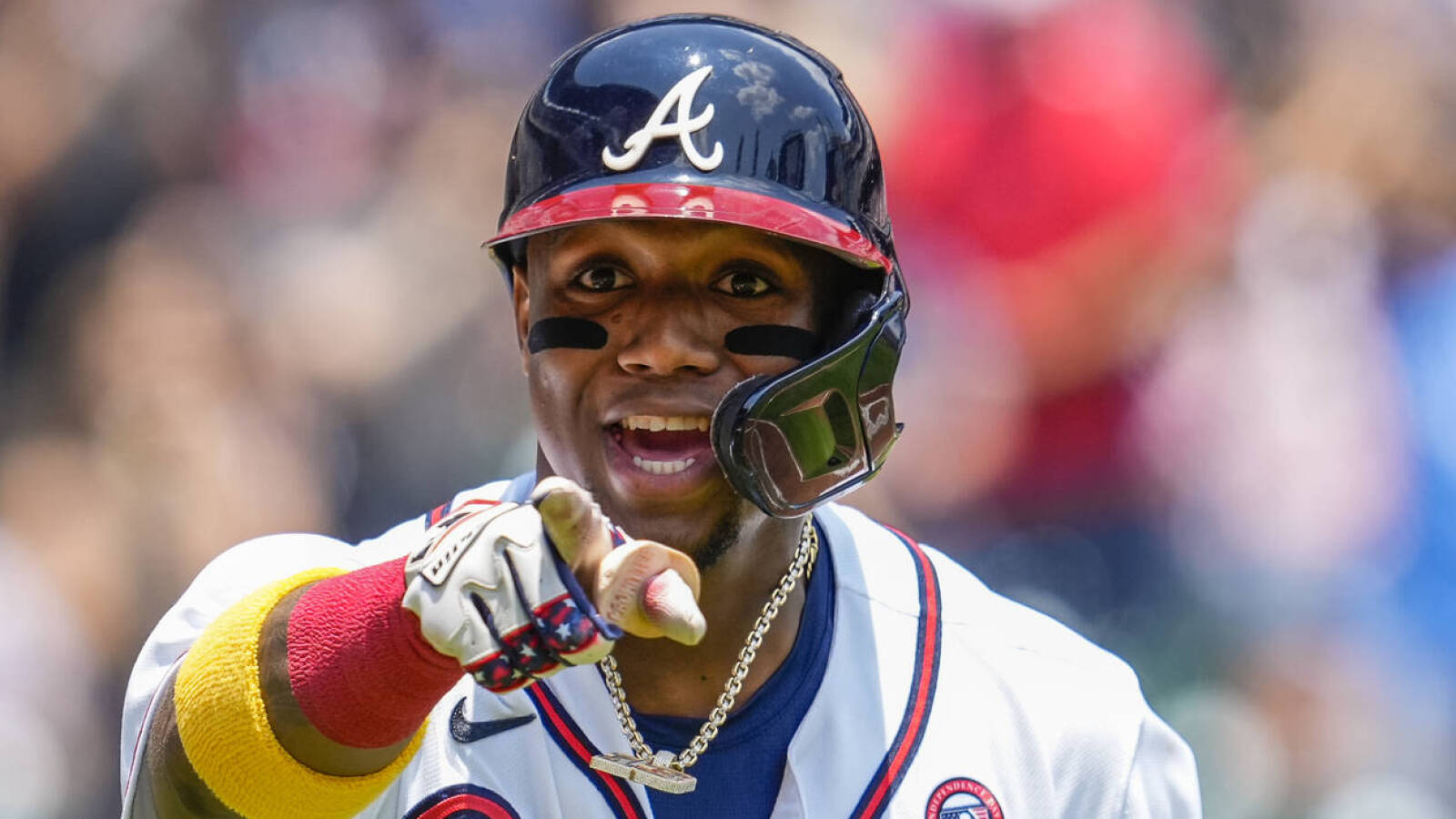 After an eventful MLB offseason, some teams have high hopes for 2022, while others are taking a long-term view. Entering the season, these are the top storylines for all 30 teams.

Arizona’s pitching staff has underperformed recently, so the hiring of former Astros pitching coach Brent Strom was a proverbial home run. He’s been credited for part of Houston’s recent success, and the hope is that he will be able to work wonders with Madison Bumgarner, Zac Gallen, Luke Weaver, and others.

Atlanta managed to win a World Series without Acuna, but he would sure help if they want to win again. Acuna is recovering from a torn ACL and is scheduled for a late April or early May return.

Baltimore will finally see some of the fruits of their recent losing seasons, with several elite prospects on the cusp. It will likely start with catcher and former No. 1 overall draft choice Adley Rutschman around Memorial Day, but pitchers Grayson Rodriguez and D.L. Hall are right behind him.

Sale was set to be Boston’s ace again this season, but a rib injury could keep him out for all of April. Boston has the pitching staff to withstand some losses, though the staff is now looking much thinner.

The Cubs had a busy offseason, with the headlining signings of Suzuki and Marcus Stroman. For a lineup that lost so much talent last year, Suzuki could be the replacement the team desperately needs as an athletic outfielder who could set the table.

The rich got richer in the offseason as an elite bullpen already headlined by Liam Hendriks, Craig Kimbrel, and Garret Crochet added Kendall Graveman and Joe Kelly. Manager Tony La Russa will be able to mix and match behind an excellent starting rotation.

Cincinnati’s ownership hurt fans’ morale by cutting salary by getting rid of Wade Miley, Sonny Gray, Jesse Winker, and Eugenio Suarez. The result is a team that doesn’t look as good on paper, though the Reds still have some notable players like Joey Votto, Tyler Mahle, and Luis Castillo. However, if Cincinnati crashes this season, fans will have some bad words for ownership.

Losing franchise players has become all too familiar for Cleveland over the last 30 years, and Ramirez could be next. He’s signed through next season, but the team could opt to cash in while his value is at its highest if they are unable to compete in the AL Central this season.

The Rox lost Trevor Story from last year’s squad, but they showed a winning effort by adding Kris Bryant, Randal Grichuk, and Jose Iglesias during Spring Training. Adding to power bats like C.J. Cron, Ryan McMahon, Charlie Blackmon, and Brendan Rodgers, Colorado has a chance to put together a formidable lineup again.

The Tigers struck big in the offseason, signing Javier Baez, Eduardo Rodriguez, and Michael Pineda. The plan is to try to mesh those veterans with a young team that has multiple elite prospects close to the majors, including hitters Spencer Torkelson and Riley Greene. If the young pitching can make strides, the Tigers have a chance to challenge for a playoff spot.

The Astros have lost a franchise player for the third consecutive year, losing Gerrit Cole, George Springer, and Correa over the last three offseasons. Correa’s loss could be the toughest to replace, with top prospect Jeremy Pena and veteran Niko Goodrum as the top candidates. With Seattle and the Angels making strides in the AL West, the Astros need their new shortstop to fill some of the void.

Witt could be the most hyped prospect in years, and he’s backed up the hype this spring. KC has been aggressive with their prospects in the past, so it will be interesting to see if Witt is able to break camp with the team. He does give Royals fans reason to be excited.

The Angels had AL MVP Shohei Ohtani last season, but still had a terribly disappointing season due in large part to injuries. High-priced hitters Mike Trout, Anthony Rendon, and Justin Upton have developed injury-prone reputations, and new pitcher Noah Syndergaard has a similar injury history. The health of the team could determine their prospects in 2022.

The Dodgers have a tremendous roster with or without Bauer, but his status continues to hang over the team. MLB has yet to make a decision on his future following allegations of domestic violence, and he was not charged legally. At the very least, it’s looking unlikely that the ace will be around for Opening Day.

Few teams in MLB have more young pitching talent than the Marlins, who added Jesus Luzardo last season to a rotation that already included Sandy Alcantara, Trevor Rogers, Pablo Lopez, and Elieser Hernandez. The Marlins also have young pitchers Edward Cabrera and Max Meyer not far behind, with injured pitcher Sixto Sanchez also in the conversation for the second half of the year.

The Brewers had an impressive Big Three with Corbin Burnes, Brandon Woodruff, and Freddy Peralta last season. Adrian Houser has also been a reliable backend starter, and Eric Lauer had a sub-3.00 ERA in the second half of the season. Milwaukee often used a six-man rotation last season, and young sinkerballer Aaron Ashby could complete the best rotation in the game.

Minnesota made plenty of noise this spring, acquiring Sonny Gray, trading Josh Donaldson and Mitch Garver for Gary Sanchez and Gio Urshela, and then signing shortstop Carlos Correa. The team looks very different than the one that entered 2021, but that might not be a bad thing.

Steve Cohen has continued to cause a stir with one of the biggest and most expensive offseasons in recent memory. He opened his wallet to acquire Max Scherzer, Starling Marte, Eduardo Escobar, Mark Canha, Chris Bassit, and others. The team looks clearly better on paper, but they are also in a tough NL East division.

The Yankees didn’t make the headlining move that many expected during the offseason, but the addition of Josh Donaldson and re-signing Anthony Rizzo gives the team enviable power. That duo adds to Aaron Judge, Giancarlo Stanton, Joey Gallo, Gleyber Torres, and DJ LeMahieu to make one of the scariest lineups in baseball.

The A’s are in full sell mode after years of playoff contention. The team allowed Mark Canha to walk in free agency and traded faces of the franchise like Matt Olson, Matt Chapman, and Chris Bassitt. Oakland could have more work to do before the season begins, and it will likely mean a lot of losing in 2022, unfortunately.

Not only do the Phils have defending NL MVP Bryce Harper, top catcher J.T. Realmuto, and first baseman Rhys Hoskins, but Philadelphia gave big money to outfielders Nick Castellanos and Kyle Schwarber. Scoring runs shouldn’t be a problem, but the Phillies need better pitching performance to compete in the NL East. Aaron Nola has pressure to improve behind Zack Wheeler, while Ranger Suarez, Kyle Gibson, and Zach Eflin will also need to perform well. The bullpen is an even bigger issue, but the team hopes Corey Knebel can come through as the new closer.

Like the Orioles, Pittsburgh is still playing for the future and losing in the process. There are few players on the current roster worth watching beyond Bryan Reynolds, but Oneil Cruz, Nick Gonzales, Roansy Contreras, and others should be ready at some point this season.

San Diego finished below .500 last season despite a very talented roster, and the coaching staff took the fall. Former A’s manager Bob Melvin came on board and is bringing a new coaching staff with him. A fresh voice could be just what the roster needs.

San Francisco beat out the Dodgers in the NL West, to the shock of many in the baseball world. They will have a top time matching that success after Buster Posey‘s retirement, not to mention the departure of ace Kevin Gausman. The team has still been aggressive in the offseason, adding big names like Carlos Rodon and Joc Pederson, but the losses won’t be easy to replace.

The Mariners overachieved to win 90 games last season. With a top farm system ready to help, Seattle was still aggressive in the offseason with huge additions like Robbie Ray and Jesse Winker. With young players Matt Brash and Julio Rodriguez also ready to help, Seattle could challenge Houston in the AL West.

The Cardinals need a lot to go right to compete in the NL this season, and the early returns aren’t promising. The team will be without Jack Flaherty and Alex Reyes to start the year due to arm injuries, putting more pressure on other arms like Adam Wainwright and Steven Matz.

The Rays have made the playoffs in three consecutive years despite losing elite talent. The path will be difficult again this year as Tyler Glasnow is out for the season, and Nelson Cruz departed in free agency. The AL East also looks better than ever, with the Yankees, Red Sox, and Blue Jays making notable improvements.

The Rangers spent big money on Marcus Semien and Corey Seager in the offseason, along with smaller moves like Jon Gray and Kole Calhoun. The team still has a lot way to go after losing 102 games last season, but the new, elite middle infield gives the team reason for hope.

Facing a Blue Jays roster will be tough enough, but Toronto is set to have another big home-field advantage this season. Canada’s border restrictions will prevent unvaccinated players from participating in games at Toronto, which could give the Jays yet another edge. It’s a story that could make a difference in the AL East.

Soto is already on a historic track in his development through his age 22 season. Washington would obviously love to keep him around long-term, but Soto has already reportedly turned down extension offers with winning a priority. The Nats roster probably won’t do much winning this year, though they did add Nelson Cruz in the offseason. Keeping Soto happy could be difficult if the team doesn’t turn it around soon.