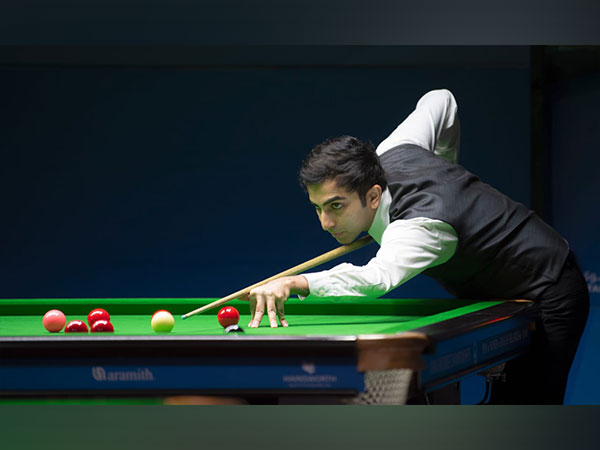 Advani defeated recently crowned world champion Ahsan Ramzan of Pakistan 4-1. Ahsan took the initial lead in the first frame but the moment he missed, Advani secured the frame 73-38. In the second frame, Advani posted a break of 50 points and obtained a comfortable 2-0 lead. Though Ahsan returned to the game with a break of 58 and cut the deficit 1-2 Advani was fully focused and sent a century break of 102 points to maintain his lead 3-1.

The fourth frame was close where Advani obtained the initial lead with a break of 44 points when he missed a crucial red pot and Ahsan attempted a comeback with a couple of visits.

After the match, the Champion said, “I have got great insights from my dear competitors and the matches so far have been great. I am looking forward to maintaining my consistency.”

Meanwhile, Amir Sarkhosh secured his match at the cost of one frame. He defeated Hwang Chulho from South Korea 4-1. Hwang played brilliantly in the first frame and won 88-01 but after that Amir controlled the game to secure the second frame 94-38.

The third frame was tight and went till the last colour balls where Amir had an extra edge to lead 2-1. In the next frame, Amir crafted a break of 76 to lead 3-1 and then also won another frame 61-42 to close the proceedings 4-1.

With that win, Amir Sarkhosh managed to qualify for the knockout stage along with Hwang Chulho leaving aside Lkhagvadorj Ochirbal of Mongolia who missed the bus by one frame.